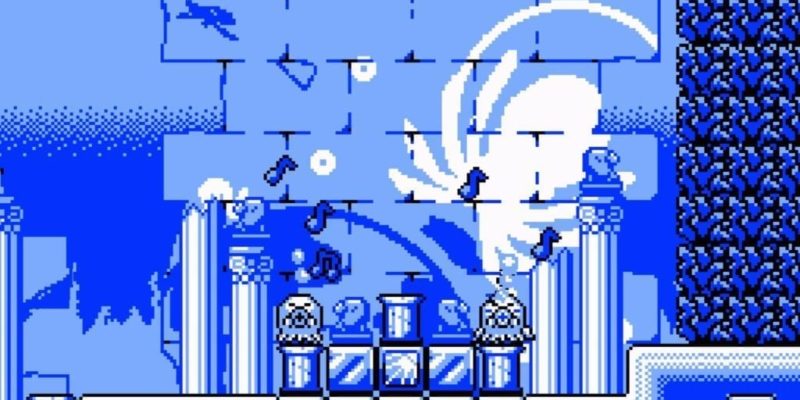 If there’s one system’s graphical style I had no interest in seeing again, it was absolutely the original Game Boy’s. The lack of color and extremely simple visuals make playing most of those games a chore. So, I was really surprised to see that Save Me Mr Tako was a modern game designed to look like a Game Boy game. I have to admit, the way the game looks definitely made me want to see what it had to offer.

Astoundingly, one of the strongest things about Save Me Mr Tako is the story. Retro throwback games frequently imitate the stories of the games that inspired them, which is to say they barely focus on story. But this game has a lot of dialogue and cutscenes with a really engrossing plot. It starts with our hero, Tako, joining his octopi brethren in an assault on the human world. The octopi nearly kill a young woman, but Tako simply can’t stomach it and saves her. This leads him on a quest to reconcile the humans and octopi, which threatens the very world itself.

Suffice to say, I was kind of blown away by this. The story is really, really good. It has a strong theme, good dialogue, and a large cast of characters. As far as platformers go, Save Me Mr Tako may have the best plot I’ve ever seen. It’s paced really well, with lots of twists and turns and fleshed-out lore. The writer did a great job with it, as the story kept me invested the entire time. The story also gets extremely dark, with a focus on war and hatred. This might look like a cutesy game, but the subject matter is anything but. 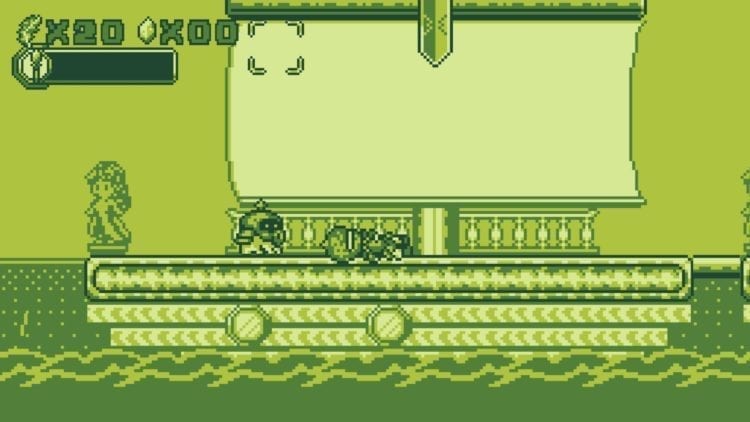 Nothin’ to see here. Just a dead guy on a boat.

Save Me Mr Tako Excels Visually And Control-Wise

Visually, the game is very charming. Yes, it has the coloring and detail of a Game Boy game, but the graphics are charming. All of the sprites are really cute and well-animated, and there are very strong visual differences between the game’s levels. Save Me Mr Tako even lets you cycle through Super Game Boy-style color filters which can spruce the game up further. However, there are issues with enemies and items blending into the background due to being the same color. I died a lot of times due to not realizing that enemies were even there. There’s a reason Game Boy games had extremely simple backgrounds.

Save Me Mr Tako has strong gameplay as well. It’s primarily a platformer, leading to a lot of running and jumping. The controls are tight and the jumping feels great. Everything is responsive and feels solid. Tako also has an attack that primarily stuns enemies in place with ink. He can then use them as platforms, which is a lot of fun. You can also collect 50 hats that give you special abilities, such as throwing bombs, shooting arrows and running extremely fast. These hats offer a lot of variety in regards to the general gameplay and are often very out-there.

The game structure echoes Kirby games, at least on the surface. You’ll access the levels through doors in a handful of hub levels. Beating a level will create another door and so on. When you complete a level, a star appears over the door if you found everything and a checkmark appears if you didn’t. There’s a lot of stuff to uncover, so completionists will likely have their hands full with this game for a while. 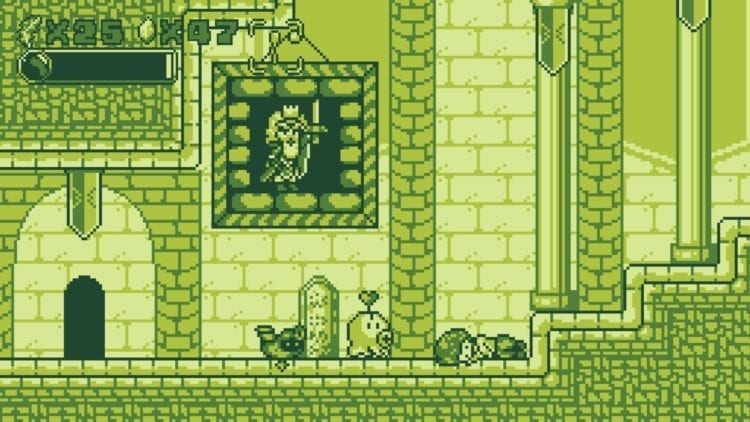 You can jump into paintings and learn things about the people in them! I don’t know how that works!

On paper, and judging from the way the game plays and looks, Save Me Mr Tako should be a wonderful game. And I really wish it was. However, it’s massively held back by some truly awful design choices that I just don’t understand. The game is NES hard. I’m not being hyperbolic when I say that. It can be relentlessly difficult and soul-shatteringly frustrating, a lot of which is due to the game’s health and lives system.

Now, were Save Me Mr Tako a better game, it would have picked a balance between the two. Either it needed a health bar and lives, or just one-hit-kills. Unfortunately, the game uses lives and one-hit-kills. Death is an absolutely constant result in this game, too. Projectiles fly from offscreen, enemies and traps randomly fall on you, giving you no time to react, and lives are relatively scarce. When you lose them all, it’s back to the beginning of the level.

That doesn’t sound like a big deal, I’m sure, but I don’t think I can properly convey how absolutely infuriating this game can be. A great many deaths won’t be the player’s fault. In addition to the aforementioned causes of death, I frequently found myself in situations where I had no choice but to die. For instance, the game’s camera pans when you hit switches a good deal of the time. So there were a lot of times where I would stun an enemy, hit the switch, watch the camera pan, only to see Tako die as the stunned enemy hit him right as the game gave me control again. This even happens in the final boss battle. 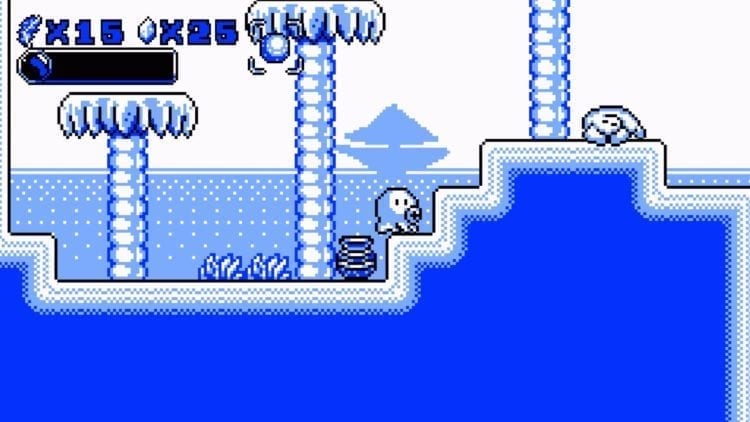 I’m blue, dabadee-daba. . . what? That reference is way too dated?

The Game Is Extremely Unfair In A Lot Of Spots

Simply put, Save Me Mr Tako is extremely unfair a lot of the time. This is worsened by the fact that some of the levels can take over an hour to beat. You can be knee-deep in wandering around aimlessly in a temple, only for an enemy the same color as the background to fall right on you. These longer levels tend to have some sort of permanent checkpoint, but even the 20 lives the game gives you on easy mode can be absolutely obliterated in a few minutes of this game’s awful enemy and trap placement.

On top of how unfair it is, the game also has some of the absolute worst signposting I’ve seen in years. The game moves along fine for the first four worlds, but once you get through the lion’s share of the levels, Save Me Mr Tako expects you to go back and trigger a cutscene in an earlier location. Sometimes it wants you to find a new door that it silently added to a hub. Only, the game absolutely hates to tell you what to do next.

I spent a lot of time wandering around, trying to stumble on where to go. This could have easily been rectified by having the character that gives you hats offer hints as well and by briefly showing the location where the new event was added. Much like with the life system and the one-hit kills, this is absolutely needless and could easily be addressed. These issues also compound. They take what could have been a great game and make it an extremely hard sell. 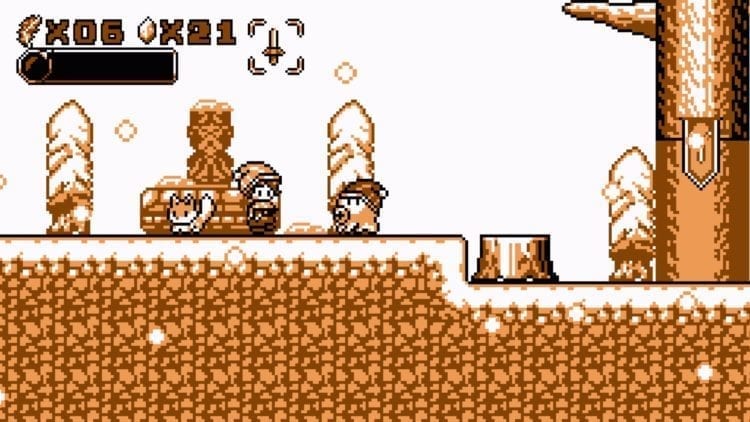 Ladies and gentlemen, I present: the requisite snowy village.

Save Me Mr Tako is also a lengthy game, with a playthrough taking at least a dozen hours. Along with the constant restarting that the idiotic one-hit kills and pointless lives system add, that playtime could easily balloon massively. I just don’t see why the developer thought certain elements were necessary when all they do is detract from the game.

I also ran into some bugs. At one point I had to exit a temple because the game freaked out and my character got stuck floating above the screen. Another time, my character became trapped in the level geometry and I had to restart the level.

I honestly really like a lot of things about Save Me Mr Tako. It’s got great graphics, tight controls, and a fantastic story. But its unfortunate design missteps make it difficult to recommend to a general audience. Fans of extremely hard, frustrating games will likely be okay with the anguish the game offers, but I don’t see most people even being able to finish this game. I definitely found myself enjoying the game a lot, but the frustration inherent in the experience massively dilutes what could have been an excellent title.

Save Me Mr Tako