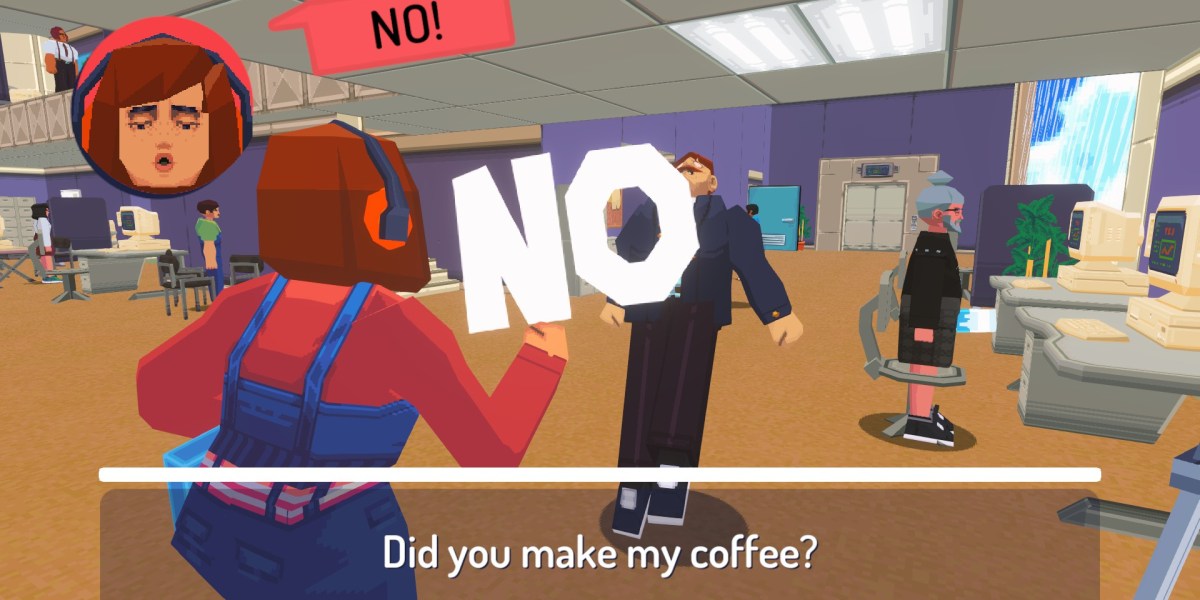 What do you get when you mix the visuals of Mega Man Legends with the nature of a light-gun game, then delete all forms of gameplay and toss in surrealist humor? The answer is Say No! More, an upcoming comedy game that’s sure to make everyone within earshot say, “huh?” The game is set to release later this year, and I got to jump into the first couple of chapters to see what the hell it even is. Even after playing, I’m not quite sure how to answer that question, but I’m going to try anyway!

Say No! More begins by letting players customize their character. It’s a fairly standard character creator that allows for a variety of options. After you settle on a look, you choose a voice. That’s not to say that your character talks much. They do talk often, sure, but only in the way the game’s title probably makes clear. Yes, all they say is “no!” They don’t say “yes,” there are no “maybes.” And that’s just the way it is, okay?

The first chapter kicks into gear on the first day of your character’s new intern gig. Your friend has come with you and given you a lunch box with a special meal in it. You head on in and are joined by two overenthusiastic interns as they listen to the manager’s explaining the job to them. But the manager takes your lunchbox, as he forgot to bring his own food and he’s a corrupt bastard. With nothing left to do, you slam your head into a desk and curse your existence. But just when all hope is lost, you notice a tape player and a tape and are whisked away to a figurative location with a starry backdrop as the narrator speaks to your very soul. The tape is, of course, a self-motivational tape extolling the benefits of saying no. It also functions as Say No! More‘s tutorial. Pressing the space bar has you say “no.” Holding the space bar lets you charge up a super no. You can even switch between a hot and cold no at will. The difference between the two is that a cold one is, well, colder and impersonal, while a hot one is angrier. You can also laugh at people, which flusters and interrupts them. Just like in real life!

The basic gist of the game is that you’re chasing after the lunch box thief on rails while constantly being interrupted by employees asking you to do things. Telling them “no” shocks them. Or you can charge your no and send them flying. Say No! More is more of an interactive TV show than a game, and I found the first two chapters fairly funny. I’m not sure how funny the concept will stay, however, as there doesn’t seem to be much room for gameplay to even things out.

Still, it’s a treat to look at if you’re fond of the way original PlayStation games looked. That Mega Man Legends comparison wasn’t just for show, either; this has a highly similar art style. Plus the goofy way the characters waddle when they walk is endearing. Here’s to hoping that the “no”s have it. 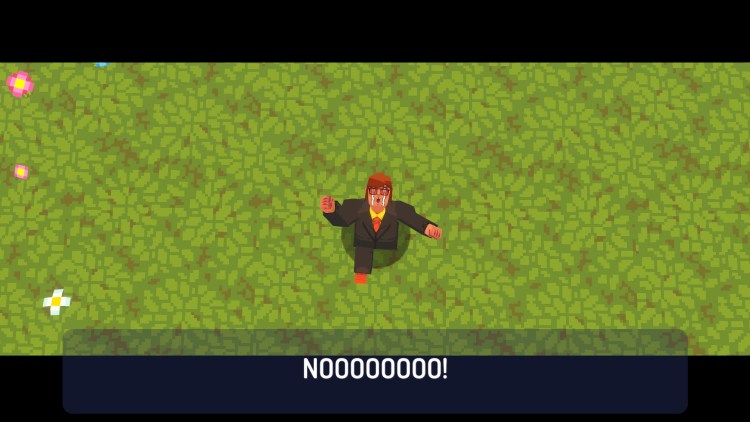