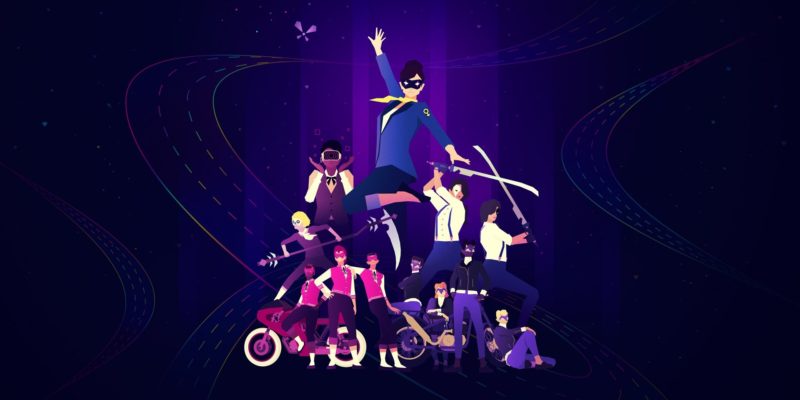 Today, Sayonara Wild Heart’s developer, Simogo, announced it will partner with Annapurna Interactive for its upcoming projects. This partnership will expand the capabilities and resources at the disposal of the Swedish developer.

Additionally, joining forces with Annapurna won’t affect the studio’s creative liberty. According to its official communication, Simogo will remain an independent studio. The studio’s operations will continue to take place in Malmö, Sweden as well.

This decision comes after Simogo’s cooperation with Annapurna Interactive in the making of Sayonara Wild Hearts.

What does this partnership entail?

As part of this agreement, Simogo states that they will have access to more resources and face fewer compromises. For instance, all their upcoming projects will be published by Annapurna Interactive. This means that they won’t have to spend resources looking for a prospective publisher. Also, the studio can now work even closer with artists and composers they have previously collaborated with. The blog post doesn’t specify who this might refer to, but it may mean the creative team that worked with them on Sayonara Wild Hearts.

Creative independence is great for Simogo as well. The studio has proven they can make some exhilaratingly fun games, after all. Namely, Sayonara Wild Hearts earned major praise and several nominations in all the major game awards during last year’s award season. After that success with Annapurna, it is no surprise that both parties would want to continue working together. And it will be exciting to see what Simogo can do with more resources on hand.

The official communication closes with a positive note on how much enthusiasm both parties have for this agreement. Simogo also teases the name of the studio’s next game, Project Fuzzy Optics. At the moment, there is no further information about this upcoming title. We just know that it will be the first game under Simogo’s new agreement with Annapurna Interactive.

Destiny 2: Season of the Worthy review – Not worth it