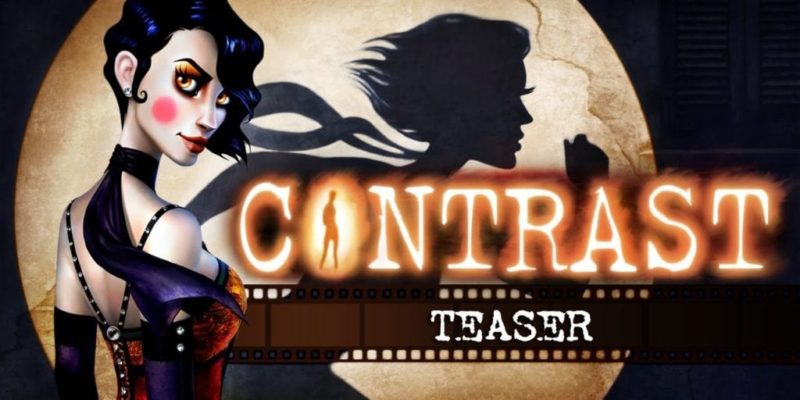 Imagine being able to interact with shadows – shadow puppet theater would be terrifying for a start. But that’s what you’re able to do in Compulsion Games’ 1920s-themed cabaret-noir platformer, Contrast. You are Dawn, the manifestation of a little girl’s imagination (or “an imaginary friend,” if you like) and can switch effortlessly between the 3D world of solid stuff and the 2D shadow realm.

Focus Home Interactive has announced that it’ll be handling the publishing rights to this sumptuous looking title, and we can expect to see it by the end of 2013.

If the game mechanics haven’t quite clicked yet, watch the trailer below to see what Contrast is planning.