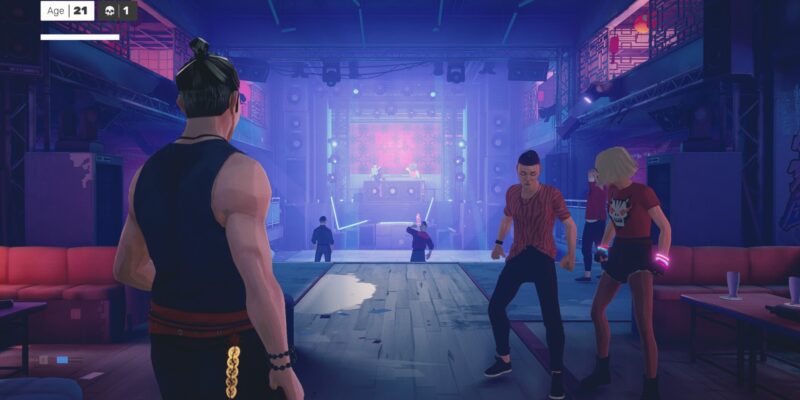 No matter how old I get, I will likely never stop liking brawler games. And Sifu is all about knocking the absolute crap out of nearly every person who stands in your way. In a recent hands-on preview, I got to check out part of one of Sifu‘s levels, which I played through twice. While the game is happy to dole out some serious beatdowns, it has some lenient aspects to it. Notably, in a mechanic much like the one found in Chronos: Before the Ashes. I had a lot of fun and did some swearing, so this little taste has definitely got my appetite ready for the main course.

The build began with my character in a room. This room allowed me to read a whiteboard, train in a void, and select a folder on a table in front of me, which instantly transported me to the level. I then found myself outside of a club. Things were calm and quiet at first, until the bouncer decided that I was trouble and went to cave my head in. The folder was the first thing I interacted with, so I hadn’t done any practicing in the void, and the bouncer succeeded. But, getting beaten to death isn’t the end in Sifu.

The run started with my character at age 20. Upon crumpling into a broken heap, I aged a single year. Then I got up and hit the bouncer until he stopped moving. After going inside,I had the choice to ask about a guy named Sean. You don’t have to ask anyone about anything, though. You can just as easily jump over the counter and assault the guy. If you do ask about Sean, though, he and his friends immediately come after you. Since I had just had trouble against the one dude outside, due to having no idea how to play the game, you’d be correct in assuming that I had considerably more trouble against three. 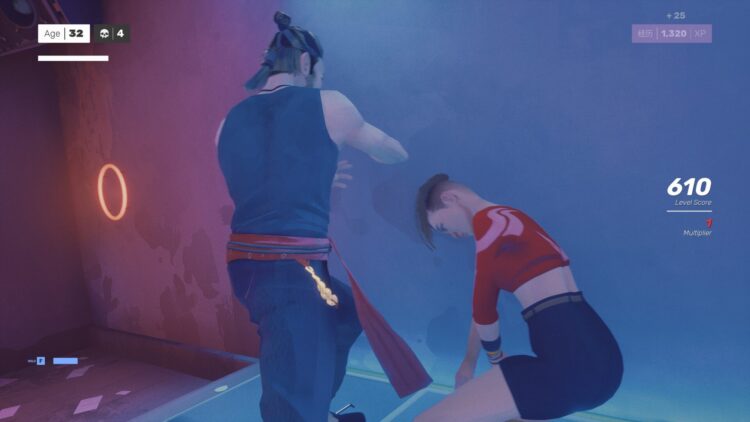 Not Batman, but close

The way fighting works is that you have light and strong attacks that can be combined. Beating enemies gives you experience that you use to purchase new moves. These last for just the run until you’re able to put enough experience in to unlock it permanently. Your character has multiple moves by default, plus a block/parry, and dodge. The combat is wonderfully animated and appropriately brutal, albeit not bloody at all. It reminds me a bit of the Arkham games, although without the simplified counters.

Once you beat up an enemy enough, you can perform a takedown move. Your character skillfully slams his fists and feet into his foes in a flurry of flabbergasting feistiness. Yeah, I’m sorry, I kind of hated that too. Sifu is very much skill-based, though, and properly timing your blocks, dodges, and strikes is imperative. Enemies hit hard and can take you down without much issue. The more you die, the faster you age, so it won’t always take long before you end up looking middle-aged. Freaky.

I fought my way through the club, beating up enemies of both sexes indiscriminately. You can pick up certain items for use as weapons, such as bats or bottles. You can also fling stools and chairs at foes to trip them and then punch them a bit while they’re on the ground. Eventually, I came to a really strong mini-boss-type guy that gave me a lot of trouble on my first try. On the second try, I was able to use a takedown on him early on, though, which surprised me. To put it bluntly, I really want to play more Sifu as soon as possible. How strong the enemies are kind of pissed me off, but I want to keep getting better. And, y’know, hit some more people with bats. Good times. 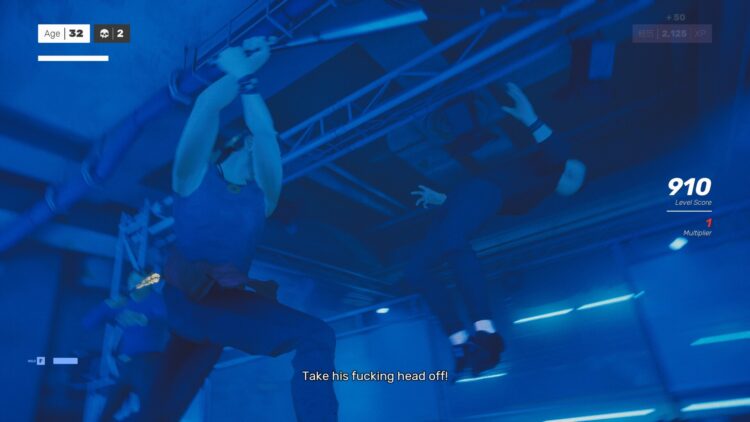