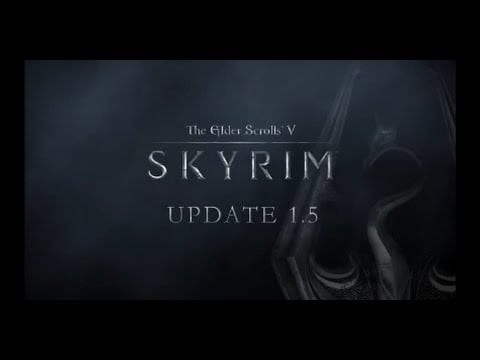 Bethesda has recently released Update 1.5 for Skyrim which adds new kill cinematics and melee attacks. The update is now available for all consoles on Playstation, Xbox Live, and Steam.

Update: It was reported that the patch caused a bug for PS3 users where players would freeze underwater. Bethesda has responded:

“We were made aware of the underwater/freezing issue yesterday, and with the help of our community, we’ve found a solution.

From the PlayStation 3 XMB menu, players should delete all Game Data for Skyrim(not to be confused with the user’s game saves). After deleting the two Game Data files – one from the game’s mandatory HDD install and one for the game’s title update — players will need to wait for the title update and mandatory hdd install to reinstall.

Video of the Update: