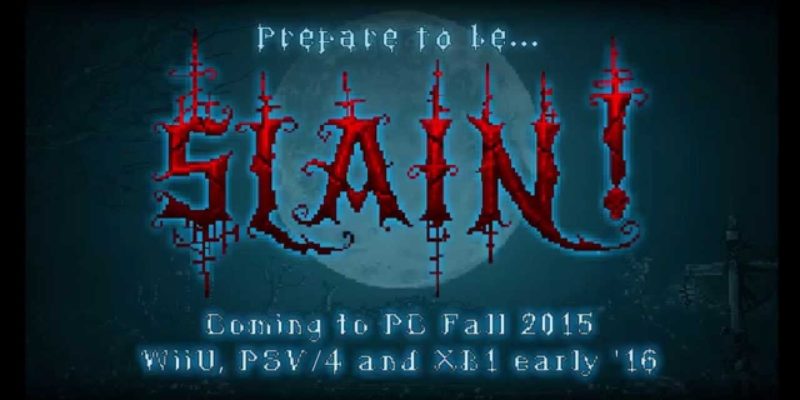 The more-than-a-little-gothic side scroller Slain! was due out later this month, but is going to be battling the forces of the underworld a bit longer. It’ll now be bursting forth in a shower of gore in March.

As Bathoryn, a white-haired Nordic warrior, you’ll be platforming, puzzling, and perforating your way around some suitably gloomy levels in a Castlevania-like manner. All to the backdrop of some grim, metal tunes.

There’s said to be a layer of strategy to Slain!’s combat too, as some weapons have elemental forces that will be particularly strong against certain foes (like werewolves). If your weapons aren’t enough, skill and cunning may still win the day.

Here’s a trailer from last year to give you an idea.

An Hour with Darkest Dungeon’s Endgame