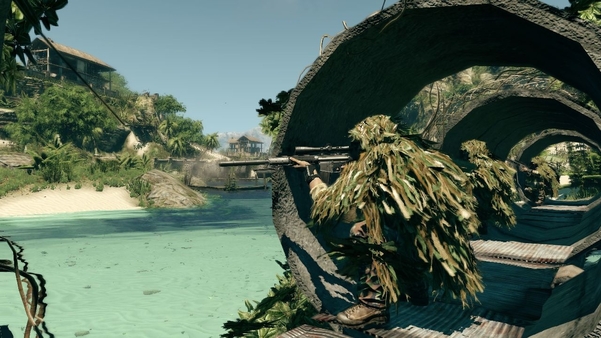 Sniper: Ghost Warrior 3 has been announced by City Interactive, and maybe this time it’ll actually be good.

It sounds like City Interactive have the right ideas in mind, anyway. The announcement mentions “non-linear, sandbox-style gameplay on large open-ended maps”, which is exactly what I’d want. The development team includes Steve Hart, the senior producer of Sniper Elite V2, and “combat veteran and former Marine” Paul B. Robinson.

This time around you’ll be taking part in a modern-day conflict in Eastern Europe, with three factions battling it out. You’ll have to use stealth and evasion, but it’s up to you whether to fight from close-up or to take your targets out at a distance. I’m going to guess one of those will be more fun, being that the game is called Sniper: Ghost Warrior 3, but you never know.

Also, this is apparently the “first AAA production effort” in the series. I’m not quite sure what that means, but it might have something to do with the fact that this is only coming to Xbox One, PS4, and PC.