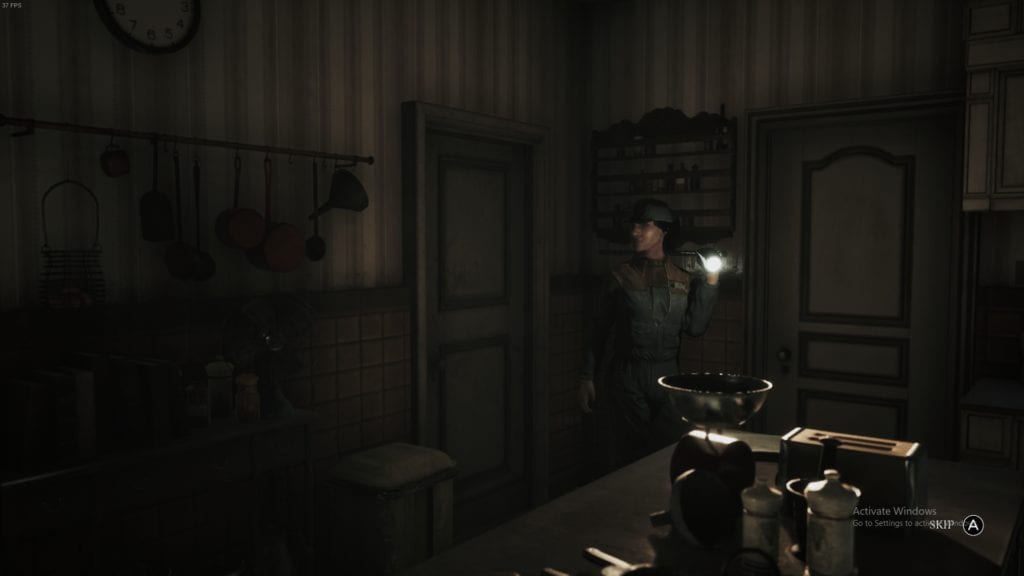 Song of Horror is an ambitious undertaking that aims to strike fear into the player by targeting their deepest-rooted insecurities. Using artificial intelligence, Protocol Games tracks player behavior to determine where and when to strike next, leaving no two playthroughs exactly the same. While both of the project’s Kickstarter campaigns failed back in 2015, the studio eventually found alternative funding and is finally able to release the first two episodes just in time for Halloween 2019. Not only that, they’ve slated three additional episodes for the coming year.

With five years of development time under its belt, has Song of Horror succeeded at delivering a new kind of horror experience?

Nothing bad ever happens in the basement…right?

Song of Horror starts with Daniel paying a house call to the Husher mansion for his company, only to find it abandoned and without power. There is also the faint sound of music playing deep inside. Of course, Daniel investigates, noticing more and more supernatural occurrences the deeper he goes. He eventually finds the music is coming from behind a demonic door, and, curiosity getting the better of him, he enters it. Two weeks later, Daniel and the mansion’s owner are nowhere to be found. It’s up to Daniel’s boss Etienne, one of his employees, one of the Husher servants, and an electrician to solve the mystery and find Daniel.

Each character is playable and offers a unique skill set, light source, and tool that helps them in their investigation. These tools range from a walkie-talkie, which malfunctions when danger is near, to a bottle of whiskey, which calms the character’s nerves when they get anxious. Only one person can attempt to investigate at a time, and they will be faced with locked doors, puzzles, and various hazards stemming from the demonic force constantly nipping at your heels. 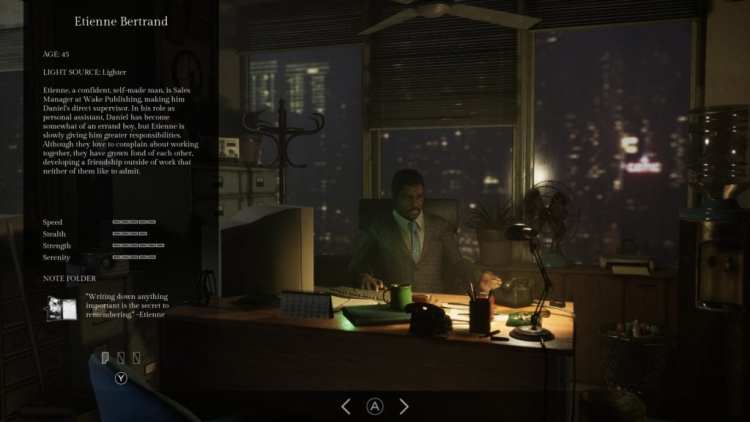 We don’t get a lot of time to learn about the different playable characters, so there isn’t any real motivation or pull to rescue Daniel (some of the characters wouldn’t even know who he is). Instead, the game lets your own appetite for adventure spur you on. Overall, Song of Horror provides just enough motivation to get the ball rolling, then lets its levels do the rest of the work. With three more episodes on the horizon post-launch, there is plenty of time to flesh out the narrative into something a bit more interesting.

As the game’s title implies, sound is incredibly important for finding your way through Song of Horror. Not only are directional sound cues used to locate key items and puzzles, but listening through doors will help you avoid an untimely encounter with a demonic entity. Puzzles will occasionally pop up, but they feel extremely out of place, particularly due to a lack of instructions. While 90% of the game is extremely easy (the key is to go away from the scary sounds), there are annoying difficulty spikes. These vary from impossible-to-find item combinations to the aforementioned puzzles.

Song of Horror is purely atmospheric. There are no ghouls to vanquish or zombie skulls to bash in. Rather, you’ll constantly be at odds with a world plagued by a dark force known simply as “the presence”. This invisible force will slam doors, create ghostly apparitions, and ooze black slime into rooms you frequent the most. It keeps the player glued to their screen, as the slightest misstep will lead to their demise.

That’s important, because each episode of Song of Horror only affords you a quartet of playable characters. When one dies, they drop their items for their successor to pick up, but when all four die you’ll have to restart the episode from square one. Considering that each episode lasts upwards of 3-4 hours, you’ll quickly learn to stay clear of any sign of the presence.

This permadeath system is the primary way that Song of Horror creates a sense of anxiety within the player, and it really does succeed. However, this isn’t due to a real fear of the demon force, but rather a fear of being forced to backtrack through the entirety of the level. Characters don’t have health bars or lives, but rather a one-and-done chance of solving as much of the puzzle as they can before the inevitable slip up — opening a door to a demon, failing to succeed at a quick time event, or poking your nose where it doesn’t belong.

Who you gonna call?

We may not get much time with the playable characters, but they are genuinely diverse and interesting, each having unique perspectives on the different items they encounter. I found it pretty enjoyable to explore the mansion with each of them to see how their dialogue differed when inspecting certain items. I just wish the player wasn’t actively discouraged from exploring because of the looming fear of permadeath. Sure, certain items clearly don’t present any threat. But occasionally, random interactable objects present immediate and unavoidable death, thus forcing a restart of the entire stage.

Overall, the character writing and exploration aspects of Song of Horror are admirable for a studio with such limited resources. It’s just a shame I didn’t feel comfortable exploring every aspect of it for fear I would have to trudge through once again. 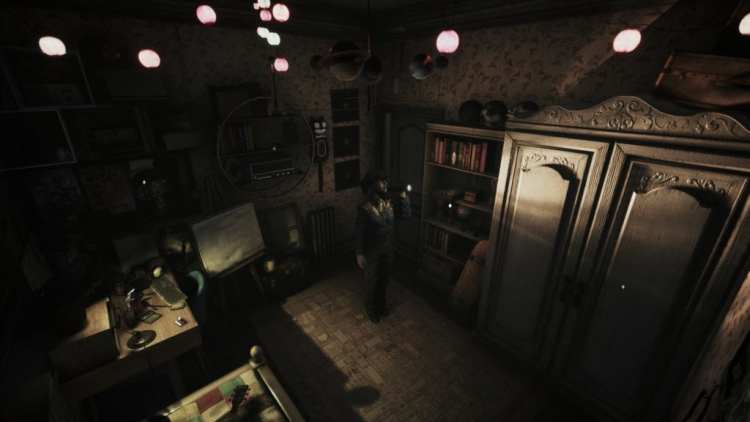 Video games don’t easily scare me, but Song of Horror especially didn’t scare me. The game’s shining moments pit you against the clock as you need to find a hiding spot before the darkness consumes you, while simultaneously steadying your heart rate so as to not kill yourself with your own fear. These moments offer a hair raising sense of tension, represented by the frantic animations on each character’s face.

Unfortunately, the majority of the horror elements in Song of Horror are just cheap jump scares. You may be better off looking into a faster-paced horror title like Five Nights at Freddy’s, which serves up the same jump scares and permadeath anxiety. Supposedly, the AI tracks how much sound you make and proceeds to punish you for it, but the more I played the more I believed that these attacks were coming randomly. Without a sense of fear or tension for the majority of the game, Song of Horror becomes little more than a mediocre collect-a-thon with a half-baked story and a few shining moments.

Not so terrifying for your PC

Song of Horror isn’t a beautiful game, but it is charming. Its dark color palette culminates in a world that doesn’t necessarily feel like it’s out to get you. Some of the most well-lit areas proved to be the most dangerous, unlike other horror titles that tend to overdo it with shadows and darkness. There is an exorbitant amount of muddy textures, although the key items are well-detailed. Sound design is excellent, which makes sense considering how large a part sound recognition plays in finding your way forward. 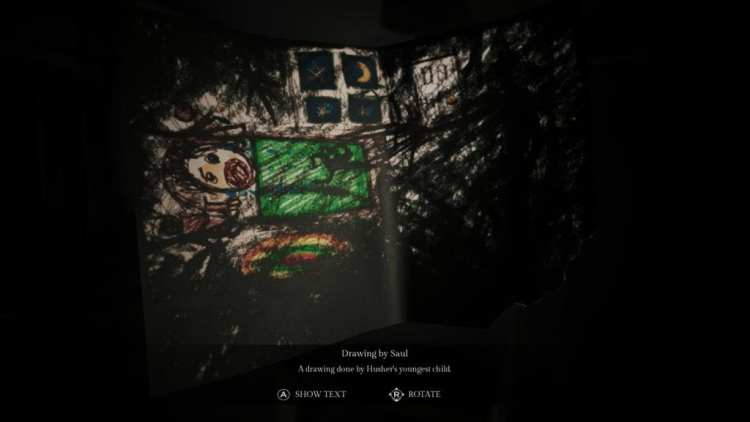 While the framerate is locked at 60fps, it didn’t really bother me, as I found no glitches or performance loss at any point during my seven hours of gameplay. Additionally, the game feels a lot like an episodic television series, especially considering how the camera angle moves independently of the player (which is great for watching someone else play the game).

Unfortunately, the pacing of Song of Horror is also absolutely crippled by this camera movement. I found myself constantly turning around and losing control of my character as controls randomly flipped themselves to account for the change in perspective. Maybe Protocol Games is trying to instill a sense of disassociation and confusion within the player as they fight with the game’s mechanics in order to simply find their way around. However, it’s more likely a failed homage to the original Resident Evil titles from which Song of Horror takes a bit of inspiration. 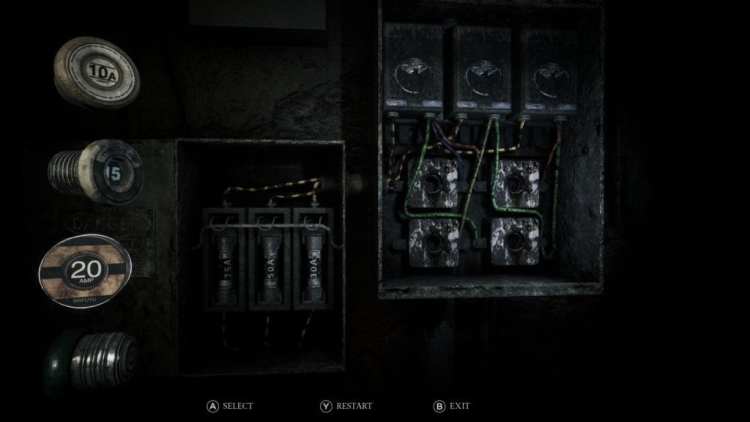 It’s really hard for me to imagine that anyone would be genuinely scared by Song of Horror‘s plethora of cheap-feeling jump scares. Perhaps die-hard fans of the genre will find something here worth exploring, but permadeath seems more of a hindrance than a feature, leading to an overall experience that leaves a lot to be desired.

Song of Horror's scariest aspect is its permadeath feature - not because it's spooky, but because slogging through levels is an absolute chore. Worse yet, Song of Horror punishes the player for exploring its admittedly beautiful environment. Neat technical features and meticulously crafted lore do somewhat make up for its faults. But ultimately, none but the most hardcore horror fans will give this game the time of day (or night).

Can you beat Remnant: From the Ashes’ hardcore mode?