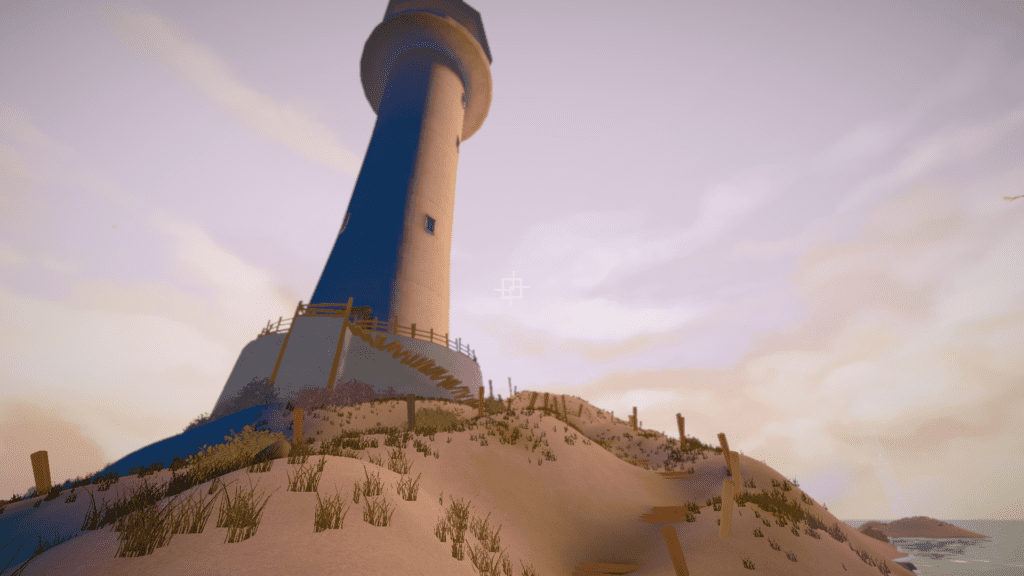 The first-person puzzle genre has always been a little underpopulated in relation to its horror, and (especially) shooter counterparts. Portal and Portal 2 set the contemporary standard, and I’ve heard positive things about The Talos Principle and The Witness, but beyond those releases you have to visit slightly more obscure offerings like 2010’s The Ball or Magrunner: Dark Pulse.

Outside the mainstream is where unusual or experimental things tend to be found, of course, and such is the case with Wales Interactive’s Soul Axiom. I’ve not played the developer’s prior game Master Reboot but, according to the accompanying literature, this title shares the same ‘world’ and central premise; that of uploading people’s souls (largely presented here as a composite collection of memories) to a data server. Preserving them forever in a digital afterlife.

It’s a philosophical position familiar to certain strands of science-fiction, and serves as solid hook for a game which should definitely be of interest to aficionados of first-person object-manipulation and spatial puzzles.

It’s a first-person puzzle game, so lining up beams with things is mandatory.

In both theme and execution, Soul Axiom’s narrative is fragmented. Thrust into the body of your protagonist as they tumble from the sky, it rapidly becomes clear that all is not well in the memory hub of Elysia. The neon-tinged buildings still shine brightly, but several layers of the main spire are inaccessible, parts of the housed data are corrupt, and the whole place appears deserted; save for sporadic appearances by an intimidating angelic figure, and a lab-coated gentleman wreathed in purple flame.

The initial lack of information is intentional, and the story begins to make sense as you solve individual puzzle stages accessed from the main hub building. There are also collectable images and text files scattered throughout the world which can shine a little more light on any lingering mysteries. Without going too deep into things (as it’s more satisfying for this to unfold at its own pace), there are four key actors in the narrative, each with different links to both each other and Elysia.

Soul Axiom drip-feeds these details over the course of its 15-odd hour playing time, the vast bulk of which will be spent inside the game’s main twelve memory-themed levels. Thanks to the open nature of its premise, these can be pretty much anything, and Wales Interactive have used that freedom to create a suitably varied set of environments to explore and progress through. One minute you’re on a space station, the next on a castaway island, or roaming the corridors in an eerie abandoned hospital. It’s a captivating mix of the familiar and the fantastic, where universities rub shoulders with werewolf castles.

Or, you know, weird frosty cyber-forests.

Something about the geometry and the simple, but clear texture work reminds me a little of Dark Engine titles like System Shock and Thief (levels set on space vessels and inside shadowy cathedrals might also have something to do with it). There’s a clarity and straightforward bulk to certain objects in the world (a tank, for example, won’t be a super-detailed Battlefield reject, but a basic ‘tank’ shape), which helps a great deal when picking out which items you’re able to manipulate and play around with. Elsewhere, wire-frame designs, solid blocks of colour, and the regular occurrence of neon call to mind Tron.

Your tools in this puzzle title are special powers, bestowed throughout the course of the game. At first you’ll just have the ability to materialise and dematerialise blue objects, which is followed by a green-coded power that allows rotation, levitation and general prompted motion. Later, there’s a destructive, fiery talent for hurling projectiles, and (towards the close of the game), a fourth power that’s linked to clearing the hub of corrupt data. This final ability requires the player to access additional levels within the twelve memories by locating a special cube. Not a problem when they’re near the entrance, but a bit laborious when it involves redoing ten or fifteen minutes of puzzles to which you already know the solution.

Fortunately this isn’t as irritating as it could be, because the Soul Axiom puzzle design is pretty impressive throughout. Environmental variety goes a long way to keeping the basic trio of materialise/manipulate/set on fire novel, but the game also does plenty of clever things with structure and form to keep players challenged. Constellations as combination locks, a level based around multi-tiered time-travel, and linguistic teasers masquerading as mathematical ones on a Land of the Giants keyboard are just a few examples. Rarely will you consider yourself to have been stumped by a lack of clear instructions, or feelings of meandering helplessness.

This is the sort of space that gives me Dark Engine vibes.

The not-so-great stuff is infrequent, and usually requires rapid inputs or is time-based in nature. A small number of puzzles require a level of precision with the powers which they’re not brilliantly equipped to deal with. The green ‘manipulate’ ability in particular takes a while to warm up, and your character has a rather irritating habit of putting his power-hands down after a short period of time; often just as you need them. To Wales Interactive’s credit, they seem to have realised this, because some of the precision-based puzzles gradually make themselves easier after repeated failure. Not that this likely to make the player feel a whole lot better about matters.

As a consequence of action sequences being a bit clunky, Soul Axiom’s final encounter is a bit of a let down. Death is never a meaningful set-back in any of the game’s levels (fall to your demise, and it’s likely you’ll just reappear on the same platform), so the boss fight has no particular tension to it. It’s just a slog to the end as you alternate between grappling with not-quite-precise-enough-for-this-sort-of-thing controls, and watching the reloading screen.

The game could also do with the option to save mid-level, as presently you either have to complete a stage in one (half hour or so) sitting, or quit part-way through and find yourself back at the beginning when you load up again.

This is either a cyber-cave, or some kind of terrifying cyber-orifice.

Those flaws detract a little from what is otherwise a finely crafted set of puzzles, sensibly paced across a backdrop of smart and diverse environments. Soul Axiom consistently finds new and engaging ways for the player to use the same set of powers to overcome obstacles, and does an able job weaving its (justifiably) fragmented story throughout the game’s hub structure. The game’s 3D rendered cut-scenes are awfully rudimentary, and at-odds with the rest of the title’s neat geometric designs, but do at least provide visual exposition for a mystery intriguing enough to merit their inclusion. For those willing to accept an imperfect but distinct first-person puzzler that’s remarkably consistent in the quality of its conundrums, a visit to Soul Axiom’s digital afterlife could be just what you need.