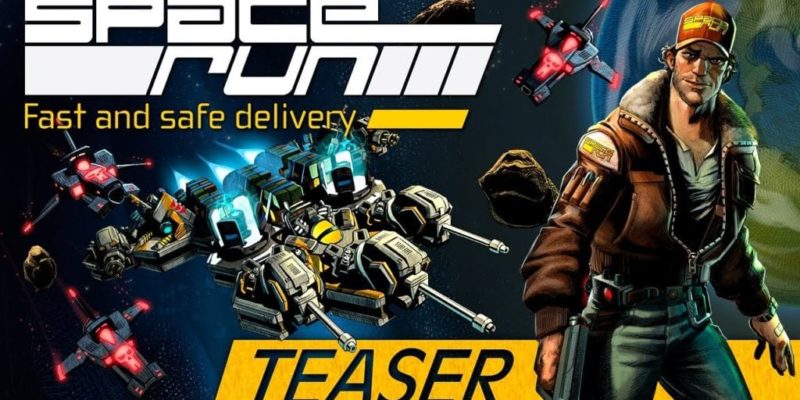 Fancy hauling cargo through asteroid belts while fending off pirates? Then Space Run might be for you. Passtech Games have launched the official website for their forthcoming Han Solo simulator, and have shipped over a trailer.

Space Run casts you a Captain Buck Mann, a daredevil pilot who’s just started work as a Space Runner to make ends meet. This isn’t quite Europa Truck Simulator, though – the various space lanes are full of asteroid belts, unscrupulous pirates, and even rival Space Runners looking to make your life difficult. Deliver your cargo safely and you’ll get access to new clients and more lucrative – but dangerous – missions.

You deliver your cargo safely by setting up your ship with turrets, missile launchers, shield generators, and the like, which all seem to slot together and connect a bit like LEGO. From the looks of it you’ll be building, repairing, and moving modules on your ship mid-flight, which is where I immediately start thinking of tower defence, but this looks like something a wee bit different.

Have a look at the trailer below, or hop on your space truck and check out the official website. Space Run is due out in the second quarter of 2014.

Tom Sparks and the Quakes of Ruin Alpha Preview

Rust’s latest devblog is all about glistening male buttocks