The substantive difference between Speedball 2 HD and its Amiga incarnation is most easily illustrated with a short anecdote. In my first foray into HD’s career mode, I found myself up against a team called Steel Fury. The original Steel Fury were one of the best teams in the Speedball 2 second division and a formidable, violent opponent. I loaded up the game with trepidation and wondered how many of my team would survive the match.

What happened to you, Steel Fury?

Later, after booting up an Amiga emulated version of Speedball 2 for comparative purposes, I found myself up against Revolver. They are one of the worst teams in the game. I lost, narrowly, 24 to 22.

I want to refer to the gap in difficulty between the original and HD versions as a “gulf,” but that somehow doesn’t seem sufficient. Perhaps if you took all of the water from the Earth’s surface and squeezed it into one brand new ocean, this artificial body of water might just about provide a name befitting of the distance in difficulty between one game and the other. But only just.

Speedball 2 HD is embarrassingly easy for all but a handful of infrequent matches. It’s not surprising that the subtitle (Brutal Deluxe) is missing from this version, as the only thing truly brutal about it is the way it hard-limits the frame-rate to 30 for no apparent reason.

For reference, the Amiga version released in 1991 ran at a solid 50 frames per second.

Only 209 points. I’m letting myself down here.

The basic motions of play, at least, feel roughly similar to the ice-cold, metallic future sports vision of the original game. Just as before, two teams of nine (plus three subs) fight to chuck a steel sphere into their opponent’s goal and can pick up extra points by hitting bumpers, illuminating stars on the side of the arena or sending the ball through a pinball style score multiplier loop. Oh, or by bashing the other team so much that their players have to be stretched off the field.

But in Speedball 2 HD the AI appears to have been lobotomised. In the original, the AI would be quite happy to make use of the score multiplier (upping the number of points awarded for a goal from 10 to 15, and then to 20) and fight for all it was worth to prevent the player from doing so. Here, even if an AI player is stood right next to the multiplier loop it’s rare to see them attempt to make use of it.

An AI with no interest in preventing you from getting 20 points per goal, combined with Speedball 2 HD’s far greater injury rate (in the player’s favour) is a recipe for the kind of absurd 300 point victories I’ve been racking up over the course of my career.

Another tricky league campaign goes right down to the wire.

Career mode forms the bulk of the game, in part because so many of the options in other modes (such as challenge, or custom tournament creation) are tediously restricted until they’re “unlocked” through career progress. That means you can’t just jump in to playing a custom tournament against the new, five-star rated alien/robot teams, because if you set the AI to “hard” before you’ve unlocked them it’ll just give you the same two and three star no-hopers to play against instead.

Grinding out the career unlocks is a thankless chore, because after a season or two you will massively outrank all of the other teams in the top division. At that point you’re forcing yourself to stroll through seven league matches and earn a few more coins to level up your players, in anticipation of the one cup match per season that might pit you against an intergalactic side and provide an actual challenge.

In theory, your career can last ten seasons. After reaching the point where I could beat every single team in the league by just running upwards (or downwards) in a wavy zig-zag and watching opposing players bounce off me, I decided to give up on my mission to unlock the Champions League tournament.

Of course, the usual way for people to side-step terrible AI and find a proper challenge is to resort to multiplayer. That’s possible in Speedball 2 HD, but only with people who live in your house or close enough for a visit. Yes, it’s local only. Being able to recreate the sibling fights of yesteryear by squeezing a pair of players on one keyboard is welcome, but the lack of any online multiplayer whatsoever is not.

To bring back Speedball 2 in 2013 and not even attempt to add an online multiplayer mode is pretty shocking. The target audience for this re-release has to be older players who have fond memories of the Atari ST and Amiga versions of this title, and those people do not all live within a five mile radius of one another in some 16-bit nostalgia commune. It’s perhaps a niche group, but if online multiplayer had been decent you can be sure it would’ve been a dedicated one.

Besides the simplicity of having it on Steam, there are one or two other features that HD has over the original. It’s nice to have health bars over the heads of opposing team members for the ease of picking out a weakened player, and contemporary nods like a colour blindness option are appreciated too. I’m also a fan of the retro disc-crunching noise being used on loading screens.

Some of the new pitches are okay, but the none of the new team names can improve on Super Nashwan.

But when I returned to the Amiga version, it drove home further omissions and weaknesses. The iconic Nation 12 theme tune, arranged by the late Richard Joseph, is not in Speedball 2 HD. In its place is a limp, treble-heavy ditty that lacks any of the punch of clarity of its forebear.

More importantly, I found the Amiga version to actually play better. Button inputs were more responsive, and the powered-up, “long bomb” type passes (which feel ponderous and floaty in HD) had the weight that I recalled. It also felt as though the pitch had more width, though I admit this may just be down to the Amiga’s view being zoomed in tighter on the players. Placebo or not, it appeared less cramped and seemed to provide a split-second or two more for picking out a pass.

Even the unified colour palette and spite design of the original were more appealing than the paint-overs present in HD. The austere look of the Amiga version was forced by hardware restrictions, but it holds up well and little touches like the baroque styling around the goal-mouth make the remake’s presentation feel comparatively uninspired.

For the sake of comparison, here are the kick-offs from HD and the Amiga version.

The one thing Speedball 2 HD has going for it is the ease with which it gives people access to a game of Speedball 2. Jostling with emulators, while not exactly hard these days, isn’t to everyone’s liking. Unfortunately, outside of grinding out the right to pit yourself as a two star side against a five star one there is little-to-no challenge to be found from the AI.

With no online multiplayer to turn to, that means you’d better hope you know plenty of locals who want to play Speedball 2 with you. Though even in those circumstances, there’s a good chance they’ll spend some of the game telling you that the passes felt weightier and more satisfying in the Amiga or ST version. And they’d be right.

Like a hobbling, maimed old pro in a garish new uniform, Speedball 2 HD can still approximate some of the moves that won you over when it was in its prime; but the challenge and fight have simply vanished. You can beat him in your sleep, and it’s all pretty painful to watch. 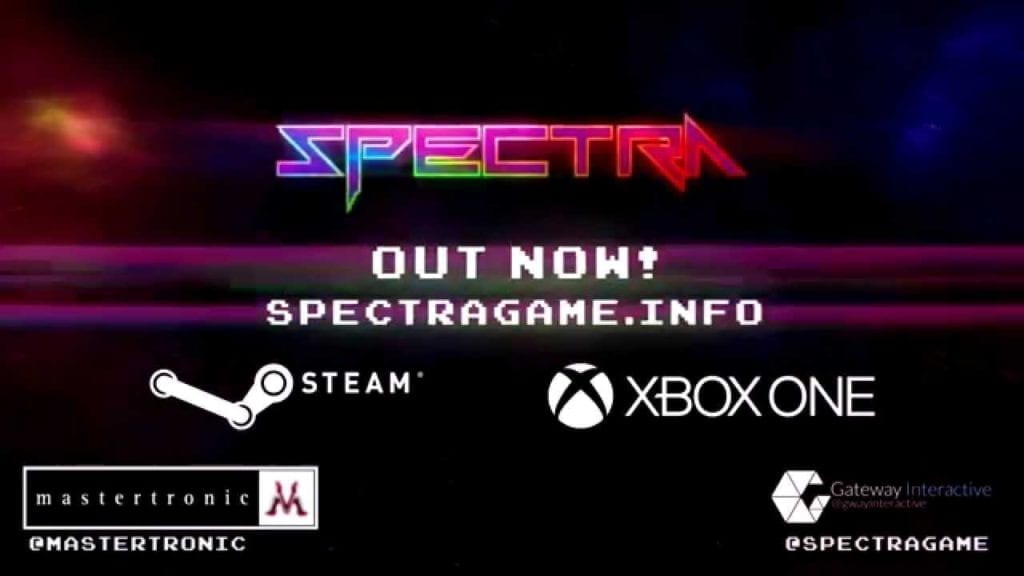 Spectra's That Retro Racer You Didn't Know You Wanted 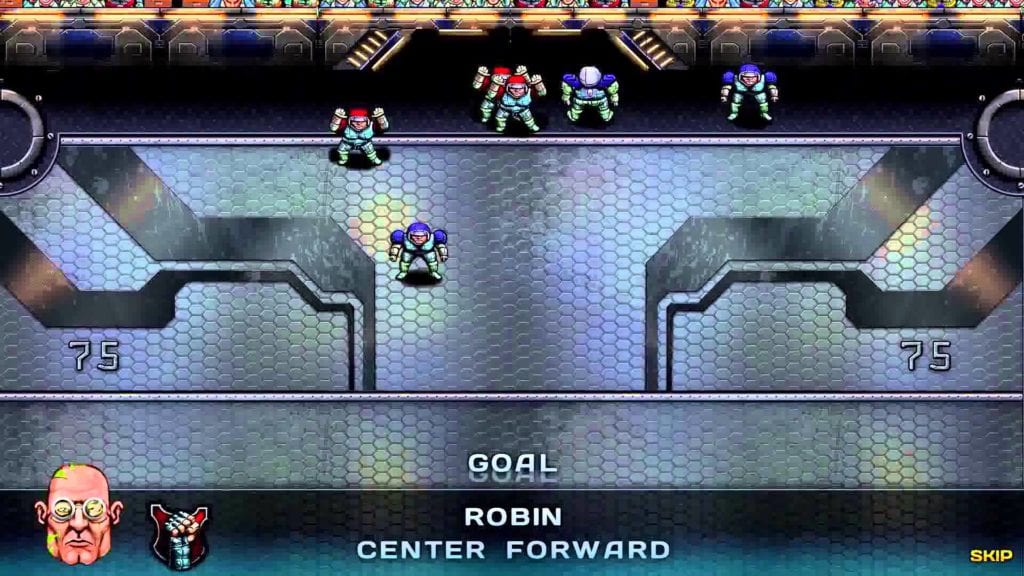 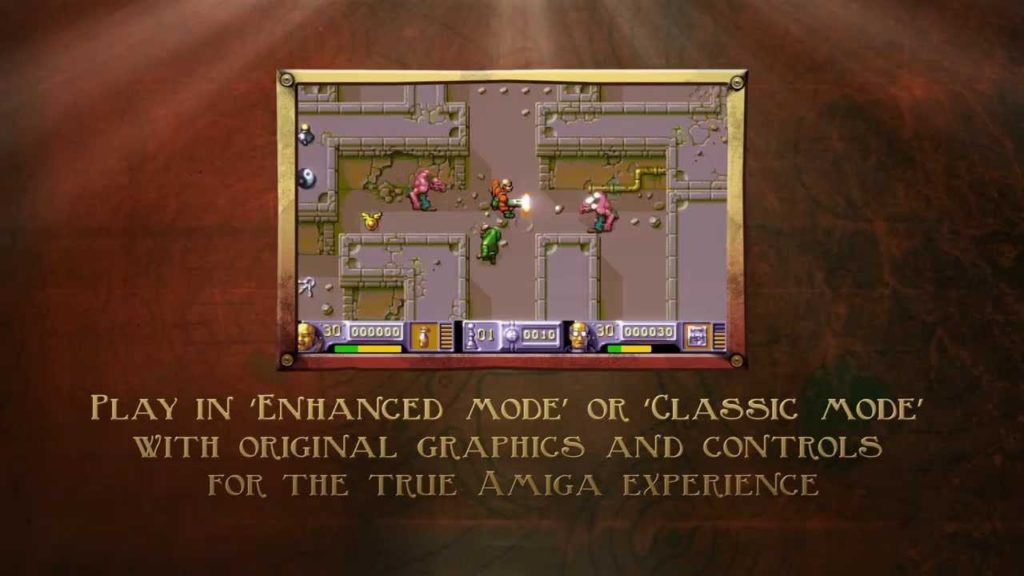 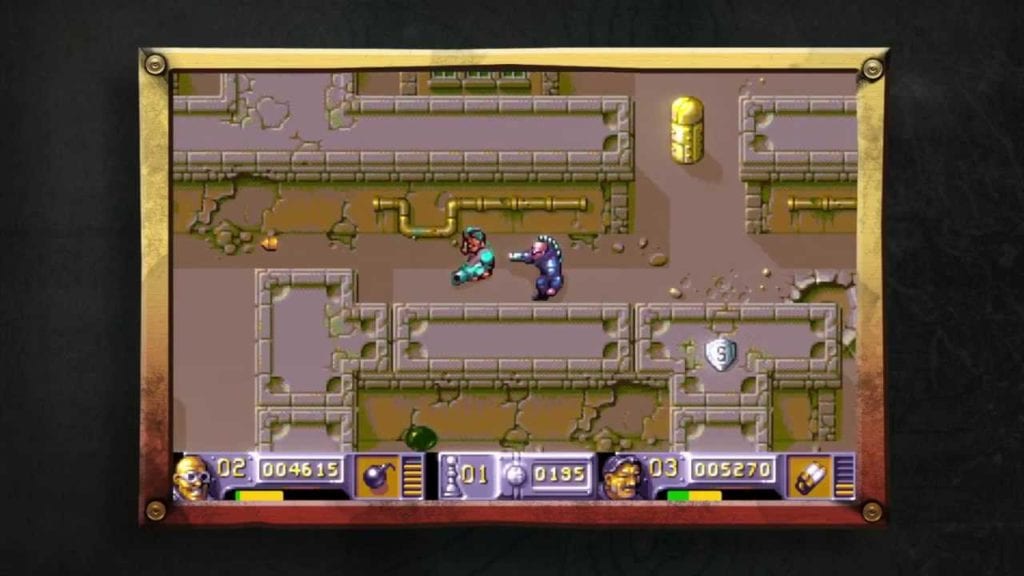 Mr Sandman brings it to us: Dream enters Early Access on Steam