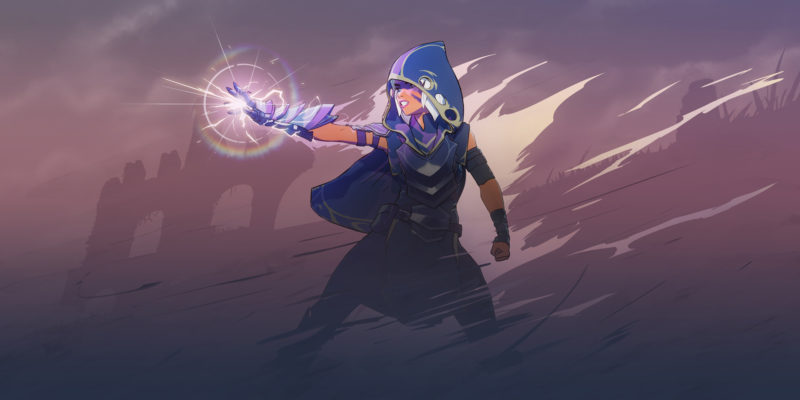 Proletariat recently added a new Rune to its fantastical mage battle royale, Spellbreak. The Rune is called Chronomaster, and it allows the user to save their place in space and time for four seconds, after which they will rewind back to their previous location. Your health and armor will also be returned to the highest value recorded within the four seconds. It’s a powerful addition to the Spellbreak arsenal, but how do you best use the Chronomaster Rune?

This guide will offer you some tips and tricks to use the Chronomaster Rune more effectively. It will also discuss the best playstyle for the Rune and the situations where it shines.

Chronomaster is a defensive Rune. It excels at negating damage done to you by enemies. The most simple way to use the Rune is as a panic button. When you’re about to take damage, activate Chronomaster, fight for four seconds, then return to the health and armor you had before the fight began. It’s almost like having an extra life. Two, if you use Runic Fluency.

The Chronomaster rune is live in #Spellbreak NOW. pic.twitter.com/3YpMTNNAjh

Another good use for Spellbreak’s Chronomaster Rune is to evade an enemy. When you’re on the run, head into an area with buildings or complex terrain. As you’re maneuvering through these spaces, pop the Chronomaster Rune and break line of sight with your enemy as much as possible. If you’re stuck in an open space, try to fly into a tree’s branches or cast an obstructing ability between you and your opponent. When you rewind back to your original position, the enemy will have no idea where you are. This will buy you the time you need to heal or give you more space to flee.

A neat trick to try with Chronomaster is the classic pincer maneuver. Except, you’re both the hammer and the anvil. You can activate the Rune, then attack your enemy and force them to take evasive action. When done well, you can pressure them into fleeing to the location you activated Chronomaster. When you rewind, you’ll still have them in your sights and be able to finish them off.

One of the best times to use the Chronomaster Rune is during final circles. When there is little space to dodge abilities and every bit of health and armor matters, having what is effectively an extra life can be huge. 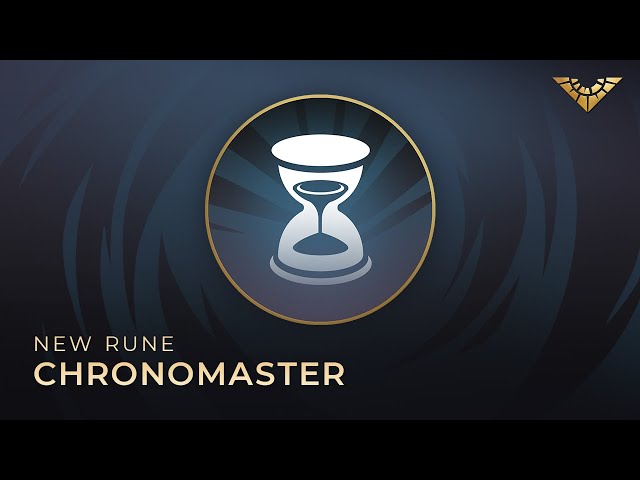 The Chronomaster Rune does have some major weaknesses. If an enemy sees you’re using the Rune, they can predict where you will rewind to – not good for you. It also won’t help you evade abilities as well as the Dash, Springstep, or Shadowstep Runes. Plus, you move around the map really slowly.

Aggressive players wanting to hunt enemies down won’t want to make use of Chronomaster. While your foes are fleeing in terror, your Rune will be useless because if you activate it, you will rewind backward, further away from your target.

I think the Chronomaster Rune works best with Toxicologist. It suits the close-quarters playstyle, plus you can combine it with Vanishing Mists to be extra evasive. Casting Toxic Cloud on the location you will rewind to or where you are standing during the Rune’s duration are both excellent evasion tricks. You can also play recklessly and can afford to step on your own Toxic Puddles and Dragon Fire, because you will heal up when you rewind.

The Talents that work best with Spellbreak’s Chronomaster Rune all depend on how you want to play. As I said, if you want to hunt down opponents, this isn’t the Rune for you. So, you can forgo Scavenging and use a Talent like Fortitude instead. This will let you negate an opening attack and then activate your Chronomaster Rune. The Thirsty Talent also synergizes well with Chronomaster. In the moments where you lose your opponent, you’ll be able to pop two or three potions or shards to heal up.

That’s how you best use the Chronomaster Rune to master time and space. Personally, I don’t recommend running this Rune. I prefer mobility and aggressive play. Check out our Spellbreak guides and features hub to see how I recommend you play, which classes are the most powerful, and just to get some tips to help you win more fights.