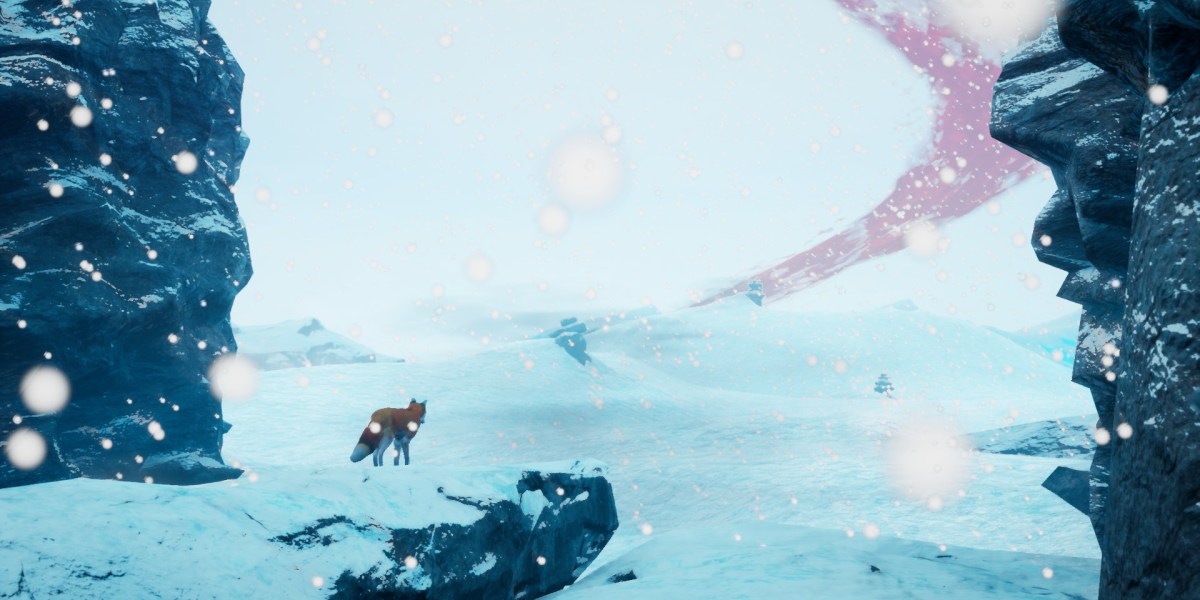 Stop me if you’ve heard this one. The world is in danger and only a mystical four-legged canid can clear nature from corruption and make things right. Spirit of the North definitely shouldn’t be confused with Okami though, nor should it be accused of ripping it off. But I couldn’t help but be reminded of Capcom’s Zelda-like throughout my time playing. While it doesn’t do much new and isn’t as satisfying as I was hoping, fans of peaceful, nature-centric puzzle games might find enough reason to give the game a try.

Gee, saved by fox. How swell.

You play as a nameless fox in Spirit of the North. There’s not a single line of dialogue in the game, but once you get past the main menu, you won’t even find any writing. This makes the game feel focused and organic in a way similar to Fumito Ueda games like Ico, but without all the unique and/or bizarre mechanics.

Spirit of the North is fairly nice to look at, too. It mostly focuses on natural settings, with snowy fields, wide-open grassy areas, and ruins painted red by the corruption falling from the sky. The game’s story beats focus on the fox meeting a spirit fox and setting off to eliminate spots of corruption to purge it entirely. The corruption is red and the fox’s spirit powers are blue, meaning you’re going to see a lot of really familiar color-coding in the environment. It’s pretty generic, but it gets the job done. Spirit of the North starts fairly weakly and mostly just has the fox walking forward through linear environments before meeting the spirit fox. Shortly after, a series of events unfolds where the fox gets enlisted in the fight against corruption and gains the ability to absorb spirit power from flowers and statues. The fox only needs to walk above a glowing blue flower and bark, and the flower’s energy will course through it and cover its body with runes. In the beginning, the fox can only run and jump, though.

As Spirit of the North progresses, you get access to additional spirit abilities, such as being able to temporarily control the spirit fox, charge a powerful bark to dispel corruption, and dash forward with a burst of speed. The way general progression works is that you’re dropped into an area and need to move on, which is usually accomplished by getting spirit energy from a flower and then transferring it to a statue, which acts as a switch. These can shift something in the environment, including opening pathways and raising or lowering water levels. Therefore, most of the game is just looking for flowers and powering up statues, which isn’t particularly interesting.

There’s also a fair amount of platforming, but the controls are wonky. It’s difficult to be precise as the fox’s movements aren’t quite specific or weighty enough to accurately land where you want much of the time. Complicating matters is the often downright poor collision detection. There were many times where I failed to land a jump or had to reorient myself simply because the fox wouldn’t be able to transfer onto surfaces properly. 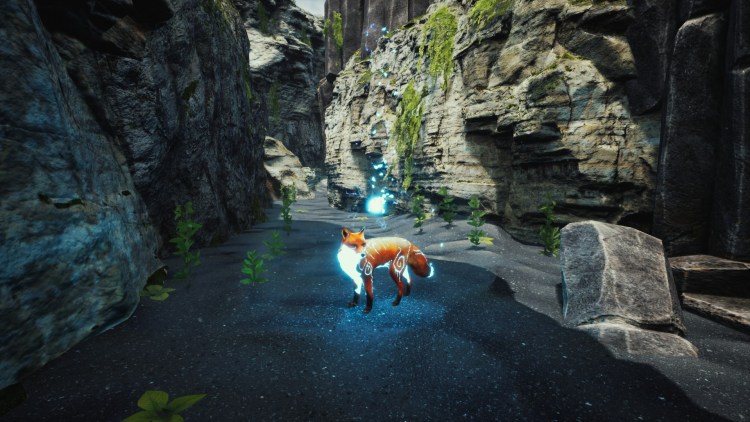 There’s also the fact that the fox is strangely slow. It can run, but it’s only for a bizarrely short amount of time. While holding the run button, it’ll run for about six seconds before it runs out of stamina and then requires another five or six seconds before it can run again. I’m far from an expert on foxes, but this is ridiculous. Foxes can often run about 30-45 miles per hour and have excellent stamina, so it’s weird as hell to play as one that has the endurance of a middle-aged human survival-horror character.

I understand the gameplay reasons behind this, as mobility in Spirit of the North greatly increases with proper use of spirit dashes. But you get that quite late in the game, so you’re going to be moving suspiciously slow during the vast majority of the experience. Add to that the fact that the areas can get very large, and it becomes a chore to play. Early on, areas are mostly compact, but later on, some areas are huge. And needlessly so, as they appear to just exist for you to slowly walk through and add nothing to the game.

But the worst part is the very last section, which has you wandering in a giant area without giving you the slightest hint of what you’re supposed to be doing. You need to be following something, but the only things that point you in the right direction are statues that you can bark at that sort of show you the way. This area is much larger than it needs to be and is almost totally devoid of puzzles. Just like the first part of the game, you’re mostly just walking around, only with confusing level design. I forgot I could even do that!

Spirit of the North is not a difficult game by any means. However, some abilities are used so infrequently that you may forget you have them. I got stuck for a while by a raging river, only to realize that the fox’s spirit walk allowed me to walk on water. I think I’d done that just a single time before, and I’d simply forgotten about it. Towards the end, I also completely forgot that the fox could take spirit energy from statues after having deposited it to begin with.

Spirit of the North offers decent length and will likely take most people about seven hours to get through. There are also collectibles in the form of finding staves and delivering them to corpses, and I found these to be difficult to locate. Searching for them can certainly add a good amount of playtime if you’re so inclined. Overall, I had a decent time with the game and enjoyed the atmosphere and some of the puzzles, but it never really did anything that wowed me or made me truly glad I played it. Spirit of the North

Spirit of the North is a decent game let down some by subpar controls and underuse of the player character's abilities. It still manages to be somewhat entertaining but is far from a must-play.