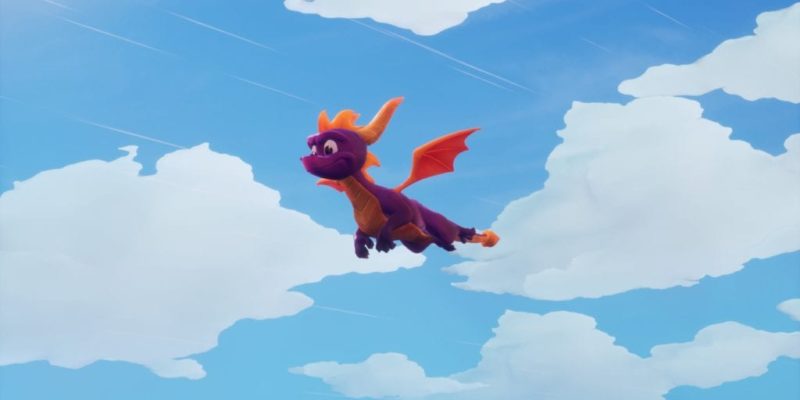 When Spyro Reignited Trilogy was first announced, I was extremely excited. When it came to the PS4, I wanted to get it, but I was sure there would be a PC version coming out a year later, just like with Crash. The Crash trilogy remake was kind of problematic, as it altered some hitboxes and the falling speed in ways that made some already-tough games that much harder. So, did the Spyro games get better treatment and a good PC port? Or is this another case of marring the classics?

Insomniac’s Spyro trilogy includes some of the most beloved games on the original PlayStation. Released in the late 90s, when “cutesy mascots collecting things” was all the rage, Spyro was a pretty big deal. But after the third game, Insomniac decided to move on, and the rights’ holders tried to soldier on without them. Multiple games and even a reboot trilogy followed, but the franchise was basically dead in the water. As such, Activision quietly retired the series and relegated Spyro to a background presence in the Skylanders games. Thankfully, Toys for Bob has done a great job with this trilogy of remakes, lovingly bringing the visuals and controls up to modern standards and not messing with what made the originals so beloved.

If you’ve never played a Spyro game, the premise couldn’t be simpler. You play as a small, purple dragon that goes around colorful worlds tackling enemies and burning them with his flame breath while collecting gems and other items. Since Spyro Reignited Trilogy is three games, I won’t go into detail on the stories of each one. I will say that the first game has the simplest story, as it barely has any narrative outside of the opening and ending cutscenes. The second game changes this up by adding more characters and a lot more dialogue. This includes a healthy helping of humorous cutscenes. 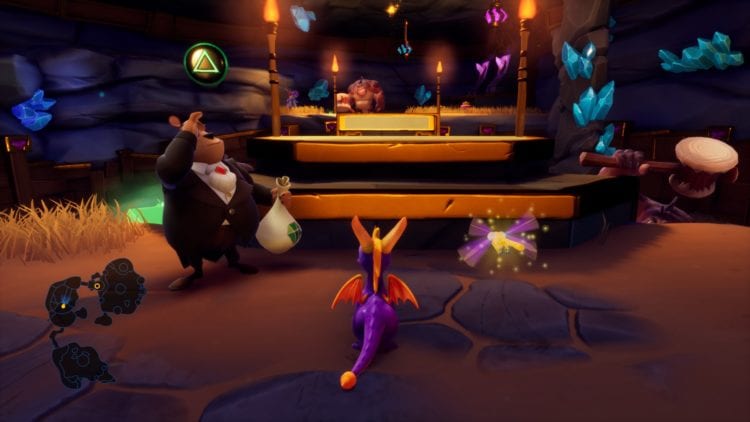 Spyro Reignited Trilogy remakes the games instead of reimagining them. If you loved them twenty or so years ago, you’ll recognize each level down to the geometry and item placement. Toys for Bob didn’t have access to the source code, but they created a tool to painstakingly map out the levels of the original – going all the way down to collision detection and geometry – to make the remakes as faithful as possible. The result is a game world that simultaneously feels new and old in a nostalgic way.

I can show you the world

The structure of the Spyro games is pure 90s collectathon platformer goodness. You go to a hub world with some portals in it and collect items in each world. The first game is the most basic in this respect. Each hub is basically a level in-and-of-itself, and you visit each portal and try to grab everything you can before moving to the next one. The second game opens things up considerably by giving Spyro more abilities and having gems act as a currency that persists for the duration of the game. You can also return to previous zones with new abilities to grab new collectibles. Plus, levels offer more in the way of exploration and navigation. The third game changes things up further with additional playable characters and minigames, such as being able to play overhead shooter levels with Sparx, the dragonfly that acts as Spyro’s health bar.

Spyro Reignited Trilogy plays much like the original games, albeit with camera control mapped to the right stick. The controls, in general, feel very responsive and satisfying. Spyro’s core moveset is based around jumping, charging, and breathing fire. These work very well in tandem with one another. Tapping jump in midair allows Spyro to start gliding as well, with the second game adding what’s basically a slight hop at the end of his glide to make the act of landing on platforms a bit easier. The second game also gives him the ability to swim, whereas landing in the water in the first hurts him. 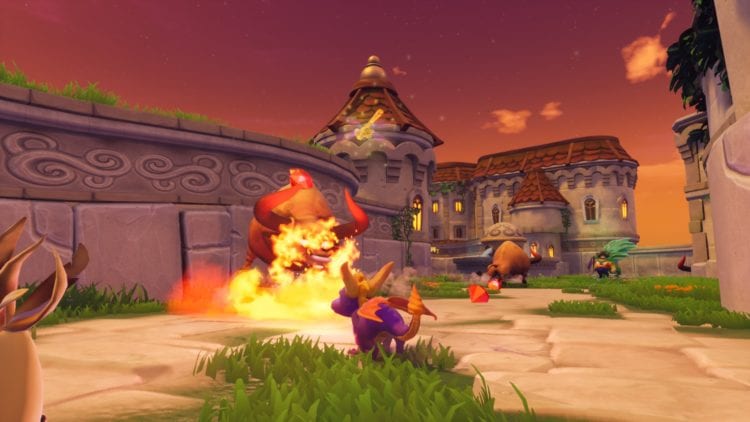 Spyro games are easy. They were easy then, and they’re easy now. There are some surprisingly challenging sections here and there, but they’re a very relaxing experience for the most part. You explore the levels and focus on collecting colorful gems, which I found very enjoyable.  The majority of enemies don’t pose much of a threat to you and come in just a few types. You’ve got small enemies who are vulnerable to Spyro’s charge and flame breath, and small enemies wearing metal armor that make them resistant to his flames. There are larger enemies that you can’t charge but who are very susceptible to your flame breath.

Some enemies attack with projectiles, and some require special considerations to defeat, such as shrinking them down or exploding a barrel of TNT they happen to be holding. There are even enemies you have to chase and slowly gain on before dispatching. And nearly all of them take just a single hit before perishing. They’re almost never a challenge, but there’s a ton of different enemies to face and they’re all animated extremely well. They also drop gems the first time you defeat them, which you can add to your total.

Taken as a whole, Spyro Reignited Trilogy has a fairly strong PC port, with some caveats. There are a fair amount of settings to turn down if your performance is spotty – and you may need to. I, for one, had some pretty constant framerate issues. The game would go from 60 FPS to 40 and back again a lot of the time, regardless of what was happening onscreen. Another problem is that game logic is occasionally tied to the framerate. For instance, in one level of the first game, it’s impossible to progress without lowering the FPS to 30, as a gate can’t lower otherwise. And there are multiple reports of going above 60 being detrimental to the game’s physics at times. 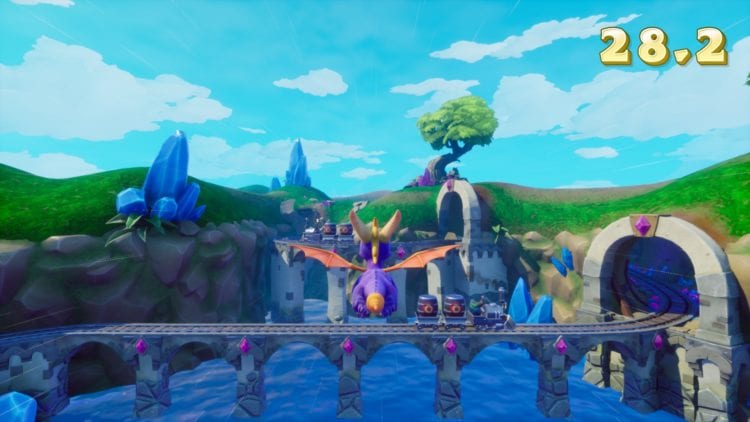 These issues aside, Spyro Reignited Trilogy is a gorgeous game. The environments and character models are cartoony but very detailed. The game has a soft look that lends it a dreamlike aesthetic that is always nice to be immersed in. Even though everything is very clearly taken from the original versions, there are many artistic choices that bring the game’s worlds to life in ways that I couldn’t have even imagined when the originals first released.

Spyro Reignited Trilogy makes for a very compelling package. It contains three classic 3D platformers that are still just as fun to play as ever, but with a beautiful new coat of paint. The games aren’t long at all individually, but the whole shebang will likely take most people between 20-25 hours to get through, depending on their level of interest in getting 100%. Fans of the genre or people nostalgic for the original games will absolutely find a lot to like in these remakes. Perhaps Toys for Bob will make their own full sequel one of these days. They’ve sure shown that they understand what makes the classics tick.

Spyro Reignited Trilogy is a joy to play through. There are a few issues with the port, but it's a beautiful game that's a joy to get lost in.

Anno 1800: Botanica DLC is now ripe for the picking

Sense: A Cyberpunk Ghost Story fully crowdfunded and has demo out now

By Kurt Perry14 hours ago
Reviews

By A.K Rahming16 hours ago
Reviews