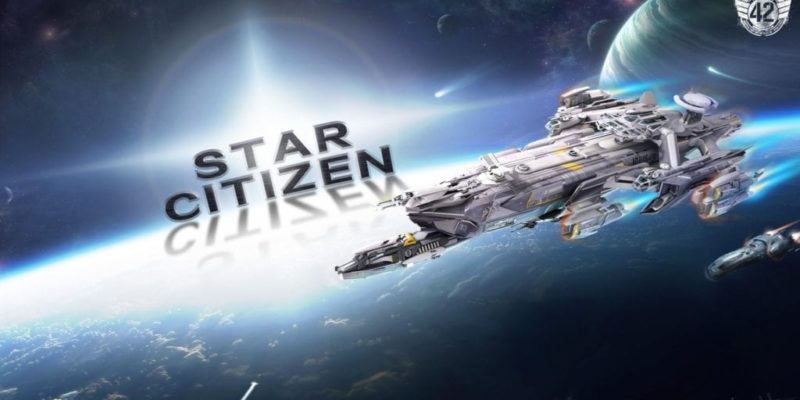 This week’s Star Citizen production schedule came with  news that aim dates would be removed from the weekly reports. So what does this mean?

CIG is between a rock and hard place when it comes to the Star Citizen 3.0 update which is slowly but surely slipping out of their summer release window. Backers want transparency but as CIG updates their own schedule for transparency each week, backers see the dates continually slip beyond CIG’s estimated completion dates. The community is desperate to get their hands on 3.0 and they are also wanting to see progress and a release date for 3.0. The community continues to get frustrated with the dates being pushed back each week but creating this game is proving tricky for CIG and delays have become the norm.

To try and address the frustration caused by the weekly production schedule, CIG introduced what they call Burndown in this week’s ATV video segment which gives a behind the scenes look at the team tackling some of the issues.

The frustration of some members of the community was obvious in this Star Citizen forums and CIG posted a few responses to questions regarding this method of providing rough release information and insight to the development process. Here are some of those posts from CIG:

We get it, and we’re still working on our production schedule processes as we are wading through uncharted territory when it comes to this level of transparency. We’re not being disingenuous; this is a massive update and the pieces truly are coming together. We are always looking into creative ways to be more transparent with you all(Around the Verse, Burndown, etc) and have decided the changes we made with this week’s schedule will provide you even more insight into how things are going.

This update is HUGE. Our biggest yet. There are many moving parts that go into a patch of this magnitude and with that will come hurdles and challenges, and we’ll continue to communicate those as best as possible.

The intent of providing Burndown is to replace the inconsistent time dates (which were based on our best projections). It’s to illustrate the very tasks we tackle regularly. It doesn’t mean the sky is falling, rather it provide further transparency using actual trackable numerical values.

Our thoughts with this process is that it’s easiest to digest when you get to see week over week changes, especially since some days there may be none, and others a tremendous jump when a feature is online. We’ll continue to evaluate how effective this is and to see if we need to change the frequency of updates.

We are curently doing something to a level that has never been done before. With the curtains pulled back, it reveals a common path traveled by project managers and software developers, largely unseen by the general public. We understood the hurdles that would come with this type of communication, but we made the decision to be transparent and we’ll stand by it.

Marketing does not impact publish dates. At all. We genuinely want this release just as bad as all of you, and are taking all the steps to do just that. We’ve also been very upfront about the nature of the challenges, and our dates were based on what we thought we could hit, and we adjusted as we went along. Still, we feel that the new Burndown method is a better approach so that you understand what we’re faced with, and we’re making efforts to present full insight into what those challenges are in an easy and trackable format.

To help give backers an idea of what’s going on, the following chart is the main go-to point in the weekly schedule for a snapshot overview of issues. CIG explain:

What you see below is a numerical representation of issues the team are focusing on to close-out (Burndown) to get to an Evocati release candidate. We’ve decided to remove the ‘aim dates’ for our releases and focus on the information below which should give a more accurate look at where we’re trending. Below, you will find a chart which shows the number of issues that were resolved, against the number of issues that were created so you can see the progress of work we’re doing on a week-by-week basis. However, as we’ve just entered this phase, we don’t have enough data points to graphically give an accurate representation of our Burndown this week. 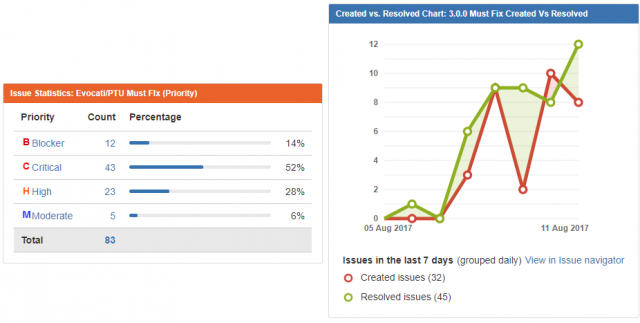 What these charts do show is that bugs keep cropping up as old ones are fixed but it’s not really detailed. Compared to last week’s chart, a total of seven bugs were resolved. When will Star Citizen 3.0 come out? When will Squadron 42 actually be a thing? These are questions all backers are wondering at the moment but 3.0 is slowly but surely slipping into autumn/winter, or even 2018. As for Squadron 42? Well, that could be next year, in two years time, or when we’re flying our own real spaceships.

CitizenCon is scheduled for 27th October assuming no “critical” bugs in the venue’s foundations crop up that cause the building to collapse. For the sake of the whole project and the community’s sanity, CIG will hopefully deliver something substantial prior to or at the CitizenCon event that’s not just more ship sales or staged demos. I think we’ve all seen enough of those now.

GamesCom also takes place next week but my advice is to not pay too much attention to what Chris Roberts tells fans at the event or get excited about any Star Citizen demo he may show. At last year’s event where we were all led to believe that planetary landings were coming in the not too distant future and that hasn’t quite worked out as planned. Whatever is shown is likely to have been cobbled together in an attempt to get more funding. I will, of course, be keeping a close eye on it but it will difficult to watch.

The bottom line is, CIG needs to start delivering and this 3.0 update completed as fast as possible and out to backers.