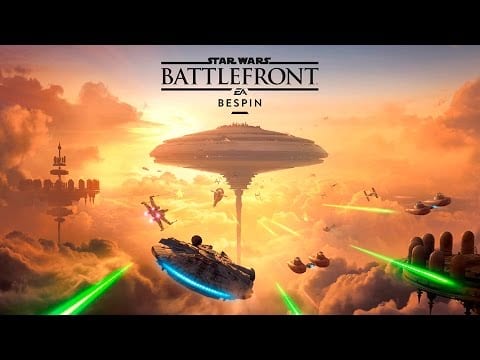 Alongside today’s release of the Bespin DLC for Star Wars: Battlefront, the game has received a substantial patch for all players. The maximum rank has been increased from 60 to 70, and there are changes to the way the ‘Partner’ system works. See below for the full change-log.

On the DLC front, Bespin adds Lando and Denger as playable heroes, as well as five maps based around Cloud City. There is also a new game mode called ‘Sabotage’, in which the Rebels must destroy a Tibanna Gas Generators that the Empire faction is using to prevent Rebel transports departing the station.

New weapons (the X-8 Night Sniper and EE-4) are included in the DLC too, along with new Star Cards. Here’s what’s been added for both Bespin-owning and regular Star Wars: Battlefront players.