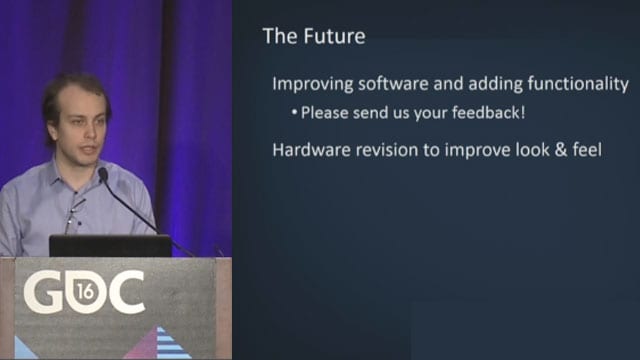 Valve’s GDC Steam Controller presentation has been posted giving more information on their plans for the device in the future.

The presentation takes an overall look at their controller and its impact since launch and also highlights some of their plans which include releasing a revised version as far as “look and feel” is concerned. It’s unlikely to change too much and will probably still look like an owl if any changes are made. There appears to be little enthusiasm to add more buttons or change the existing setup.

“In the future we are working on a hardware revision to the controller to improve look and feel, but we’re pretty happy with the feature set we have now and do not intend to drastically change it, or even change it at all”

Valve has states they have shipped out around 400,000 controllers since it launched. It also sounds like they’re still experimenting a lot with the device and they’re encouraging more feedback from developers and the community.

The Steam Controller CAD files were recently released by Valve so perhaps they’re fishing for design tweak ideas ahead of making any concrete changes.

The full presentation is now available on the GDC site.

By Michael Feghali47 mins ago
Hardware