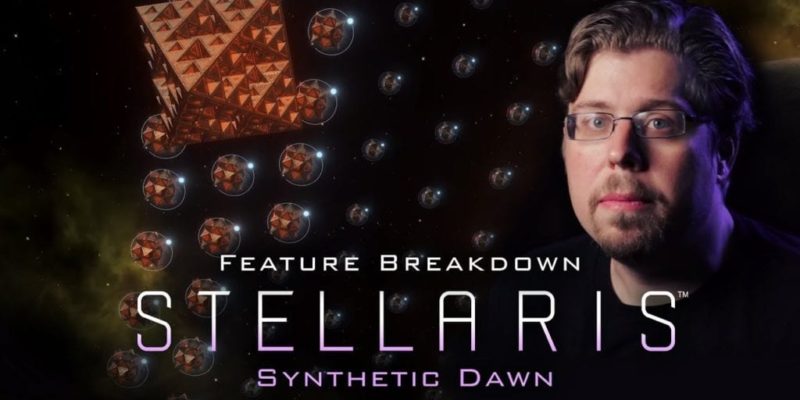 The next ‘story pack’ for Stellaris will be doing the robot on 21 September. Priced at $10, Synthetic Dawn is going to be all about the rise of the machines.

It’ll allow a special ‘Machine Empire’ start, with specific narrative event chains and mechanics. You’ll (potentially) be constructing a robot hive mind and striving towards an AI network of galactic prominence. Fallen Empires will have a chance to be synthetic in nature, too. Plus there may be trouble arising if the robo-beings start getting in the mood for revolution.

Expect more Stellaris race portraits for synthetics and some voice packs for VIR as well. Since Paradox usually release their major patches alongside DLC, it’s likely (but not confirmed anywhere I can see just yet) that 1.8 will come on 21 September as well.

By Jake Su5 mins ago
Industry