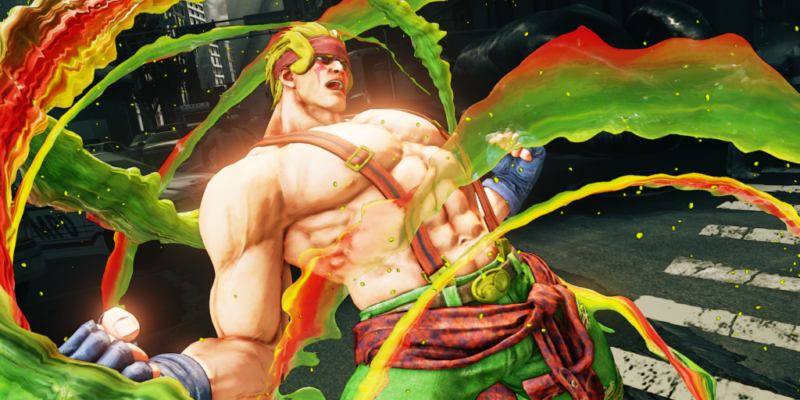 Capcom have announced a forthcoming patch for Street Fighter V, which will add a Challenge Mode, eight player battle lobbies, and (on 30 March), Alex.

In the initial (28 March) patch, Challenge Modes will introduce Beginner, Intermediate, Advanced, and Character tutorials, plus a set of ‘Trials’. These are described as follows: “Put your skills to the ultimate test with combo trials for all 16 characters, ranging from basic to pro combos. Completing Trials will also earn you some extra Fight Money.”

On the online side of things, Street Fighter V will gain eight-person lobbies and a rematch function (“Players can now play a 2/3 set in Ranked Match and Casual Matches, provided both players accept the rematch”). There will also be bug fixes, as outlined in this earlier Capcom post.

Then, on 30 March, Alex will be added to the game. The ‘Zenny’ (real money) store will not be making it into the game in March, so here’s how things will work regarding DLC characters:

A video released today goes over these changes and additions too.

Is the Lack of Fallout 4 Awards a Warning to Bethesda?

By Otto Kratky49 mins ago
News