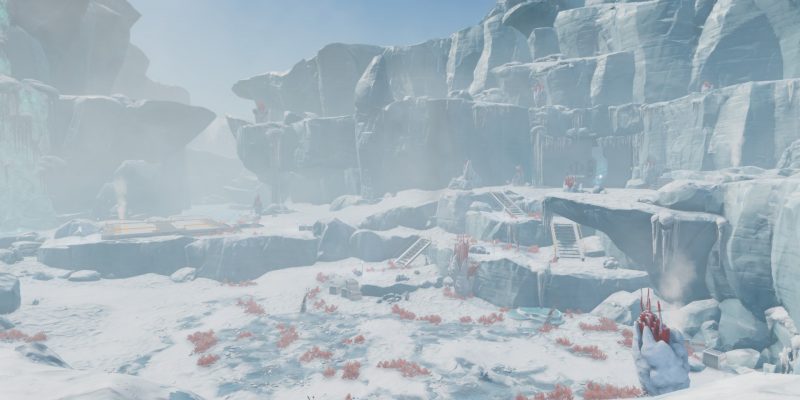 After trekking through Delta Station and looking for Marguerit Maida’s Greenhouse, there’s a good chance that you’ve gotten very frustrated with the cold. I mean, the game is called Subnautica: Below Zero, so even the weather is our enemy. Indeed, you’re going to need to survive the cold since the next phase of Subnautica: Below Zero‘s story involves going to the Glacial Basin, exploring the Phi Robotics Center, and perhaps building the Snowfox as well. Here’s our guide to help you out.

Note: For more information, check out our Subnautica: Below Zero guides and features hub.

Subnautica: Below Zero guide – The Glacial Basin, Phi Robotics Center, and the Snowfox

Robin Ayou’s journey to find out what caused her sister’s death will lead you to the Glacial Basin directly east of Delta Station. Unfortunately, you’ll realize that the cold will get on your nerves. As temperatures drop, Robin will suffer from hypothermia and eventually die. Still, there are a few ways to stave off the cold in Subnautica: Below Zero.

Objects in the environment

There are certain objects in the environment that can provide heat. These include hot springs, geysers, warming fruits, and even flowers such as the Thermal Lily. As long as Robin is standing close to these spots, her body temperature will remain stable. In fact, this is how you’ll trek through the Glacial Basin at the start. You’ll just make sure that you can reach the Phi Robotics Center past the cave and further east, all while finding nearby heat sources. 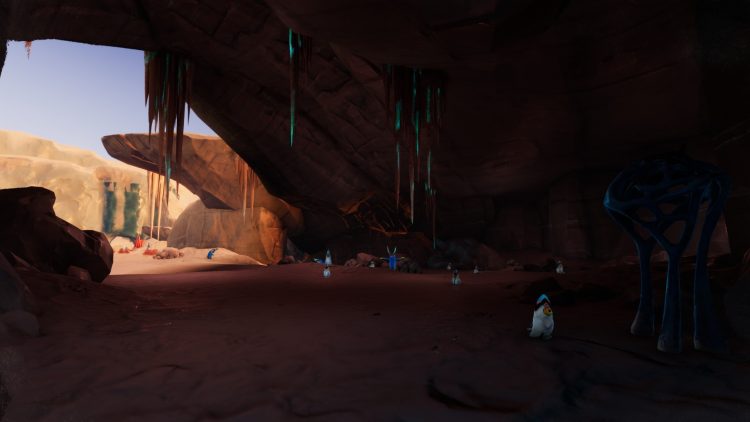 Once you’ve reached the Phi Robotics Center, you’ll find several items that can be scanned. There’s even an Alien Teleporter at the back of the facility, but you can’t use it from this side.

Likewise, there’s the Cold Suit which has three pieces — the gloves, helmet, and the suit itself — all of which can be found in the Phi Robotics Center. These items require fiber mesh from Creepvine samples and Snow Stalker fur from, uh, Snow Stalkers. The problem is that not all Snow Stalkers are domesticated like Marguerit Maida’s pet. All of those you encounter in the open are extremely hostile and will attack Robin on site.

As such, you can either collect their fur by looking for parts in the Glacial Basin or by interacting with them while using a Spy Pengling. Here are the requirements: 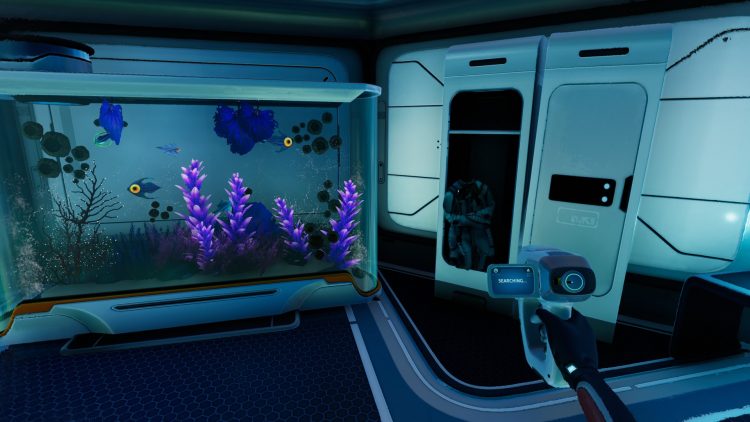 So, how exactly does this device work? Well, you’ll notice some small caves in the Glacial Basin area.

Heck, you can even scan the poster in the Phi Robotics Center so you can have a handy map (seen below). 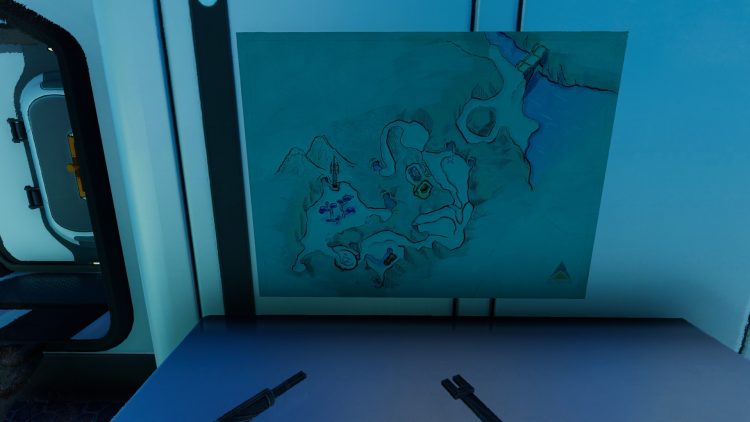 All you need to do is assign a hotkey for the Spy Pengling, bring it out, and right-click to toss it on the ground. Then, switch to the remote and right-click so you can control the Spy Pengling. When it’s close to some Snow Stalkers, it can pick up some fur. Move it back to Robin’s position and pick up the loot once you’re done.

If you have enough materials, you should be able to craft the Coldsuit. You won’t have to worry about blizzards and the snow anymore. 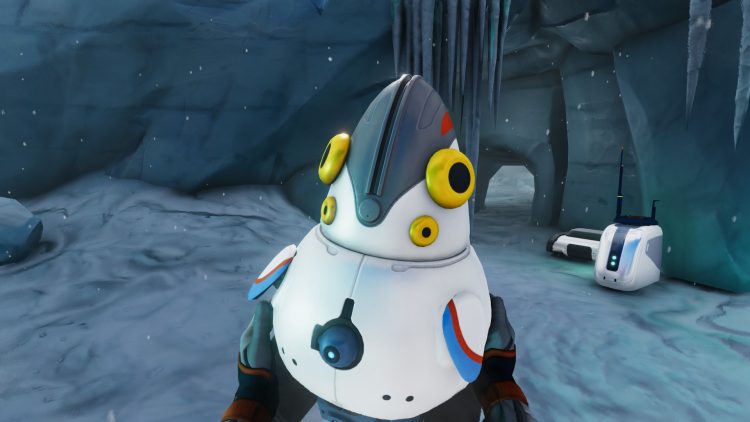 Still, Robin’s regular movement feels very slow and clunky. Likewise, since you’re out in the open, you can still get mauled by hostile creatures. It’s better to have an actual vehicle that can help you with exploration. This is where the Snowfox comes in.

The Snowfox blueprint requires three fragments, and you should find some in Marguerit Maida’s underwater base, the Phi Robotics Center, and next to some of the caches in the Glacial Basin. 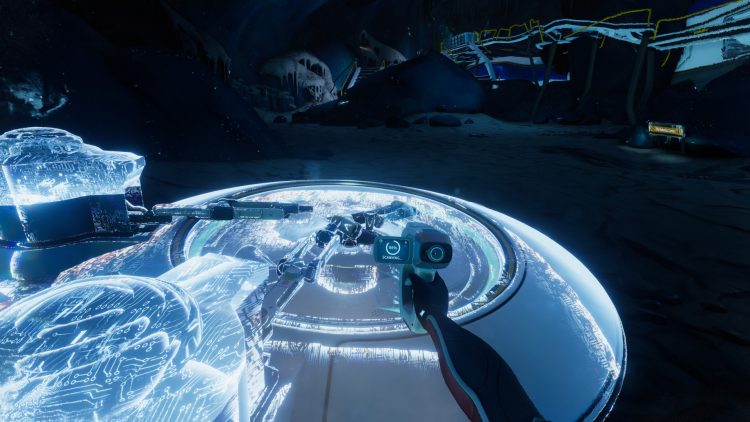 You’ll then need the following: 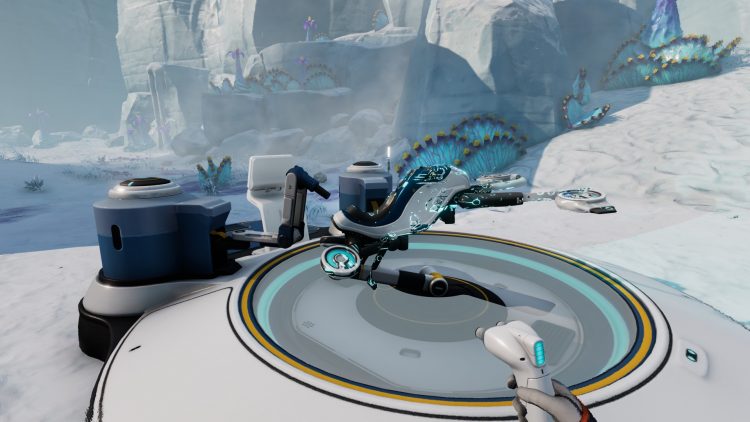 The Snowfox will benefit Robin by making traversal through snowy terrain a lot faster. Plus, it’ll also shield you from the cold. The vehicle has a lot of power, but it’ll eventually run out, so don’t forget to recharge it from time to time. Likewise, you might find some modules for it (i.e., Jump Module and Ice Worm Attack Reduction).

Anyway, let’s discuss what you actually came here for, and that’s the Kharaa Antidote. 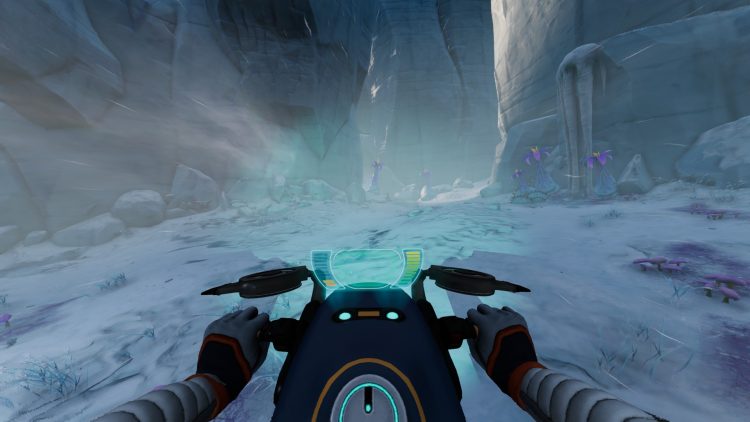 Subnautica: Below Zero is available via Steam. For more information, check out our guides and features hub.

Subnautica: Below Zero guide — Where to find Marguerit Maida’s Greenhouse