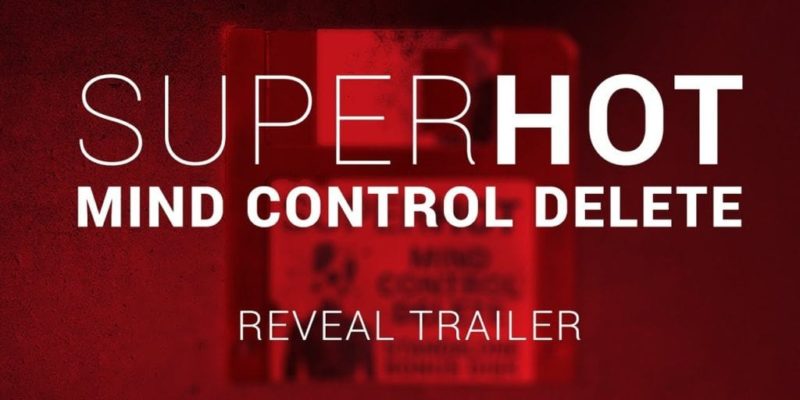 The excellent SUPERHOT is about to get an expansion called SUPERHOT: MIND CONTROL DELETE. This is a standalone expansion which expands on the original concept by bringing more new challenges and gameplay mechanics to the time freezing title.

The new content will include new challenges that make players stronger as new powerful abilities are unlocked. This time there will also be new playable characters.

The Early Access release will start with two playable MINDS with their own abilities, a selection of new levels, new AI and animation, new enemies, and hitpoint system and power-up store. The team says there is a, “procedural rogue-like run generation baked into the core gameplay loop, enabling us to tell longer, more complex stories and deliver tons more of satisfying skill-based gameplay.”

The game is about to go into Early Access but it’s not going to be fully released for some time, it could be nine to twelve months before it finally releases according to the SUPERHOT team. The Early Access release will initially be quite basic with no story so as not to spoil things, no advanced power-ups or enemies, no replay or point system, and no hidden menu mini-games.

The SUPERHOT team sound ready to get the ball rolling now adding:

“With morale at an all-time high, we immediately jumped into a flurry of prototyping and refining gameplay and story concepts that we weren’t able to fit into the original game. We tested and put a bunch of them to work in virtual reality, and after releasing SUPERHOT VR to even more outstanding support from you guys, we finally had a road map for the first non-VR expansion ironed out in December 2016. In our usual no-compromise approach to design, we made that roadmap way more ambitious than originally anticipated and we decided to make the expansion a fully standalone game, allowing us to rewrite and reimagine all of our major gameplay systems. ”

The Steam page is live now and there’s this new trailer and a live stream planned for tomorrow.