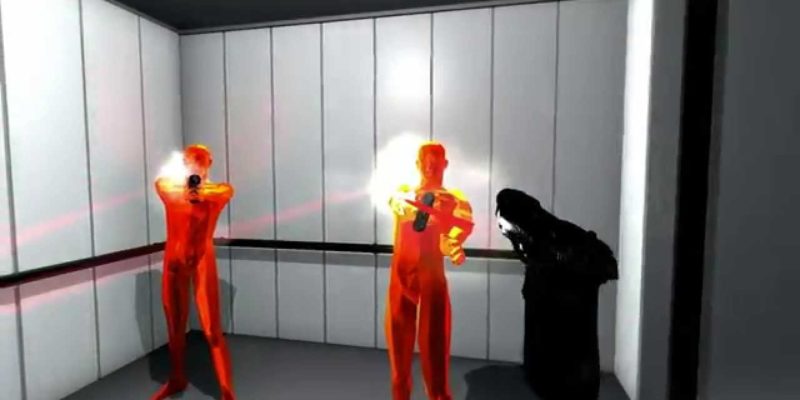 All going according to plan. Probably.

Do you remember playing SUPERHOT’s prototype version back in September last year? If you do, the game shouldn’t need much of an introduction. If you missed it, here’s the best way to find out what’s going on with SUPERHOT. You’ll need the Unity plug-in to play it.

Should you prefer to just read words about SUPERHOT instead, then here we go. It’s an FPS where time only moves when you do. If somebody is firing at you, just stand still for a bit to take stock of the situation. Consider your motions carefully, and before long you’ll be engaging in a horrible yet also horribly stylish ballet of death.

Based on the new trailer (below) SUPERHOT is adding some sassy, bullet-blocking swords and close combat attacks to the formula for the full game. In order to make that game, though, the team quite fancies having $100,000 USD in funding. The Kickstarter is already close to half-way there, so I’d imagine that will work out fine. A copy of the game will cost you $14.00 USD in pledge-cash, but if you want to chip in with $10,000 USD for some reason you’ll get a “unique, hand-made, electronic SUPERHOT device” (and all previous reward tiers) so that’s … good.

The Kickstarter blurb says that SUPERHOT fellows have “basically rewritten the game from the ground-up,” fixed a lot of the problems with the prototype version linked above and improved the art style. They’ve also been adding new scenarios to think and gun your way through, like “shootout in a subway train, showdown on the top of a skyscraper in rain, jumping into a moving elevator.” In the context of this title, those all sound pretty terrific.

Here’s what the game looks like eight months on from the prototype.

The Sims 4 gets a Create-A-Sim trailer