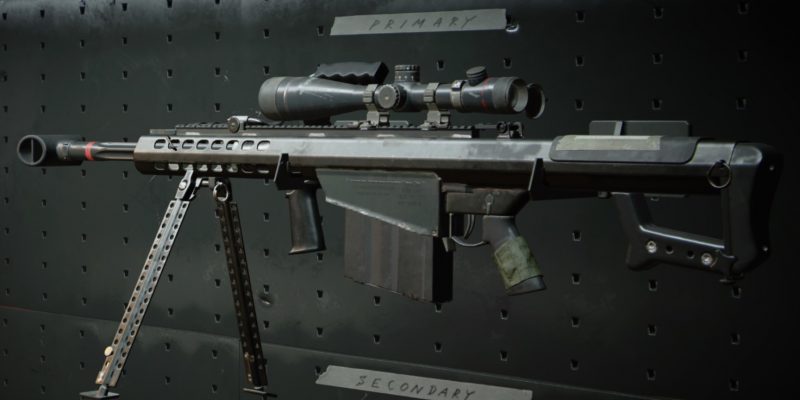 Every Call of Duty has its very own iconic semi-auto sniper rifle. And of the semi-auto rifles we’ve seen across the franchise, none are more iconic than the Barrett range. From the original Modern Warfare‘s 50. Cal to the Rytek AMR present in the reboot, the Barrett anti-material rifles have seen plenty of love in CoD. But the same cannot be said for Black Ops Cold War‘s latest rendition, the M82.

The M82 is an anti-materiel precision rifle based on the real gun of the same name. Unlike the other snipers in Cold War, the M82 is a semi-auto sniper capable of outputting a best in slot 180 rounds per minute. Unfortunately, the improved fire rate is counteracted by its many problems. It has the slowest aim-down sights time of any sniper and by far the most awkward idle sway to control in Cold War. To make matters worse, the M82 has a smaller one-shot kill radius than the LW3 – Tundra. Honestly, this gun sucks. But if you are working toward the Dark matter grind or just want to try challenging yourself, here’s how to make it usable.

Whatever you do, the M82 will never be a good choice for playing aggressively. Its stock aim-down sights time of 700 ms is just too slow. Trying to run around with this sniper will see you losing an awful lot of gunfights. Instead, you’ll want to play slow and pick off your targets from a distance. To deal with pesky flankers, I’d recommend running the Law Breaker wildcard with a sub-machine gun secondary. Typically, the MP5, AK-74u, or Mac-10 are all strong options.

Snipers are one of the few gun classes in Black Ops Cold War that come stock with decent bullet velocity. This is great as it makes the 15% reduction to bullet velocity provided by the Sound Moderator negligible. Because of this, I’d consider it a must-use attachment as being able to stay off the radar is extremely useful. Partnering this with the Ghost perk allows you to play as a stealth sniper of sorts. 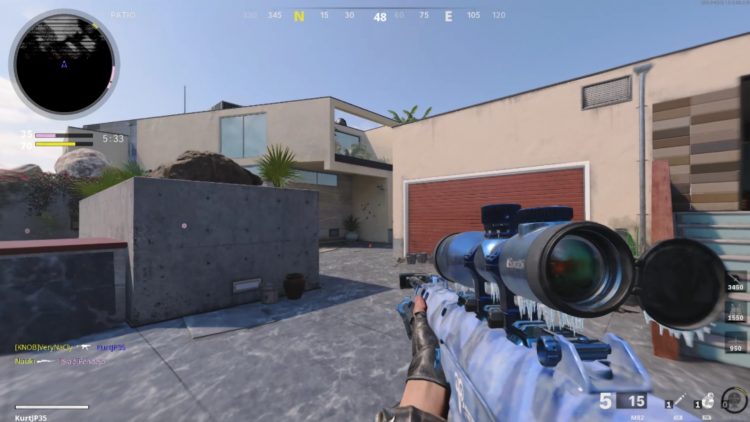 Given that its faster fire rate is about the only thing the M82 has going for it, it’d be foolish to not capitalize on that. While the Tiger Team barrel’s extra damage and bullet velocity are nice, it’s the 18% boost to our fire rate that we’re interested in. This brings the M82’s output up to 212 rounds per minute. To put that number into context, that’s about as fast as the Gallo SA12 semi-auto shotgun. This boost is great for landing those tricky follow-up shots that are often necessary due to this sniper’s frustratingly common hit markers.

If you’re planning on using the M82 for regular six versus six, the SOF Target Designator is probably not necessary. This body attachment makes it so when you aim near an enemy, both their nameplate and an easily visible circle will appear above their head. In-game modes that take place over longer distances like Dirty Bomb and Combined Arms, spotting enemies hiding in awkward places can be tough. But the SOF Target Designator does most of the work for you, which makes it a great choice on any long-range weapon. For six versus six, consider switching this out for the 7 Round Magazine instead. 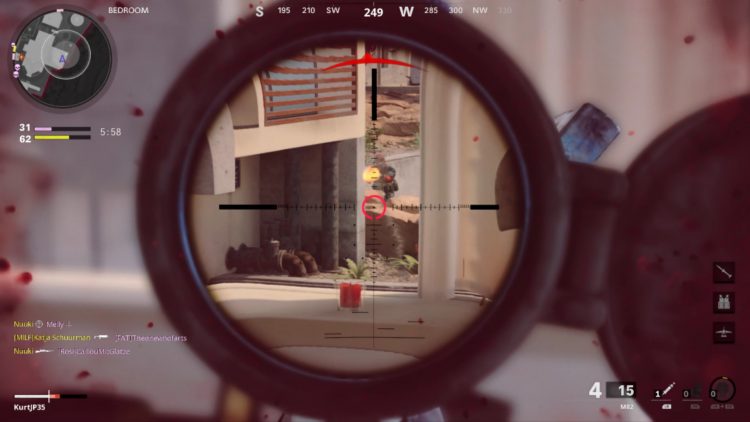 Given how important follow-up shots are with the M82, reducing its shocking stock recoil is essential. Although its horizontal bounce isn’t too hard to deal with, it has by far the most vertical kick of any gun in Cold War. Over time you’ll develop the muscle memory to drag your mouse down between shots but even so an attachment like the Bipod is still essential. The bipod reduces both your horizontal and vertical recoil by 20%, making it far easier to control the M82’s nasty kick.

Finally, it’s time to address the M82’s atrocious handling characteristics. The only attachment that helps its aim down sights time significantly is the Airborne Elastic Wrap. When equipped, its ADS drops from the aforementioned 700 ms down to 616 ms. This 12% decrease is essential but still doesn’t do enough to help the M82 compete with Black Ops Cold War‘s other snipers. Case in point, a fully built Pellington has an aim down sights time of just 482 ms with the exact same damage profile. Sadly the truth is that in most cases you’d be better off using just about any other gun in the game. The M82 is just not a choice compared to its competitors.