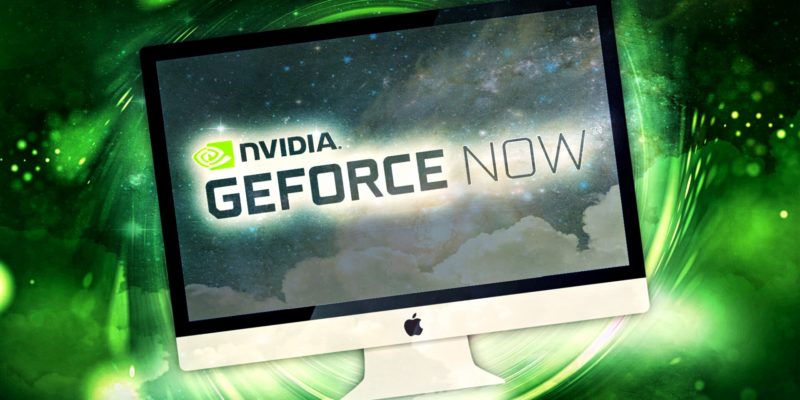 GeForce Now has been out publicly for a handful of weeks. Its release has been appreciated by many, as it’s managed to properly fulfill its promise of providing high-end PC gameplay sessions to those that don’t even own the hardware. This has granted folks who otherwise wouldn’t be able to play these games the ability to do so. This process was built over several years of testing, and throughout that period, developers seemed all for it. But now that GeForce Now is out on the market as a paid service, some studios have decided to opt out.

Nvidia has addressed this situation alongside the announcement of its 1 million+ user base just a few days ago. Despite the successful launch, Nvidia did mention that there have been, and will continue to be, some studios that do not approve of their games being featured in the service. The company admits that it is the right of the developers to make such a decision. But this does leave the end-users in quite a predicament, as they now have to wonder if the new games they want to play will be available and if they’ll ever get to enjoy the ones they have in their library. Let’s see if we can find out where the conflict really stems from.

GeForce Now has a very interesting business model that’s notably different than that of a standard streaming service. Let’s compare it to Netflix. Customers pay one flat fee to access the entire library of content on the streaming service. That membership fee then goes to the company, but not all of it. Minus the content that it owns, Netflix has to pay a licensing fee to every other entity that has agreed to let their content be a part of Netflix’s lineup. Other streaming services like Spotify, Hulu, and many more also work this way.

On the flip side, GeForce Now instead has users pay for the content on an individual basis. The only games you can access using the service are the ones you buy from supported marketplaces like Steam and Uplay. In addition to that, there is a premium membership that (currently) goes for $5 USD per month. This is where the big catch comes into play.

When GeForce Now was in its testing phase, users were able to play supported games without worrying about developers proverbially pulling out the socket. Now that GeForce Now is being offered to the public with a paid tier, however, contention has brewed. Why the shift? Well, as they say, “money talks,” and what it seems to be saying here is causing a division between Nvidia and studios. 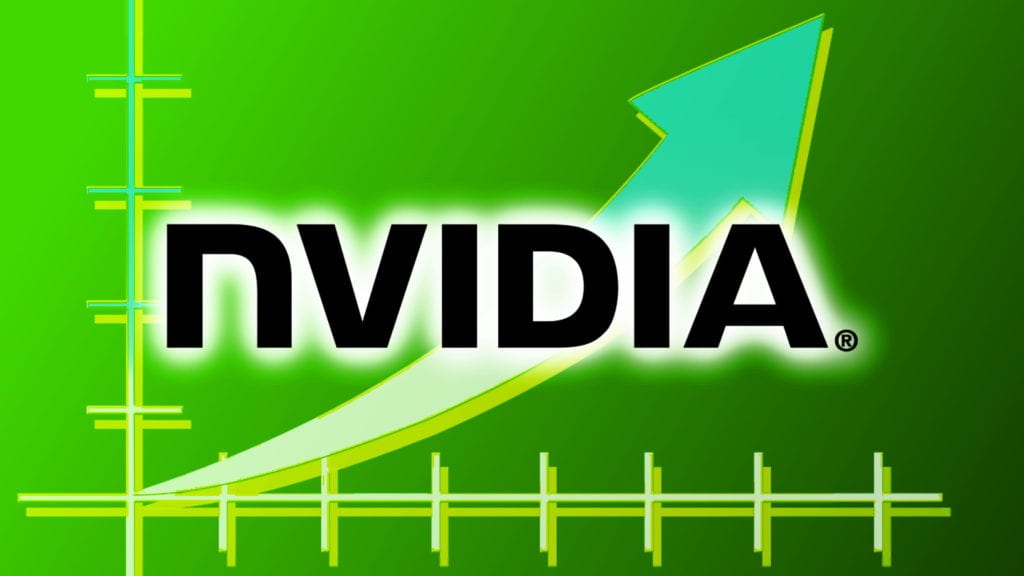 Where does the dough go?

Unlike with Netflix’s business model where both the service and the content creators get a cut of each membership, all of GeForce Now’s profits appear to be going directly to Nvidia. But this (and everything else from this point onward) is really just a theory on my part because neither Nvidia nor disgruntled studios are outright saying why it’s not okay for some games to be a part of the service.

In Nvidia’s aforementioned statement, it does at least allude to the fact that money really is the problem. Part of the statement reads: “As we approach a paid service, some publishers may choose to remove games before the trial period ends” (emphasis added).

The “trial period” is referring to the previously mentioned $5 premium membership option. That actually starts off as a 90-day free trial. So, folks who signed up with this option have not actually paid just yet; the earliest membership fees will be collected in March 2020. The 1 million+ users that Nvidia mentioned weren’t differentiated by membership type. 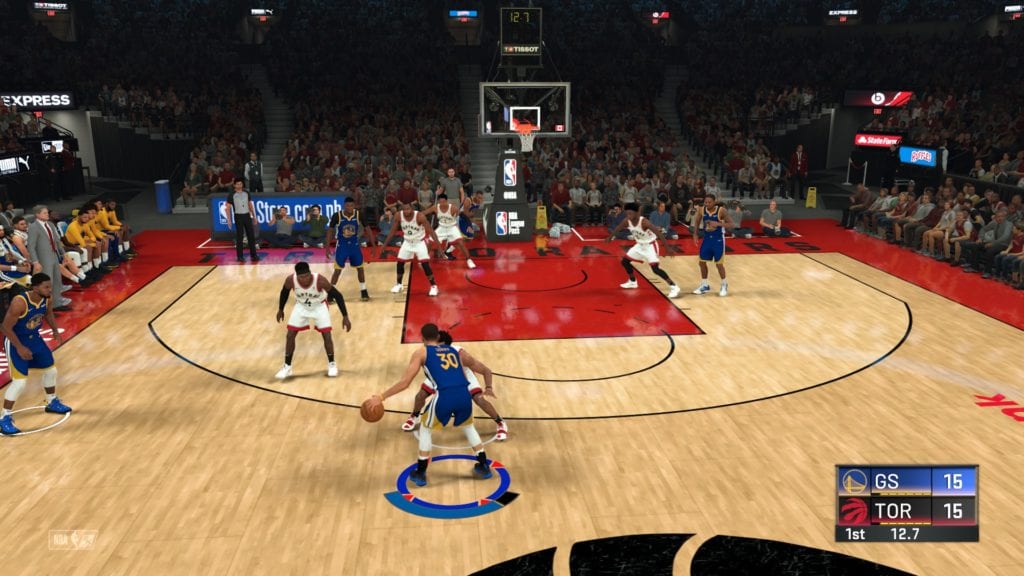 2K has recently requested its games to be removed from the service.

But for the sake of argument, let’s assume that a flat million customers signed up as premium users. If they were all to choose to let their accounts be charged when the time comes, that means Nvidia would generate $5 million. That alone is a pretty decent chunk of change. And considering that the service is going to grow, this number does have the potential to really be far bigger.

Again, we don’t know for sure if Nvidia is literally getting all of the profits. It could potentially have made deals with the likes of Valve, Ubisoft, and the other marketplace holders since GeForce Now is designed to let users access only those clients. But still, the fact that this is causing contention is still reasonably confusing to users.

Again, you cannot play a game with GeForce Now without buying it first. That means that developers/publishers are being paid. Though keep in mind they have to share a percentage of that with the marketplace holders. And this is probably right where the problem is. 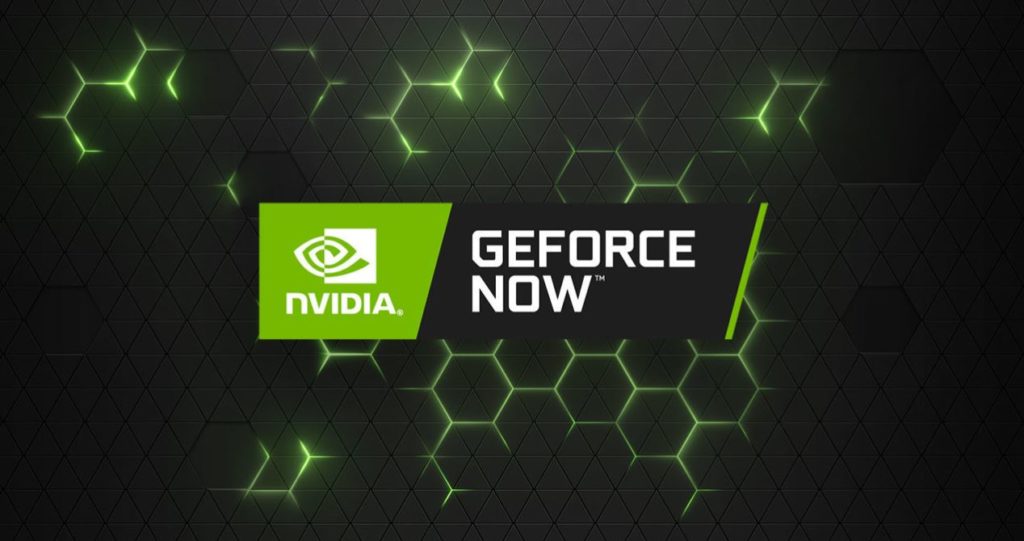 Profiting from the pixels

Under normal circumstances, when a customer buys a game from a store like Steam and plays it on their own hardware, that’s all the game studios have to worry about. They got a customer who’s enjoying their product. But now, Nvidia becomes a sort of middle man in this business relationship. While, yes, the money from the customer to play the game is still ultimately going to the studio as it would normally, Nvidia is also getting a chance to bank in on this situation. So, it seems that some studios are upset that Nvidia is essentially profiting off of their own work.

Compare this to the likes of Google Stadia, the main competitor to GeForce Now. While GeForce Now is essentially a service, Stadia acts as an entirely separate platform from PC and consoles. Stadia users not only have to pay a membership fee (for now), but they must also buy games from the Stadia marketplace in order to play them. Thus, money is still going to developers/publishers in a way similar to if a customer would’ve bought a game on a console or a PC marketplace using their own machines. Thus, studios are far more open to this idea.

Even so, the scuffle between Nvidia and game studios frankly doesn’t really matter that much to the end-users. Especially if the user is using the free tier of GeForce Now, it just makes the situation even more unfair for the customers themselves. GeForce Now primarily appeals to folks who simply don’t have their own hardware to play games on. So, now that they finally have the means to play the games, one would think that studios would be ecstatic.

This whole service ultimately generates more customers for the studios since accessibility has been increased. But, it seems like some of them aren’t pleased that a new revenue stream has been generated that they can’t tap into. To an extent, I can understand why game makers are upset. But, in the grand scheme of things, I don’t think it’s worth the retaliation.

Gaming is a pretty expensive hobby. A good PC that can run modern games is never going to come as cheaply as $5 per month or $60 per year. So, a decent starter build should run someone about $500 (being very modest), which means it would take that person about 8 years to save up that amount by putting aside $60 a year. Clearly that’s not reasonable, which is why GeForce Now has taken off so fast. It’s giving people access to games, well… now. And that studios are still getting to cash in from the sales should be incentive enough to let Nvidia do its thing.

But again, Nvidia does still respects the wishes of each game maker. That being the case, if it isn’t already being done so, perhaps the company should entertain the idea of cutting the profits made from premium memberships with each dev/publisher.

For the studios that are okay with simply letting people play without stipulation, “Good on ya!” as the Aussies say. In an ideal world, this would be the case for every PC title. But alas, it seems highly unlikely we’ll have the ability to stream any game we want via a virtual machine. As time goes on, we’ll see how many other companies take decisive action. But here’s hoping Nvidia is genuinely trying to handle the situation well enough to discourage that.