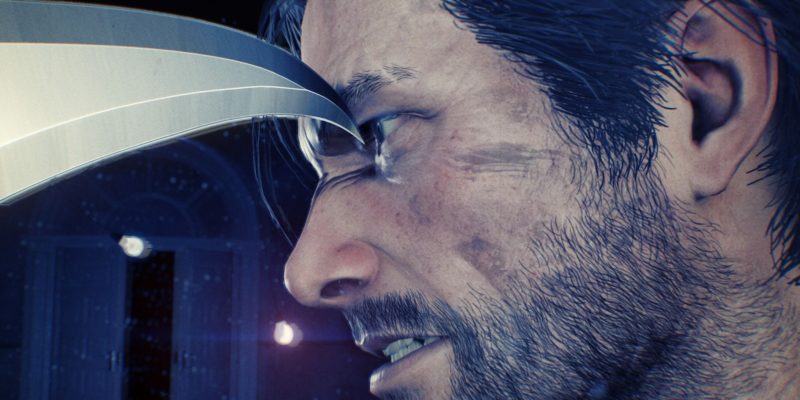 Considering the nature of many of its body-horror monsters, it’s weirdly fitting that The Evil Within 2 is a bit of a shambling chimera of a game, with dangling mechanics and ideas roughly sewn onto it. As with those same monsters, it’s also a lot more fun to deal with than that analogy might first indicate.

Weirdly, the one aspect of it which is relatively well laid-out is its plotting, which is not something I think anyone who played The Evil Within would expect. The first game did a lot of stuff rather well (at least until it turned into a bit of a rote shooter-with-jump-scares), but plot was not one of those things. It started off well enough, but by the end it was a confusing mass of ideas and plot threads that weren’t resolved in any real satisfactory way.

Conversely, The Evil Within 2 has a simple setup, and that setup lays the groundwork for the entire game. There are a few twists and turns along the way, but the core goal never changes, and there’s even an actual conclusion rather than a load of dangling bits of plot. That doesn’t mean the plot is novel or particularly good – indeed, most of the dialogue contains more corn than an Iowa farm, which I find rather charming – but it provides a decent enough driving force. 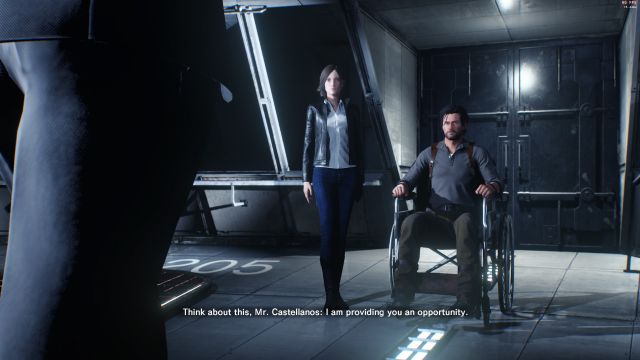 Insert villain’s “We should work together” speech here.

Some time after his rather horrific experiences in the first game, Sebastian Castellanos – former detective and current winner of the Solid Snake Sound-Alike contest – learns that his daughter is alive and is being held by shadowy conspiracy Mobius, who are largely to blame for the events of the first game. Not only is she alive, but she’s actually the lynchpin of their new STEM system (the weird mind-world in which the games take place)… but things have once again gone terribly wrong, and they’d quite like Sebastian to go in and sort it all out. Reluctantly, our gravel-gargling protagonist heads into a new gestalt world to save his daughter and possibly figure out what’s turning everyone connected to it into murderous monsters this time. Along the way, he’ll need to come to terms with his guilt and fears.

And yes, holy shit, it actually resolves. Genuinely. I’m not going to give specific spoilers or anything, but it’s nice to have a game that doesn’t end with a bunch of threads left open for a sequel.

Tonally, The Evil Within 2 is a mish-mash of horror B-movies, which is fine but a little disappointing. We have the spooky town, and the spooky mansion, and the rusted blood-covered hell-like areas, and the impossible spaces where gravity is weird. Considering the possibilities opened up by a setting crafted from the minds of its occupants, it’s a shame the areas aren’t a little more unorthodox. Nonetheless, I don’t think it was really going for unorthodox – and that’s perfectly fine. It wanted to mash together a lot of well-known horror tropes, and it does exactly that with joy and aplomb. 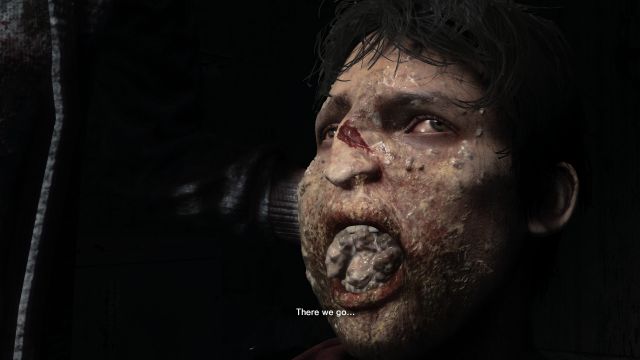 It does, however, go for gross-out fairly often.

The new pseudo open-world design works in favour of this. Every few chapters, you’ll find yourself in a new, wide-open area full of buildings to explore, equipment to find, and side-quests to navigate. These areas aren’t huge, mostly comprising a small area of town with a few streets and a few big buildings, but they work surprisingly well – not least because I don’t recall seeing something like this before.

The best part of these is the exploration. When you walk into a house, you might find four rooms with a few scattered pickups and a monster or two. Alternatively, you might find yourself summoned to an alternate world and chased around by a frankly terrifying ghost thing. The more interesting encounters are highlighted by “signals” when you get reasonably near to them, but you still never quite know what’s going to happen, and this allows The Evil Within 2 to tell a whole bunch of little stories and have a whole bunch of little set-pieces, entirely separate from the main plot. 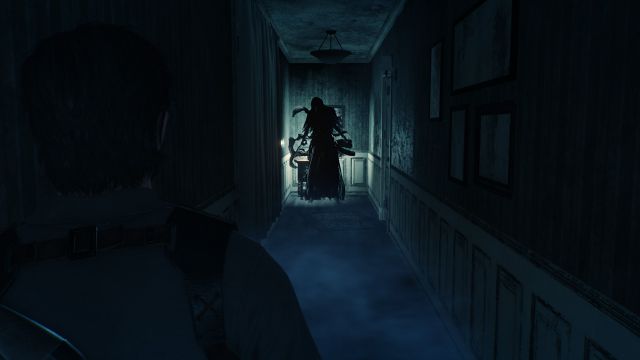 The Evil Within 2 doesn’t often dip into legitimately creepy, but when it does…

This all plays out with the same The Evil Within combination of stealth, gunplay, and item management, with some tweaks to the formula. There are far, far fewer segments involving instant-death enemies, and the open-world approach in some chapters gives you a surprising number of options. You can take your time and try to stealth kill weaker enemies before getting into a fight with the larger ones, or draw their attention and lure them all to an environmental trap, or use a quiet weapon to pull one or two towards you before starting a larger firefight. And, as in one very early segment, you maybe want to avoid that huge terrifying monster and try to sneak around it or search for an alternate path instead of fighting it, but the choice is yours.

This is all broken up by more linear chapters, although each open-world area can be backtracked to until you reach particular points-of-no-return for each one. As you’d expect, the linear chapters are much more staged and play out like something from Resident Evil 4, with a few branching paths and side-areas to explore, but are ultimately very linear. 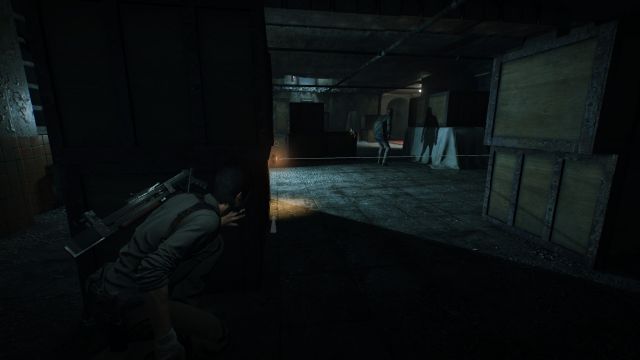 Or you can lure foes into explosive tripwires. Or use the hilariously overpowered smoke bolts, because the crossbow is back with all sorts of ridiculous upgrades.

I’d argue the balancing of items is maybe a little off on the game’s regular difficulty, but this could just as easily be down to playstyle. For instance, I never felt like I had enough ammo to be comfortable, especially because aiming seems a lot more difficult here than before so missing even a single shot was a big deal. On the other hand, I finished the game with something like 40 herbs (three of which can be crafted into a healing syringe) and a full inventory of medical supplies, which led to a situation where I realised it was more cost-effective to let a self-destructing enemy hit me and then just heal up than it was to waste bullets on them.

Most safe houses (read: save points) contain coffee pots that restore you to full health, herbs are all over the place, and there are plenty of medical kits and medical syringes around too. This didn’t cause too big a problem, mind; healing in combat isn’t something you really want to do if you can avoid it, and managing my ammo was enough to give me the survival horror feel of never being quite safe. Limiting resources while ensuring that even the worst player has enough to survive is a tricky thing.

Lighting, colour shifts, and a variety of other techniques do a really good job of setting and playing with an atmosphere.

There’s also an awful lot of style going on here. I bitched about the lack of texture quality options in our tech review (and judging by the internet, The Evil Within 2 is indeed very weird in a performance sense) but things like motion blur and chromatic aberration are actually used rather well. Calling The Evil Within 2 “dreamlike” isn’t really accurate unless you’re Hieronymus Bosch, but the surreal mind-world is pretty well supported by blur, bloom, and visual oddities, and they’re done really rather well here.

That said… well, barring individual bits, it’s not particularly scary, especially if you’ve played anything like this before. Yes, those corpses on the ground are probably enemies playing dead. Yes, something will probably jump out at you when you flick that switch. And yes, rusty bloodstained dungeons are more grisly than spooky. As with its predecessor it also gets less freaky as you build up your arsenal and learn what to expect, but to some extent, that’s an inherent problem with this sort of shooty horror game.

It also has a few problems with creativity in monster design. There are a couple of really good ones in there – mostly the setpiece monsters and bosses, like a really freaky camera-headed thing that squeals in pleasure as it stalks you – and some legitimately excellent callbacks to the first game, but mostly it’s some seen-before variation of Zombie People. And while you have the option of gunplay, stealth is generally the preferred option, and there’s still some minor wonkiness with the way these mechanics work and animations going very wrong. 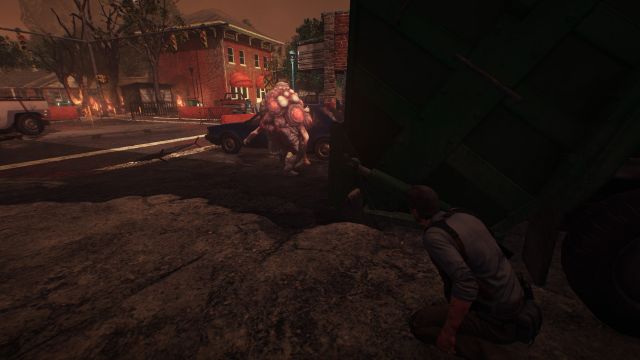 You get one guess as to what these big bloated enemies do when they get close to you, and if you’ve played a game with multiple zombie types before, you’re not going to need to guess.

The surprising thing is that none of this bothers me a great deal. That might sound very strange considering that most of what I’ve said sounds suspiciously like complaints, but as part of a game that’s taking more than a few cues from schlock-horror B-movies, it’s honestly not very problematic at all. Hell, in some cases, it enhances the feel of it. Legitimate psychological terror wouldn’t work very well in a game in which you’re also upgrading a shotgun to more effectively blast enemies; this is the sort of game where monsters leaping out of nowhere to make you jump feels enjoyably appropriate.

Basically, if you’re after a game that’s outright trying to scare you, The Evil Within 2 is not what you’re after. But if you’re the sort of person who enjoys a cheesy B-movie, who craves well-assembled gameplay with some original and quirky ideas, and who likes lashings of gore and over-the-top horror tropes, it’s a really good time despite – and in some cases, because of – it’s flaws.

In a lot of ways, it’s a game made for a specific audience. I’m part of that audience, and while there’s a bunch of stuff I wish was different, or better tuned, or more coherent (and maybe was a few chapters shorter, as the real “climax” of the game takes place a little way before the end) I had a bloody good time. It’s not for everyone – certainly not for those expecting a deep horror experience – but it scratches my Resident Evil 4 itch in a stylish and pleasing way.

Mixing open-world and linear survival horror is a brave experiment that largely pays off for this enjoyable, schlocky stealth-action horror title.

The Black Death adds Pestilence to the troubles