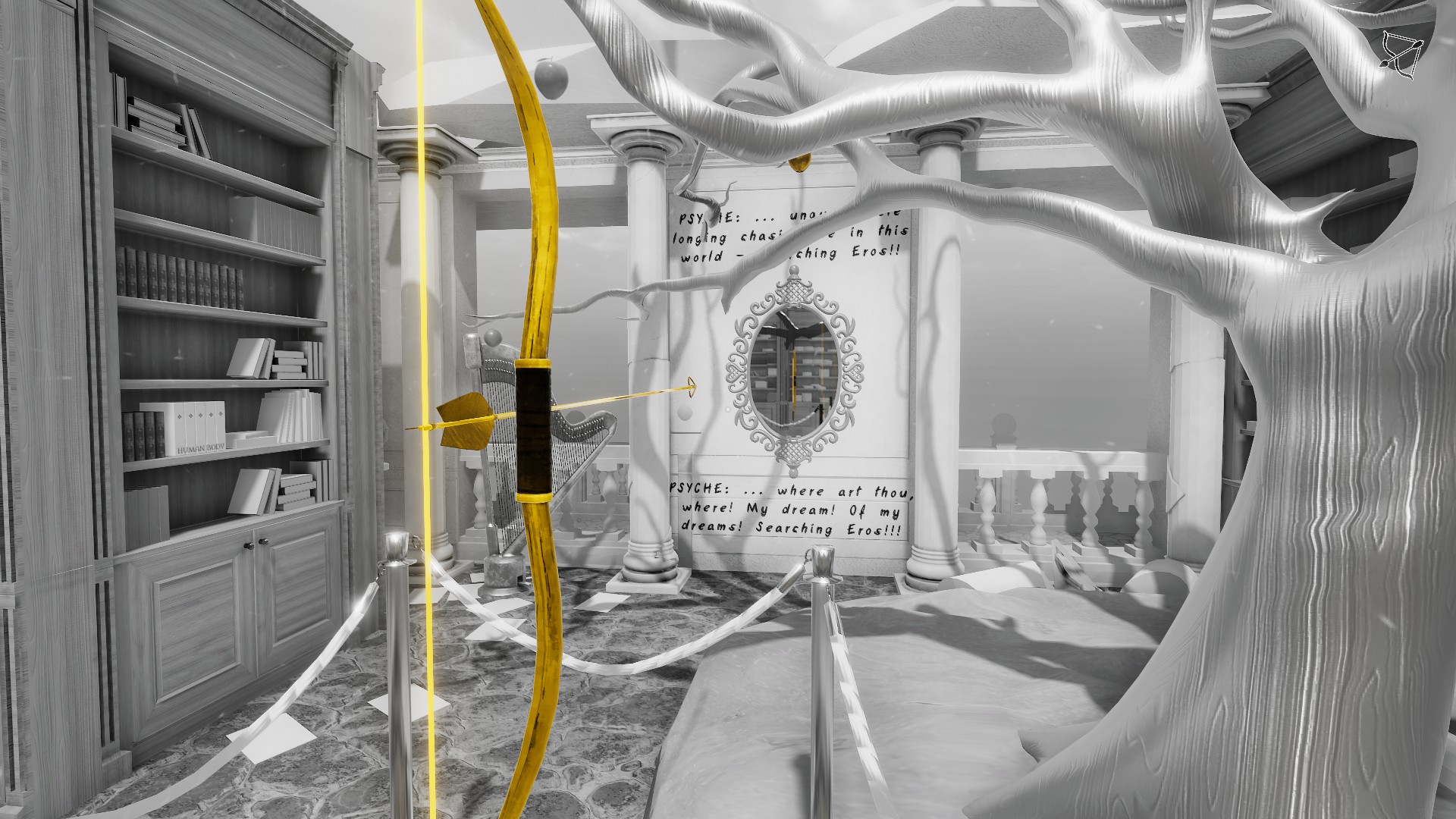 Examining the way we interpret the world around us is a fairly popular theme when it comes to gaming. The potential for having a character’s mindset slowly reveal itself with world design and gameplay can make for a truly compelling piece of entertainment. The Shattering tries some interesting things that I’ve never seen in a game before, but it’s also very familiar in other ways and attempts to utilize narrative tricks that feel lazy and unearned when the game is taken as a whole.

The Shattering puts you in the mental shoes of John Evans. The entire game takes place with John going under regression therapy, and everything occurs within his mind. The point of the story is for his doctor, and the player, to help him piece together his past so that he can recover from a traumatic event that caused the titular shattering. The game does this by starting right before these therapy sessions when John checked into a hotel. It then proceeds by filling us in on the particulars of his life beforehand.

The problem is that the storytelling lacks both characters and specificity. Simply put, there aren’t any well-realized characters. We play as John, but it’s impossible to care about him, as he has no traits and no personality. There are a few characters, sure, but we typically aren’t given their names and don’t quite get to interact with them. For instance, John has a teacher when you’re going through memories of his youth, but the entirety of her character can be summed up as “angry woman who is mean to John all the time.” 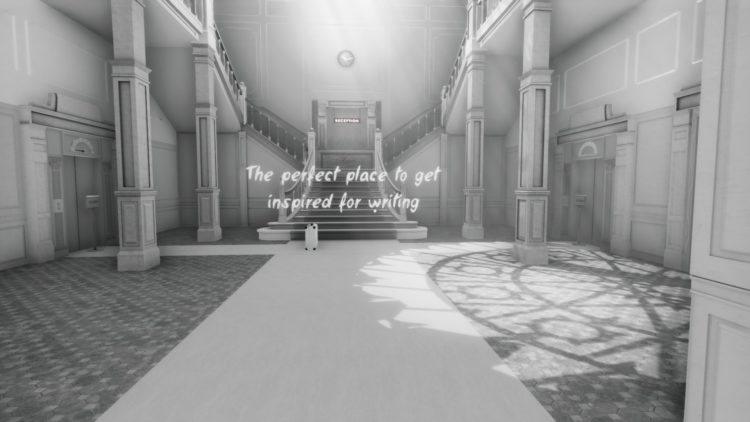 All of this makes investment difficult. Towards the end of the game, it pulls a very familiar twist out of practically nowhere while appearing very proud of itself. But there was no way to really figure the twist out because there was so little information regarding what it affects to begin with. The Shattering is a walking simulator, so having a good story to tie the whole thing together was pretty necessary, yet it doesn’t get there. And the “gameplay” doesn’t fare much better.

What does this button do?

The Shattering isn’t merely a walking simulator in the sense of “walk around during narrative segments” — practically every section of the game can be summed up as, “interact with everything in a room until the doors open and then go to a different room and repeat the process.” It isn’t always clear what you’re supposed to be looking for, though, so be prepared to just wander around looking for something you can interact with.

The entire thing is experienced in first-person and you walk around environments. You can run, pick up specific items, and open doors. And that’s it. Despite this, some of The Shattering‘s sections are quite memorable. You’ll find yourself thrust into the role of a child in a hostile classroom, or you may be running back and forth between computers to write a short story. At one point, you spend literally minutes unpacking a house. Is any of that fun? Not really, but hell if I’ve ever seen it before. 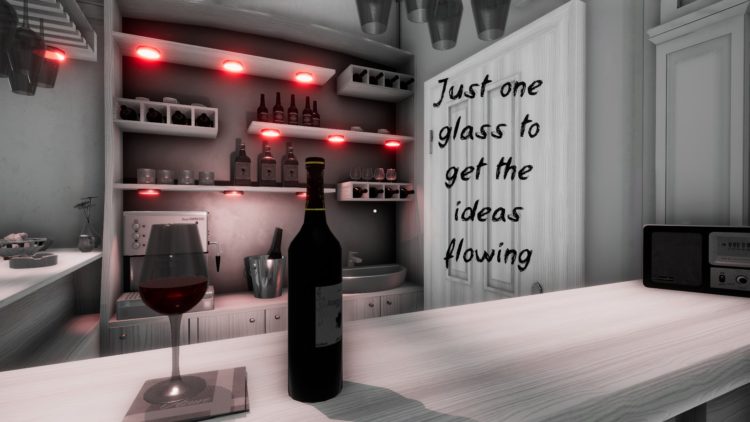 Occasionally you can make choices by selecting specific items or choosing between a couple of dialogue choices. One part has you tell the doctor what a variety of inkblots looks like to you. But The Shattering is often boring, even if it can be rather clever. Sometimes it’s both simultaneously. It all adds up to an okay game experience that fits in comfortably with a host of similar games. At least there aren’t really any moments that’ll leave anyone clueless in regards to the way forward. You just keep looking for a thing to interact with.

Your soul’s on fire

Visually speaking, The Shattering is fine. It looks similar to a lot of other walking simulators. It’s very sparse and clean, with generally no other living creatures around. Plus, there are lots of sections with just tons of blank, white space. It’s an awful lot like Superliminal in that capacity. But there are differences. The biggest one is that most everything is in black and white, save for some items of importance. This doesn’t really do the environments any favors, as they’re often kind of dull to move around in.

That being said, there are some really cool things here. One of The Shattering‘s best moments is when John’s childhood home transforms into an orphanage before your eyes. The way the areas break, distort, and change themselves is honestly impressive. Much of this ties in with the title too, as parts of the world tend to literally shatter and break apart, leaving the geometry a broken mess. The world’s coherence is also tenuous at best, as it falls apart and shifts around you. 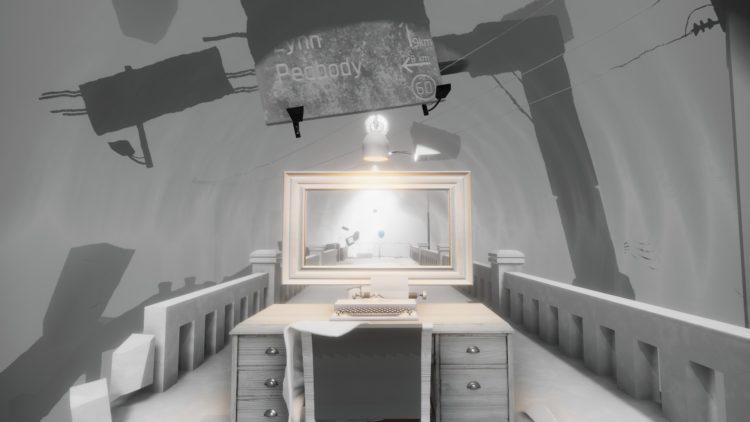 The sound design as a whole is also quite strong. The voice acting for the doctor and John’s teacher are good, and the sound effects have a lot of impact and tend to add an appropriate sense of urgency. One of The Shattering‘s voice actors doesn’t fare so well, however, as her line delivery is flat and not believable in the least. This doesn’t make a huge difference anyway as her primary character similarly falls flat.

Overall, The Shattering is a bit of a mixed bag. It has some compelling sections with their share of clever happenings, and early on, at least, it seems like the game is trying to say something. But by the end, it feels more akin to a college freshman writing a short story in a creative writing class. The narrative is overly familiar yet also botches its own execution by failing to properly build up its thematic elements. A story shouldn’t introduce that its main character is an alcoholic and then just almost completely forget about it. None of the details are important, even if they themselves are solid.

The game’s length is par for the course for a walking simulator, however, taking about five hours to get through. I did like some of the game’s sections, but they just don’t add up to a particularly compelling package. The Shattering certainly isn’t something I regret playing, but there’s not enough here to make for a must-play title, even if some of its accomplishments are admirable. 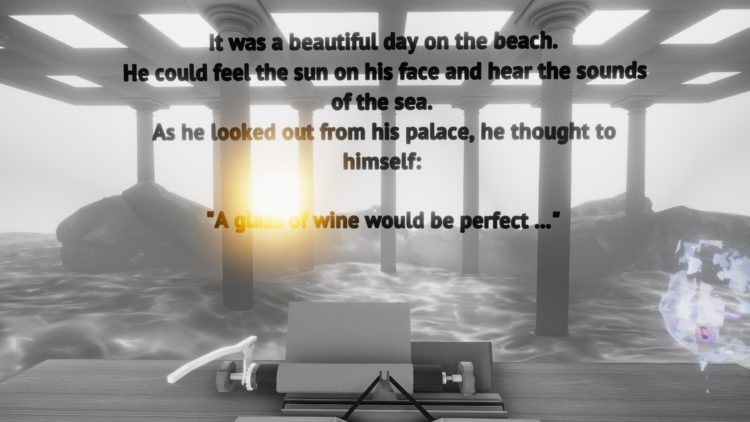 The Shattering has some big ideas that it simply isn't able to deliver on. There's a distinct lack of narrative cohesion along with pedestrian plotting and boring gameplay. Still, the game does some things that make it worth a bit of attention.