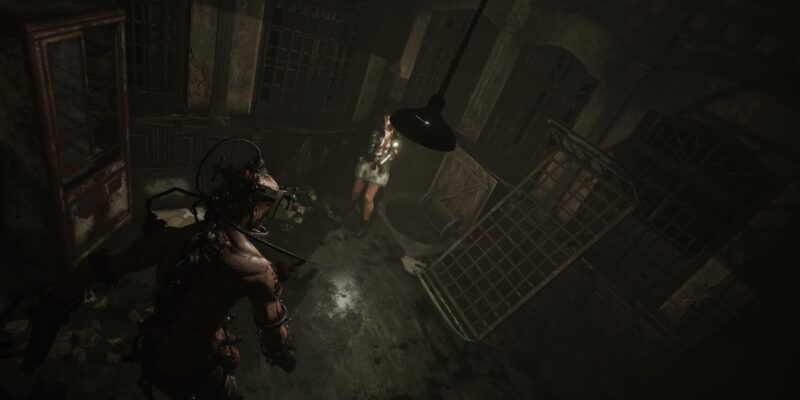 Old-school survival horror games scratch a specific itch that isn’t easy to fill. The resource management, the level design, the puzzle-solving; it’s all part of what makes the genre feel so very special. Tormented Souls, which is almost shameless in its throwback nature, gets much of it right. The level and environmental design (barring a dark, dull section at the very end), puzzles, and atmosphere are mostly where they need to be. The game is let down by poor enemy placement, however. It attempts to make up for it by throwing plenty of healing items and ammo at you, but this is a game that genre stalwarts will enjoy.

Tormented Souls may have the word “souls” in its title, but it’s very much in the mold of survival horror games from the mid-to-late ’90s. The story centers around Caroline Walker, a young woman who receives a mysterious photo of twin sisters in the mail. She then heads to the location the photo was sent from: a seemingly abandoned mansion/hospital (that’s a mansion that has been turned into a hospital because reasons). Upon venturing inside, she’s knocked out before waking up in a bathtub. She’s missing an eye and finds herself caught up in some bizarre ritual being perpetrated by a cult. What else could be going on when you wake up in a mansion/hospital?

The story is actually surprisingly good here, aside from some completely unexplained time travel mechanics that make no sense whatsoever. There’s some dialogue with other characters, all delivered with weirdly stilted, genre-appropriate voice acting, but all of the backstory is delivered via journal entries you’ll find scattered around. These are quite well written, and I was interested in seeing where the story was going in the end, even if it’s easy to guess based on the setup alone.

The visuals of Tormented Souls‘ environment had me similarly hooked. The mansion itself is creepy, with detailed hallways and unique rooms that harbored a sense of place. It’s exactly what you’d want from a game such as this. You even have to use items to save, although the game gives you too few of these early on while doling them out more frequently later, which seemed uneven. The inventory system is akin to Silent Hill and not so much Resident Evil, though, so you don’t have to worry about item boxes. 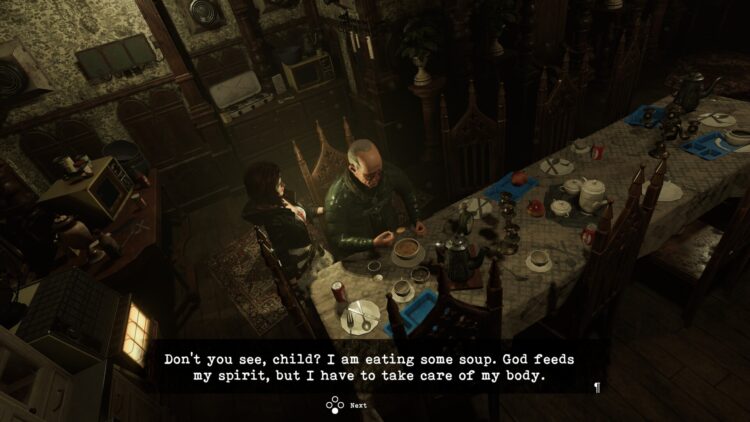 Tormented Souls is very much a byproduct from the intense love for the early Resident Evil and Silent Hill games. As Caroline, you explore the mansion, find key items, and solve puzzles. All the while you need to carefully explore the premises for ammo and healing supplies, while making sure to survive the game’s enemy encounters. Camera angles are all fixed, either staying in place, or following you on a rail, depending. You’ll find maps that reveal the mansion’s layout, but the location’s design is excellent. It’s not a huge place, but I had a great time memorizing how to get around and learning the ins and outs of navigation. There’s a sewer section at the end that’s confusing and kind of boring, however.

The puzzle design doesn’t fare as well, but it’s still mostly around the caliber you’d expect. Some of the solutions to a handful of puzzles were so confusing that I never would have figured them out on my own, as they don’t always make much sense or have enough explanation for some folks. Some of these aren’t even puzzles, though. The first time I hit a dead end in Tormented Souls was simply because I needed to walk around an immobile enemy. And it needed to be counter-clockwise. And it needed to be done three times in a row, with absolutely no hints given that this was required. Another puzzle tasked me with interrupting diagrams to try and figure out what numbers they represented. Two different diagrams ended up representing the same number. I still don’t understand it.

A lot of the puzzles are kind of neat and often clever, however. Some of them involve time travel, while others have Caroline go into a grungy alternate reality a la Silent Hill to try and affect change in the real world. There is never any explanation given for either of these, which is odd. Some areas can be so dark that it’s easy to miss crucial items. Simply put, the atmosphere, level design, and puzzles are quite an achievement that would easily make Tormented Souls one of the best new survival horror games in quite some time. 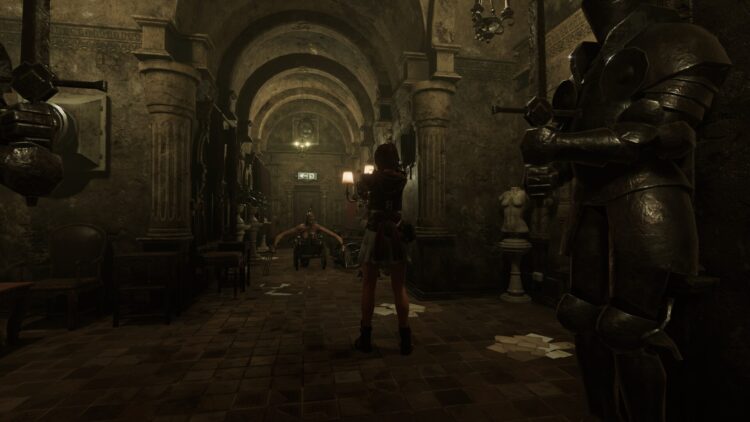 But then there’s the combat aspect. Pretty much every enemy in Tormented Souls looks like a variation of Eddie from the cover of Iron Maiden‘s often maligned 1995 album, X Factor. Much like that album, it falters because some aspects of it, (the vocals in one, the enemies in the other) don’t go well with the rest of the package. It’s almost like the enemies were slapped in without much thought at all given to the environments in which they were being placed.

Here are two scenarios. You enter a horseshoe-shaped corridor. An enemy waits on both the left and right sides. Upon moving toward said corridor, you won’t be able to see either enemy. In another, you access a room via a hatch, only to discover that you immediately come face to face with an enemy that’s blocking the exit. Upon leaving that room, you enter a darker one where an enemy needs to be killed simply to progress past it, as its character model blocks you from running by — even though it looks like there’s room. This is a constant problem in Tormented Souls.

A lot of the damage I took in the game was unavoidable. The camera angles prevented me from seeing where the enemies were or what they were doing. Classic Resident Evil games had fixed camera perspectives, sure, but the enemies were (usually) placed in a way that you could mostly keep track of them. In Tormented Souls, I took an enormous amount of damage solely because of the camera angles; the enemies didn’t seem to be designed with said angles in mind. It’s like two different games were mixed together. In the end, it’s not nearly as much of a deal-breaker as it sounds like because, even if you get hit a lot, there are enough healing items to keep you breathing. But the problems don’t stop there, sadly. 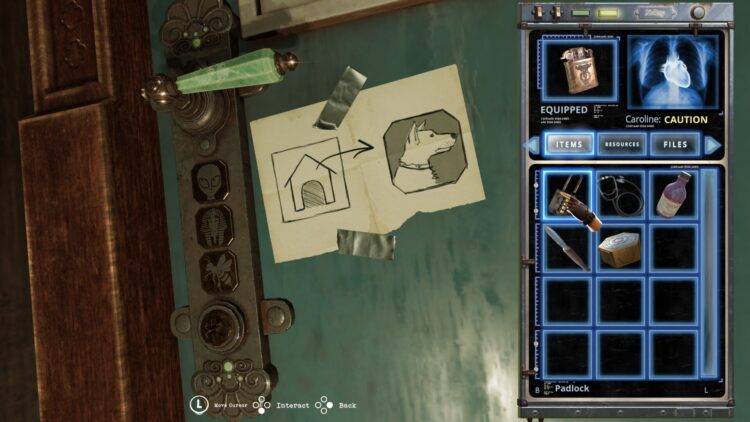 It’s just around the corner

In most survival horror games, you’re able to pick and choose when to fight enemies. Environments tend to accommodate this by giving the player wiggle room. In Tormented Souls, you’ll often run into enemies in tight hallways where there’s no room to squeeze by. Sometimes, enemies appear right next to the door you entered from and hit you the second you regain control. It’s horrid. The enemy I hated most was the weakest, most common one, which is the upper half of a dude that can slash at you and vomit blood as a projectile attack.

Guess who loves to shoot you with his projectile from offscreen? This attack doesn’t have much of an audio cue either, and getting hit in the back when I couldn’t even see the little bastard was the main reason I got injured in Tormented Souls. And unlike many survival horror games, you absolutely have to fight most of these enemies. Attempting to ignore them will just mean you’ll get blindsided by them when you’re trying to get around. The good news is that Tormented Souls gives you just enough healing supplies to get by, even if you take ridiculous amounts of damage due to the awful enemy placement.

You do have a dodge, though, which surprisingly has a hefty number of invincibility frames. But you can only use it while aiming (I really wish it had its own button). To be crystal clear, this game isn’t hard. Even players of lower skill levels will be able to beat it with patience. It can just be exceptionally trying.

There’s also a hell of a lot of ammo, and even though I killed practically every enemy I came across, I never ran out. Later on, though, the game does introduce an enemy that randomly spawns in areas. It’s invincible and loves to grab you. You’ll be aware of its presence due to a musical cue, but, hilariously, all you need to do is just leave the room and enter again until it doesn’t spawn. It’s annoying to have to do, and it only succeeds at furthering the tedium. Sometimes, it will spawn in rooms where you literally can’t avoid it, so you pretty much need to take advantage of the room exit cheese. 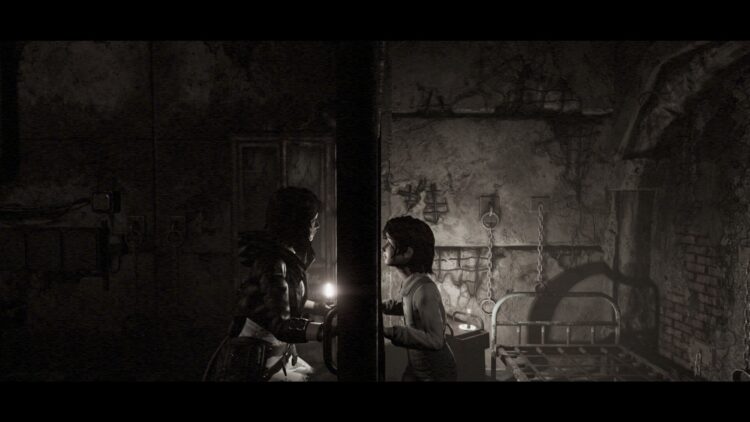 The game took me about seven and a half hours to complete judging by the in-game timer. However, I spent several hours more reloading saves, either because I died to some cheapness or because I wanted to fruitlessly try a section again without taking any damage. My total playtime on Steam is about 14 hours. The game has a few endings. Getting the better ones hinges on if you solved a puzzle to find a single item. There’s only one “boss battle,” although it’s more of a puzzle. It’s also very annoying, because you have to interact with an object that resets if you make a single mistake, and the object itself can be finicky. Still, I had so much ammo and healing items that it wasn’t a big problem.

Despite all of my complaints, I legitimately like a lot of what Tormented Souls had to offer. I love the mansion, and truly think it’s a great place to explore. The puzzles and game pacing were captivating, if questionable at times. Combat is also perfectly fine for a survival horror game, but the enemy placement (and that one vomit attack) can make it a massive chore. Still, many of us loved Resident Evil: Code Veronica despite its issues, and there are plenty of reasons to love Tormented Souls. If you want a classic-styled survival-horror game and don’t mind bad enemy placement and some serious bullshit, then, yes, Tormented Souls is worth playing. Just don’t be surprised when the game pulls some nonsense on you.

Both well-designed in some spots and iffier in others, Tormented Souls can be highly frustrating, but is an overall enjoyable classic-style, survival horror experience that fans will be happy to have.

Tormented Souls — Beginner tips you should know before playing