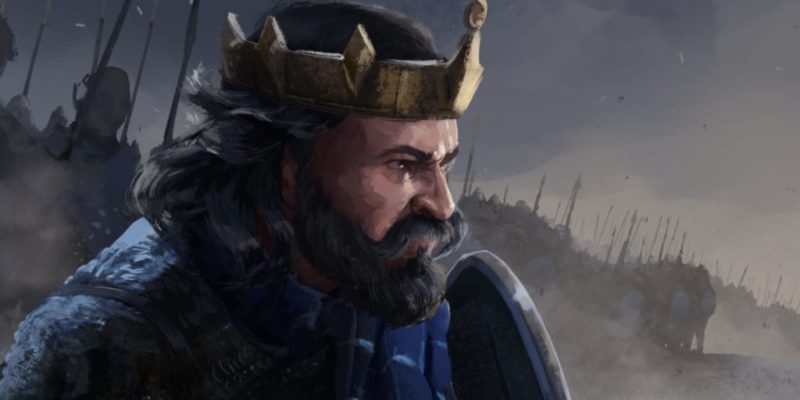 Today’s Total War live stream concluded with an interview in which Thrones of Britannia director Jack Lusted answered a few community queries. You can find the interview just after the hour mark in this video.

Those hoping for details about the campaign side of things with Thrones of Britannia will have to wait a little longer, as none of that was really discussed here. However, it was stated that campaign mechanics will be talked about “next week”. They apparently all intersect with one another (so talking about one portion in isolation requires talking about the others), which is somewhat intriguing.

What Lusted mostly talked about was siege battles, tactics of the era, unit composition for the different factions, and a little bit about weather. Well, he is British after all.

The information about siege battles here only relates to major settlement battles. Minor battles are one of the things that will be affected by these mysterious campaign mechanics. Anyway, major settlements will be represented in Thrones of Britannia by sixteen different battle maps. None will be unique to any single point on the campaign map, but they are based on real life locations and you will see different map types in, say, Ireland versus Northern Britain.

Creative Assembly are aiming for variety, so you’ll see hill forts, Saxon river towns, older settlements with Roman walls, and so on. No mont bailey castles though; those are outside the era.

Speaking of which, no medieval knights either. Lusted says cavalry in this era were much more about scouting and flanking. There were no couched, heavy lance charges in warfare during this Viking period. He gives the example of the Battle of Hastings. That was a later period, but the Norman cavalary were still riding up to the shield wall, throwing javelins, poking at the line a bit, and then riding away.

The Welsh faction in Thrones of Britannia will have the best cavalry unit (a set of bodyguards for the king), while Vikings will have very limited cavalry options. Battles will be infantry focused, because the shield wall is the main tactic of the period. So it’ll all be down to how you use your archers, javelins, and cavalry to crack that infantry wall apart.

Different factions will have different ways of doing that (Welsh longbows, for example). Viking Berserkers are confirmed to be in too; though as an elite unit of soldiers, rather than the yelling, shirtless guys of popular myth. Creative Assembly are trying to push faction variety “as far as they can”, while baring in mind that it is a focused period where warfare between British factions was fairly similar.

Each unit in the game will probably have one or two upgrade paths available to them, to reflect changes in equipment throughout the era. Going from per-period equipment, to armour and helmets of the age, and then seeing a few bits of Norman Conquest era equipment creep in.

Battlefield environments in Thrones of Britannia will reflect the climate of Britain and Ireland, but will have some exaggerated weather effects (for things like sun rises and sunsets). The main colour themes will be greens and blues.

Finally, five of the ten playable factions will be led by Kings (one of whom, obviously, is Alfred). More details on all of those figures will be coming at a later date. Total War Saga: Thrones of Britannia is scheduled for release in 2018.