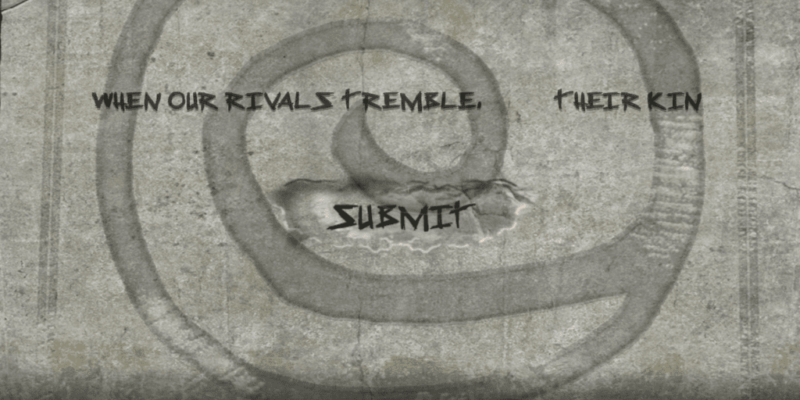 There are further strange doings afoot in the world of Creative Assembly and Total War: Warhammer 2. Two teasing clues have appeared today; one, a 360 degree image of a deserted Empire city, and the other a ‘ritual’ page.

The former has the answer to the riddle on the second (look for a word in the background of the image). Meanwhile, the line of verse on the ritual page implies that there are going to be more sentences to solve in coming days. Aesthetically (in terms of typeface, syntax, weird background swirl) this all seems more Skaven-ey than anything the Dark Elves would be involved in.

Total War: Warhammer 2 hasn’t yet officially revealed their fourth faction, but a near-endless stream of rat references would very much suggest that it is the Skaven. The reward for solving today’s ritual puzzle looks like more evidence in that direction too, as it’s an image that wouldn’t look out of place in Vermintide.

You can see that image below (click for larger). There’s more to come from this sequence, I’m sure. For now, I’m semi-confident this is building to the Skaven faction reveal.