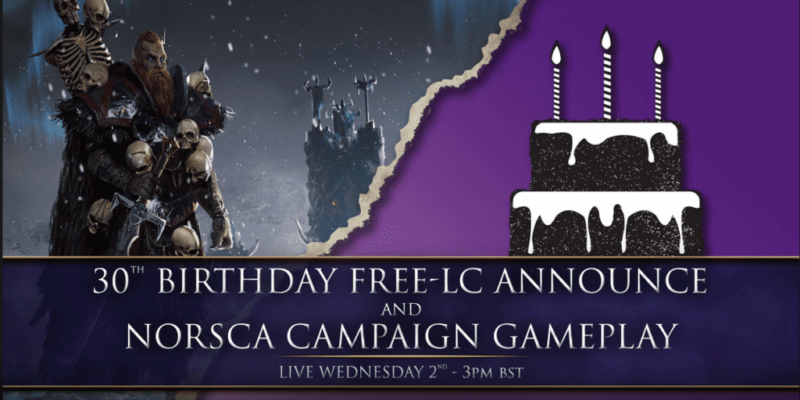 In-line with Creative Assembly’s 30th anniversary (they were formed in 1987), Total War: Warhammer will be getting some free birthday DLC. Those additions may well include Regiments of Renown for those factions who don’t have them yet (Beastmen RoR were accidentally revealed earlier), but the full extent of the freebie DLC isn’t yet known.

That information will be coming tomorrow, though. The Total War Twitch description currently reads “Join us tomorrow at 3pm BST for the official reveal of the 30th Birthday Free-LC coming with Norsca! We’ll also be trolling some humans and picking up where Darren left off in his Throgg campaign.”

Out today is an overview of Throgg’s Legendary Lord skills. It’s in the usual style (here’s Wulfrik’s from yesterday if you missed it). Looks like he has buffs for Ice Trolls and Balefiend Fimir (casters), among other things. 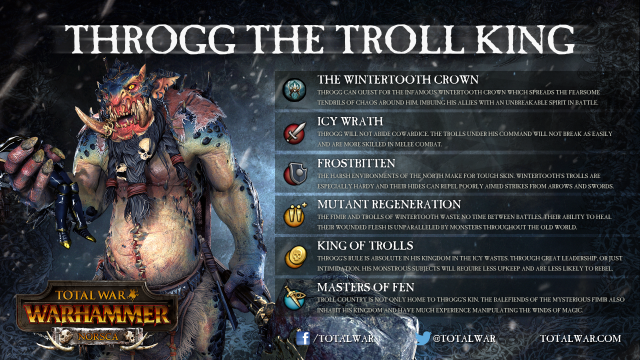 Real Farm Sim Headed to Steam and Consoles in Late 2017