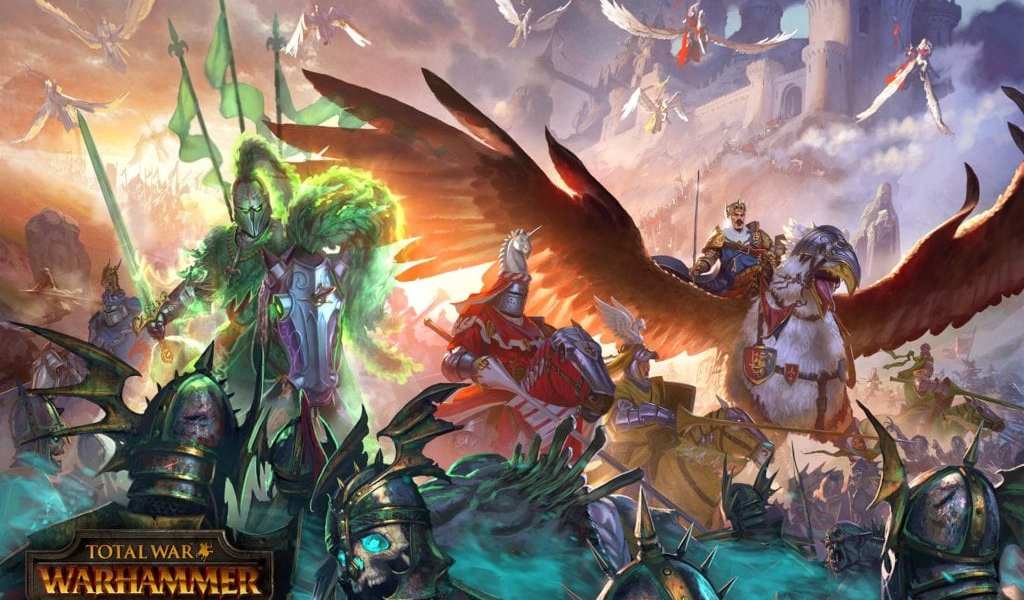 Creative Assembly have announced that the free Bretonnian ‘race pack’ will be coming to Total War: Warhammer in February 2017. There are also strong indications that the teased Wood Elf DLC will be appearing before Christmas.

Those bits of news come from a new timeline laid out on the Total War: Warhammer Facebook page. The Bretonnians will be getting Alberic of Bordeleaux and the Fay Enchantress as additional Legendary Lords (they already have King Louen Leoncoeur) and, one presumes, an actual single player campaign. Bretonnians were originally planned for release this year, but they’ve since expanded a little in scope with Creative Assembly saying they took time to “add in more content … with additional units and a third Legendary Lord”.

The Facebook post goes on to state that “our next major DLC expansion, and the next Free-LC is due before Christmas,” adding that “It is growing now.” Given the prior Wood Elf tease and the endless rumours about Wood Elves, that’s probably going to be the next expansion. The Free DLC timeline image has had a slight update, with a new Lord and ‘An Old Friend’ to come after the Bretonnians in 2017.

February 2017 will see the release of a new physical version of the game called Total War: Warhammer – Old World Edition. Not a whole lot is different about this version, except that it’ll come with all the Free DLC released to date (including Bretonnians) and a short novel called The Prince of Altdorf. It’s not a ‘Game of the Year’ edition or anything, so the paid DLC is not included.

By Leo Gillick23 hours ago
News