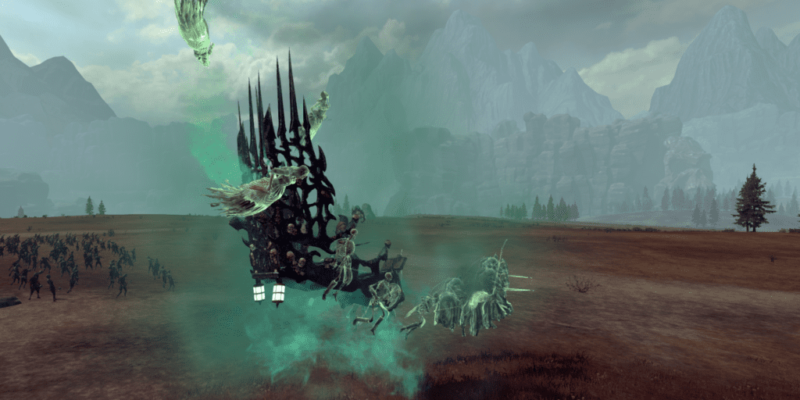 Creative Assembly have fixed up a couple of Total War: Warhammer bugs relating to units added by the recent Grim and the Grave DLC, and the hotfix 2 patch is available as a beta through Steam. To opt-in for this, do the usual thing where you right-click on the game in your library, find the Betas tab (via Properties), and select the hotfix from the drop-down menu.

Update 14 September: This patch has got a general release today, so you no longer have to opt-in. It should just download automatically on Steam. The rest of the original story follows.

Specifically, this patch fixes it so Regiments of Renown get their relevant buffs from Lord and Faction technology bonuses (previously this was not the case). Free Company Militia will now animate properly in combat as well. Before, the rear lines of the unit sometimes appeared to slide around instead of walking. The patch notes also state “The Flagellants Strength of the Penitent skill is now visible in Campaign”; I’m unsure if that means the skill wasn’t previously working in the Campaign, or it was working but wasn’t displayed. Either way, should now be fixed.

In addition to the hotfix patch, Creative Assembly have written a bit of a Q&A about queries that have arisen from The Grim and the Grave. You can read that right here. In it, they confirm that they’re taking further looks at how regeneration (and the new regeneration cap) works in Total War: Warhammer, and say they “may remove some of the strongest healing potions as a temporary fix”. A further post on Reddit suggests Creative Assembly are “considering” implementing AI factions hiring Regiments of Renown, but that this is “not an easy work around”.