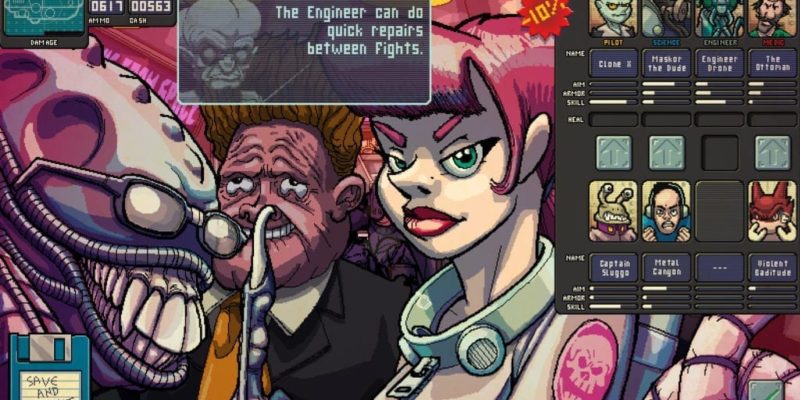 The latest update for Fission Superstar X brings a host of new fixes and enemies. In this cartoony solar system, players will help the mad scientist Leopold have his dreams come to life. That is — we must help him turn his nuclear space bomber into the galaxy’s greatest superstar. Amidst all of the chaos, every ship in the solar system is trying to stop him. The player must traverse the randomly generated worlds in order to bring Leopold’s bomber to the greatness he wishes for it to have. 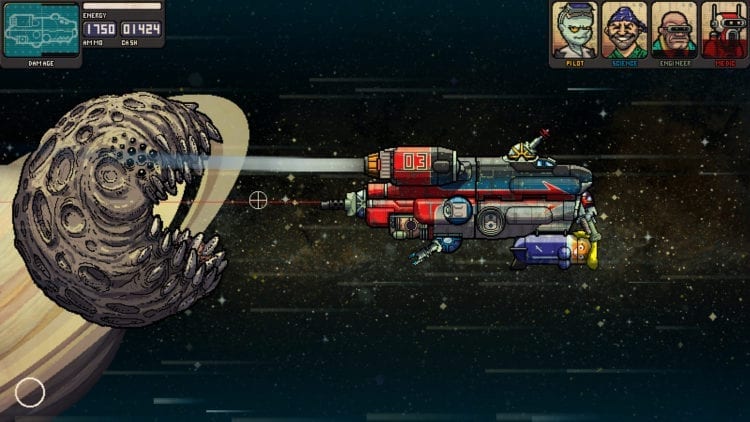 On its Steam store page, Fission Superstar X bills itself as a rogue-lite. Although what’s most apparent is that it’s a sidescrolling flight game. Interestingly, the large size of the ship on screen makes it less of a bullet-hell shooter. Instead, the player flies a slow-paced bomber, attacking ships and space-creatures in all directions. This multi-directional attack style makes the game something of a twin-stick shooter. All in all, the randomly generated levels are where the game gets its rogue-lite moniker from.

The latest update brings 12 new environments to the game, totaling the number of environments at 32. The update also brings new enemy types in the form of fascist space cats, scavengers, and giant insects. Now, the game boasts 75 enemy types.

Aside from its space flight segments, Fission Superstar X allows the player to hire crew members with varying skill sets. While in combat, the player must make the right decisions about repairs and maintenance, all while balancing combat segments against enemies. Similarly, every player must customize their ship with the right weapon set.

According to several Steam reviews, this game is quite difficult. Along with that, it has been received positively since its May 2019 release. Given that this is the first release from indie developer Turbo Pelvis 3000, it’ll be interesting to see where the studio goes with future releases. For anyone interested in randomly generated gameplay, Fission Superstar X looks to be the perfect game.

Garfield Kart: Furious Racing proves we are living in the best timeline