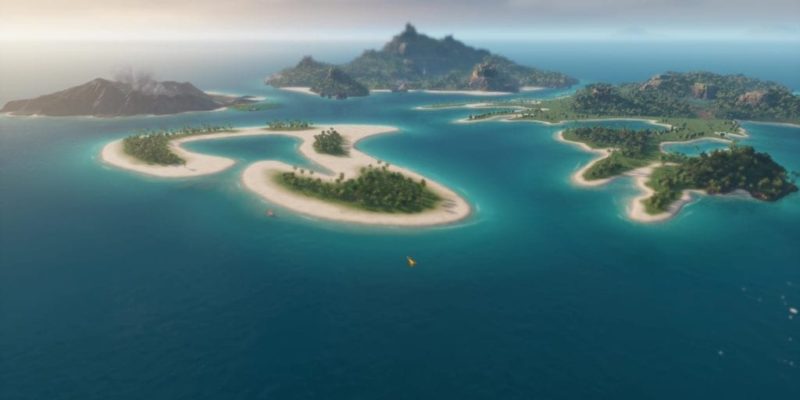 After playing the previous games, stepping into the shoes of El Presidente with Tropico 6 felt instantly familiar. At this point, much of the new game seems like old hat. Players control the economic, social, and political state of an island nation while the ever loyal and humorous Penultimo stands in support of every decision you make. But even though the new game doesn’t mess too much with the gameplay formula, the additional features make it feel fresh enough so that it doesn’t seem too redundant.

Expanding the World in Tropico

Each new Tropico game serves as an evolution from the last one. If you played Tropico 5, you’ll find that not a whole lot has changed. But this is one of those, “If it ain’t broke, don’t fix it” moments. Some aspects are reshuffled, replaced, or renamed but the basic goals remain the same. By researching and executing policies while developing industries and trade, you can become any kind of leader you want – whether it be a ruthless dictator or a benevolent representative of the people. However, the new features make a world of difference when striving to become a supreme leader. 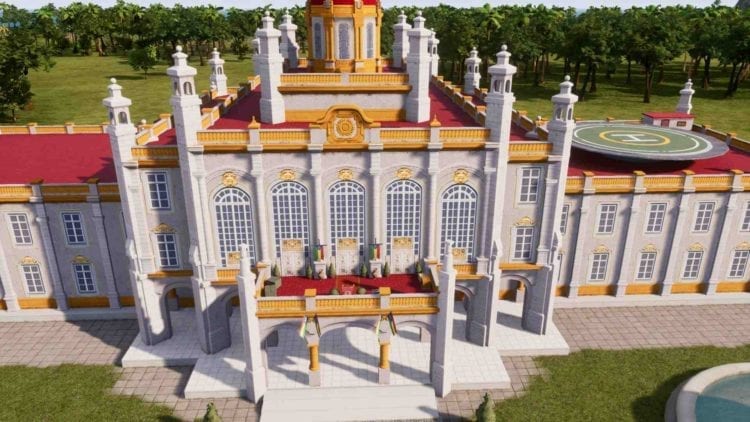 The most obvious change besides the updated graphics is the increased real estate. Instead of presiding over a single island, Tropico can now span archipelagos. Goods are transported between islands using special teamster docks, with more specialized docks for tourists and citizens. Spanning your infrastructure across multiple islands can be quite a challenge, especially when setting up bus networks as an alternative to cars, and it’s easy to sometimes forget about far-off places when you’re developing an area. Otherwise, all the extra space is welcome, since it presents opportunities to truly grow and diversify Tropico’s industries.

Aside from a bunch of docks and bridges that take up a sizeable amount of beach space, there are surprisingly few water-based structures. There’s an Offshore Office and a Snorkel Bay, but nothing that truly takes full advantage of all the oceanic space you have, like tidal power generators or offshore apartments. Tropico 5’s Waterborne DLC has a much greater selection of oceanic structures, so it’s likely players will need to wait for a future update before we see a better assortment of water buildings.

However, I was very happy to see the return of the Pirate’s Cove, which is a nod back to the second Tropico game. With this structure, players can go on raids to acquire resources that range from minerals to immigrant workers. Most importantly, the Pirate’s Cove – alongside a handful of other structures – can embark on heists to steal a national monument. Each structure type can only go on one heist, but the bonuses from these monuments can be major game changers. 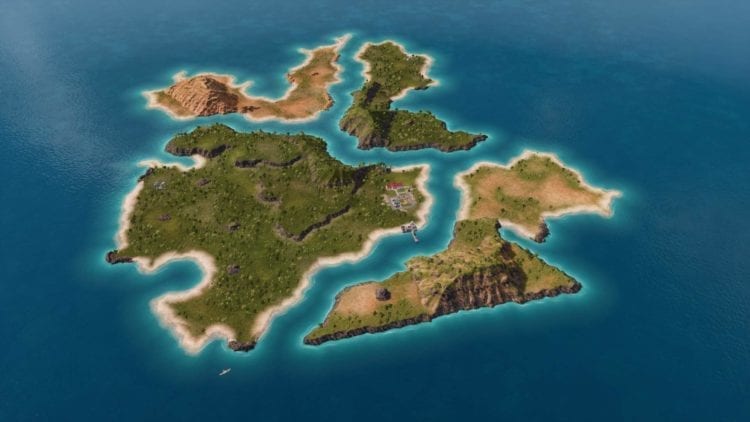 The Tropico 6 island maps can be massive and difficult to manage.

My favorite heist is the Registan of Samarkand, which automatically endows every child in Tropico with a high school education, instantly boosting the player’s workforce. Meanwhile, The Great Pyramid of Giza halves construction time and stealing the White House will cut edict and running costs in half. So, depending on your goals, there’s a lot to consider when stealing a national monument. Plus, each Wonder increases tourist ratings, so they play multiple roles.

Tropico 6’s interface is better organized compared to its predecessor, with structures placed into general tabs such as Industry, Military, and Resource gathering. With the possible exception of Entertainment and Luxury Entertainment, there isn’t much redundancy or vagueness to the categories.

This time around, instead of assigning managers to customize how buildings operate, each structure can be set to have a specific work mode. For example, setting a plantation to have a multi-crop work mode will decrease its efficiency, but the soil won’t degrade, and the efficiency can be boosted by having other multi-crop plantations in close proximity. This adds a nice new dimension that and makes up for how the majority of structures are carried over from previous games. I just wish you could pre-set buildings for work modes while they’re being built instead of having to babysit them.

Trade also takes on a different dimension because it’s now tied to political relations. Players can choose to sign trade treaties with major factions for higher income, but doing so will lose approval from rivals. This is easily manageable at first but becomes fairly complicated in the Modern Times era when there are five different nations to appease. I quickly found myself taking less lucrative contracts just to earn extra points with a country and keep everyone happy. 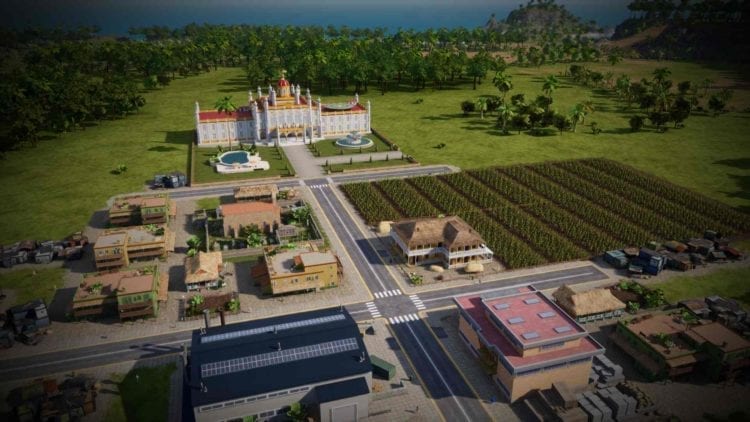 Built an entire economy from scratch. No problem!

These systems are supplemented by a new adviser called The Broker, who offers deals such as scoring extra points with a faction or instantly unlocking a technology using payments from your slush fund. He turns out to be an extremely useful character, although I wish there were some way to embezzle directly from the national treasury to boost your secret Swiss bank account.

As I stated earlier, it’s the subtle changes to the formula that make Tropico 6 shine. The constant micromanaging and balancing between multiple factions and systems that pulled me in and kept me hooked.

The one gripe I have is that there usually isn’t much feedback as to why a particular building isn’t working. For example, I put a modern art museum in the wealthy district of town next to a luxury hotel, a wonder, an upscale restaurant, a parking deck, and a metro station. Yet, I ended up losing money because no one visited it despite the prime location. Previous games didn’t offer this kind of feedback either, but I think it’s about time the series started.

Unlike previous games, Tropico 6 doesn’t have a dedicated campaign. Instead, it offers a long list of missions that each tell mini-stories. This isn’t necessarily a bad thing, but it does take away the narrative flow that connects the Colonial Era to Modern Times for new players while introducing new systems to returning ones. Also, failing kind of breaks the “flashback” nature of some of the missions. But in truth, unless you felt very strongly about having a lengthy Tropico story, players probably aren’t missing much with the loss of the campaign.

Most of the standalone missions only cover one or two eras, but they some strange and challenging objectives. One of my favorites is managing over an island that didn’t believe in building housing. Sure, shacks cluttered up every corner of the island, but I saved a ton of money on housing maintenance and logistics. Completing one set of missions unlocks more, with 15 in total. 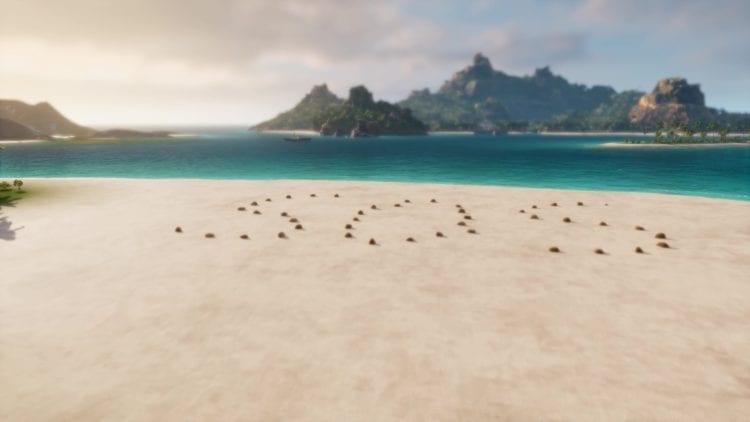 Although the game is very similar to its predecessor, that wasn’t what bothered me most about it. Instead, it was the little bugs, like suddenly being unable to build a strip of road or structure even though there are no obstructions. Or worse, being unable to build on a spot that you were previously able to. I also felt that approval ratings tended to fluctuate too wildly. There were times when my support would jump from 40 percent to 70 after giving a speech, then drop back down to 39 when election day came even though happiness in most areas were above 60. The people of Tropico are very fickle.

As with the features, these little things add up. Like, why can’t cows produce milk? Why is the fertility degrading when the multi-crop work setting is turned on? And why, for the love of everything that’s good, does each bus garage only support one bus and route?!

Still, none of these issues prevented me from being completely hooked on the game. Hours would pass without me realizing it. I would obsess over all the ways I could improve and optimize my nation. So, despite its flaws, Tropico 6 is a worthy addition to the series and it’s well worth your time to rule over the crazy island nation.

Tropico 6 doesn't mess with the island building formula very much, but the new features kept me hooked for hours.

Cetrion Revealed For Mortal Kombat 11, Might Be The Avatar

By Steven Wong17 hours ago
Hardware