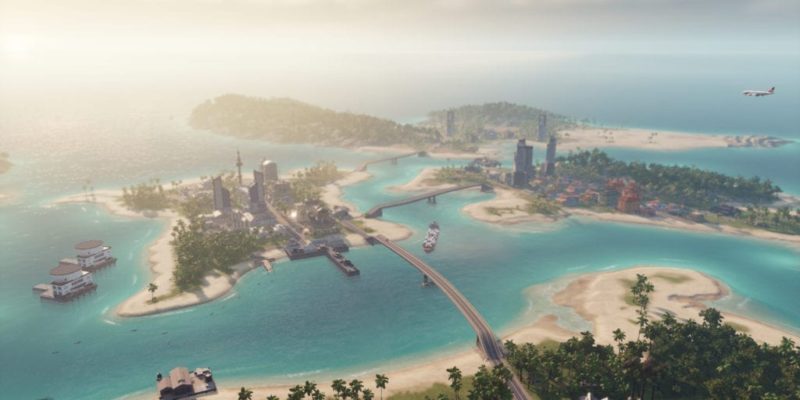 The Tropico series takes a unique approach to city management. As El Presidente, players rule over a tropical paradise as either a dictator or caring leader. Its island-based setting sets the series apart from other city-building sims. Tropico 6 looks to continue this tradition. El Presidente, it seems, is ready for a return to power.

The new Tropico 6 trailer showcases the game’s building mechanics.  It looks relatively straightforward, with grid-based construction and snazzy building designs. Dozens of different structures make an appearance in the trailer, ranging from skyscrapers to pirate coves. There’s an emphasis on the ornate, too. Customization plays a big part in Tropico 6. Players can tailor buildings to their hearts’ content. It seems like exterior elements, including fences, gates, and building colors can be changed on the fly.

In addition to the building mechanics, the trailer also shows off public transportation systems. Players can build roads across Tropico 6‘s island maps, which allow for sprawling, linked cities. In order to build a thriving metropolis, players must ensure citizens can travel, after all.

Of course, this wouldn’t be a Tropico game without some dubious politics. Later in the trailer, El Presidente issues tough laws and greenlight’s assassinations. It looks like bribery and organized hits are a means to an end in Tropico 6.

According to the trailer, Tropico 6 releases in January 2019. Console ports won’t launch until next summer.

Look, it’s another battle royale game, this time it’s from the MMORPG Skyforge

Orwell is free on Humble Bundle for the next 48 hours