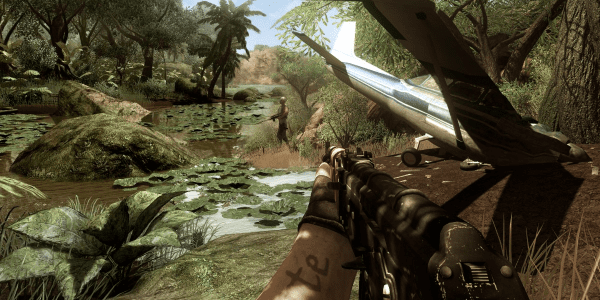 SAN FRANCISCO — May 17, 2012 — Today, Ubisoft® announced details for the Far Cry® 3 Multiplayer Beta, which will run for two weeks this summer on the Xbox 360® video game and entertainment system from Microsoft and PlayStation®3 computer entertainment system.

In the multiplayer beta, up to sixteen simultaneous players per match will have the opportunity to choose from six playable classes and will able to experience online action within multiple maps and modes – including the innovative Firestorm mode. Dozens of weapons with hundreds of upgrades and customizations will also be available. Gameplay includes teamplay-focused experiences with support points and weapons, as well as the ability for all classes to revive fallen teammates.  Zip-lining, combat sliding, psyche gas and barrel bombs are just some of the gameplay elements that can be experienced when playing.

The closed beta will be accessible by invitation only.  With the purchase of Tom Clancy’s Ghost Recon: Future Soldier™ from GameStop retail outlets on May 22, 2012, GameStop® PowerUp Rewards™ members will receive an invitation code to be redeemed at: https://www.gamestop.com/code.  The site will be live on May 22 and validate the invitation code provided exclusively at GameStop. Players can choose to play on either the Xbox 360 or PlayStation 3.  Once the beta is live, players will be e-mailed their actual code which they will enter through their console of choice.

Consumers may also choose to enter via Facebook for a chance to win one of five hundred beta keys at: https://www.farcrygame.com/sweeps.   Consumers that have entered on Facebook and won a beta code will receive an e-mail notification when the beta launches this summer.

Developed by Ubisoft Montreal, Far Cry 3 is slated to be released in North America on September 4, 2012. For more information on Far Cry 3, please visit www.farcrygame.com
and follow the game on Facebook at www.facebook.com/farcry.

Looking Back At My Journey