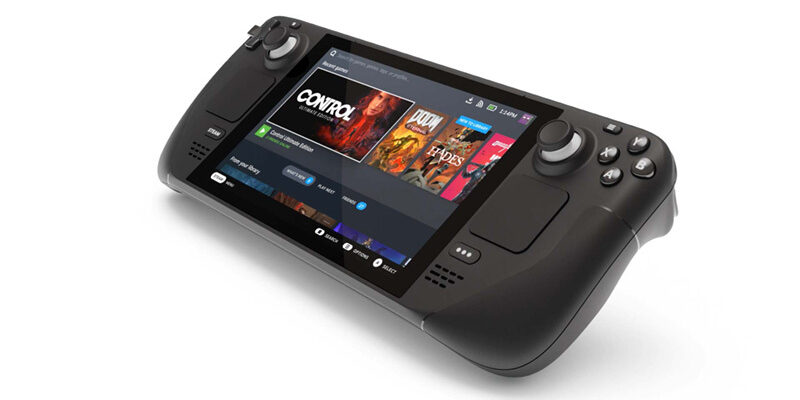 In a recent interview with IGN, Valve’s hardware team gave us a better look at the portable gaming PC and how expandable storage will be supported.

Thanks to the SteamOS 3.0 operating system, the Steam Deck will be able to support “dynamically removable Steam Libraries” on SD cards. Users will be able to plug in their expandable storage card and get instant access to all the games stored on it via their library. After removing the card, these games will no longer be available and you’ll only have the games stored on the Steam Deck’s internal storage drive.

At the moment, expandable storage will only be used to install games from the Steam Deck itself. However, Valve believes there could potentially be opportunities to preload games from different devices (such as regular PCs) using SD cards.

Running games stored on an SD will be the same as those on internal storage in terms of functionality. However, Steam Deck’s internal M2. NVMe SSD will definitely provide faster load times and better performance than an SD card. Rest assured, Valve stated that feedback on the SD card experience was overwhelmingly positive and almost comparable to that of the internal storage. One can expect the situation to be similar to what PC users experience when playing games on a slightly slower SSD.  Of course, performance will vary greatly depending on the type of SD card as well as the read and write speeds. 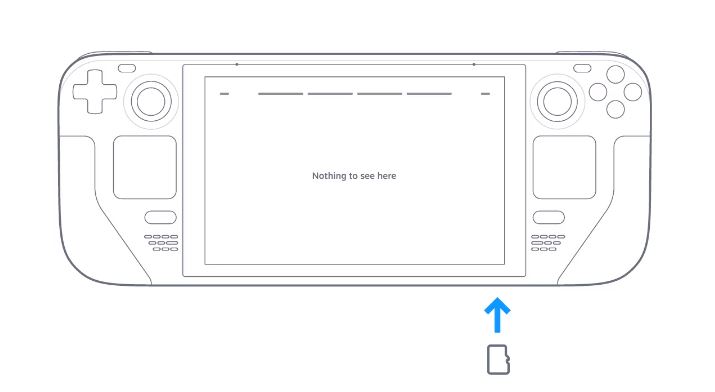 The Steam Deck will need the extra storage.

The base model of the Steam Deck will only get you 64GB of eMMC storage, while the most expensive model comes with a 512GB NVMe SSD. This makes having expandable storage compatibility a necessity, especially with file sizes sometimes reaching over 100 GB for a single game. Apart from storage, the Steam Deck’s specs look very promising for a portable device.