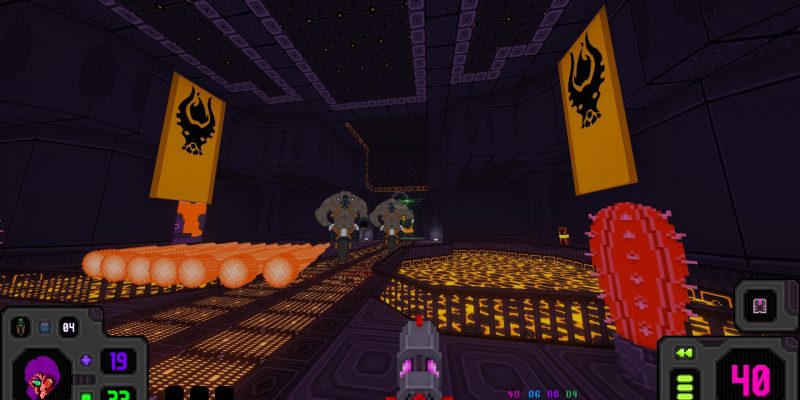 I love throwback first-person shooters. Regardless of if we’re talking sprite-based or crude polygons, seeing these styles of games continue to show up makes me happy. Viscerafest, which enters Early Access this week, is set to be a three-episode giblet jamboree with over 20 levels. As of now, only the first episode is in, with the rest coming in additional updates. There are some unique elements at play here that I don’t typically see in games like this, plus one that appears to be directly lifted from another game. But the question stands: is Viscerafest worth it yet, or should you wait for the full release?

Viscerafest begins with a series of narrated stills that lay out the premise. The main character’s name is Caroline. She’s a mercenary with bright pink hair. She’s also a murderous lunatic that revels in carnage. She’s looking to gank a warlock for the huge bounty on his head. There’s a fair amount of voice acting, mostly from Caroline herself, as she quips her way through the levels. Her personality certainly livens up the game and plays well with the pink and purple neon hues that dominate the aesthetic.

I feel that the sprites and overall environmental design lack impact, however. The levels just don’t have a sense of place and feel arcadey and tiny. Gameplay is centered around finding keys and navigating to the exit panel, much like most of these retro FPS titles. But the levels in the first episode certainly feel a lot smaller than what I’ve seen in recent similar titles. It’s not bad by any means, but I hope future episodes have more to them, as this first episode is quite short. Depending on how high the difficulty is set, players will likely be able to go through the currently available content in about an hour. The game does offer a stiff challenge on higher level difficulties though. 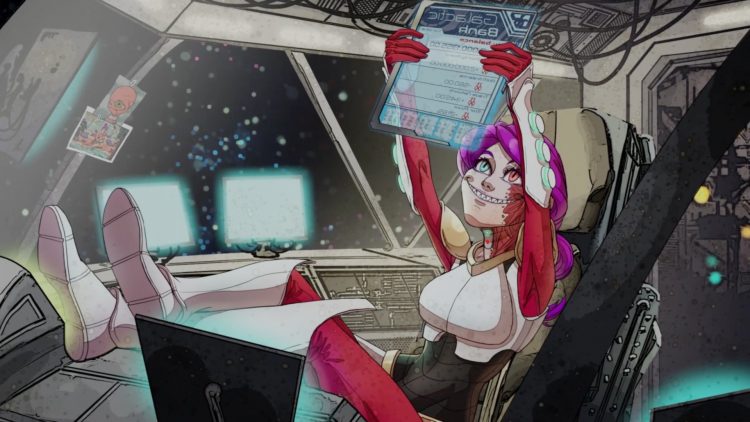 Unlike most similar titles, however, Viscerafest doesn’t throw as much health or ammo at you. When you gib enemies, they do drop a small amount of health, but you won’t find health packs scattered throughout the levels. Caroline has a strong punch attack that you’ll need to utilize to conserve ammo, but getting close to enemies without taking severe damage is the name of the game. Make no mistake, enemy attacks will tear you to pieces in Viscerafest.

Despite that, I don’t much care for the enemy or weapon designs. The enemies lack detail and look like uninteresting blobs of color a lot of the time. The shooting is okay, but the gameplay isn’t as visceral as I expected, even if it’s plenty responsive and immediate. The guns are mostly the standard assortment. There’s a pistol, machine gun variants, two types of shotguns, a plasma rifle, and a sticky explosive gun. When combined with the lackluster level design, there isn’t much about Viscerafest that grabs me. Having to carefully conserve ammo in a game that also wants you to bunny hop around a room while frantically dodging fire doesn’t do it for me. I’ve also had some problems with mouse drift that likely stem from having a controller plugged in.

However, if you like the look of the game and everything above sounds like a good time to you, Viscerafest is potentially worth picking up. But I think we’ve been spoiled by similar games, and this one doesn’t reach the same lofty heights. It’s fun to see a game using Wrath‘s save totem idea, though. 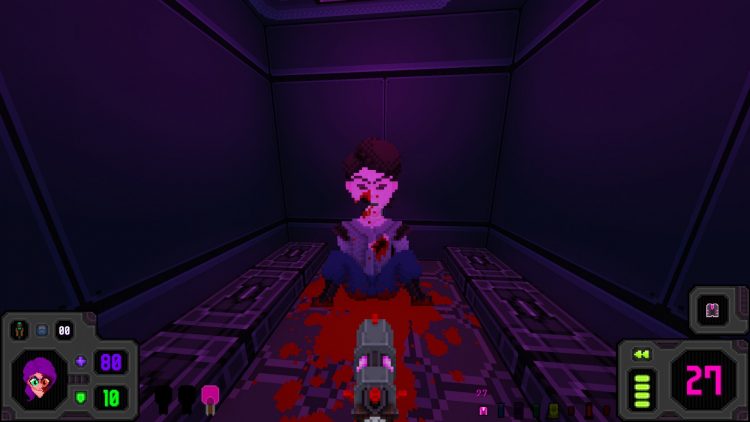 This Call of Duty: Warzone trick allows you to throw C4 twice as far