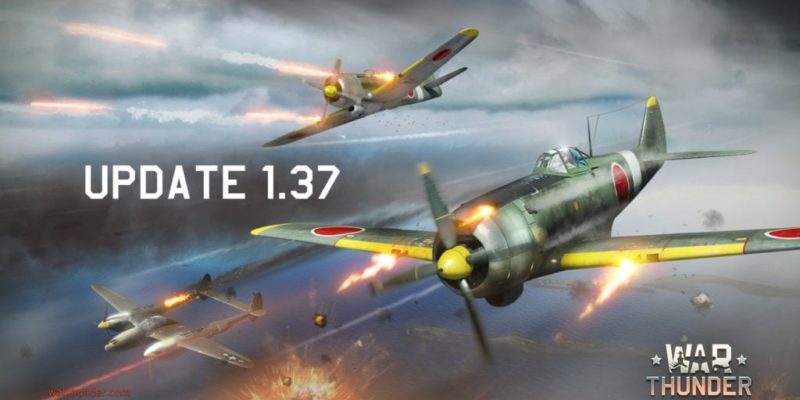 War Thunder 1.37 has just been released today and comes with a stack of new features and updates.

A whopping 20 new aircraft have been added today including the Ki-84 Japanese fighter and German attack plane Hs.129B-3. This takes the total number of aircraft to 300. 8 new maps have also been added along with DirectX 11 support which will enhance the game visually.

A new progression system has also been put in place which will allow quicker progression through the aircraft of each nation. Any achievements earned or purchased planes will remain in tact. This new system according to Gaijin was always planned but they have decided to release it now as they feel the number of aircraft is close to what was in their original game design. There’s an in-depth developer blog on the progression system now online.

A second round of beta testing of the ground forces part of the game will be getting underway soon and  more testing invites will be going out.

There’s a hefty list of patch notes for this update which can be found on this page on the War Thunder site. Now watch the 1.37 trailer…