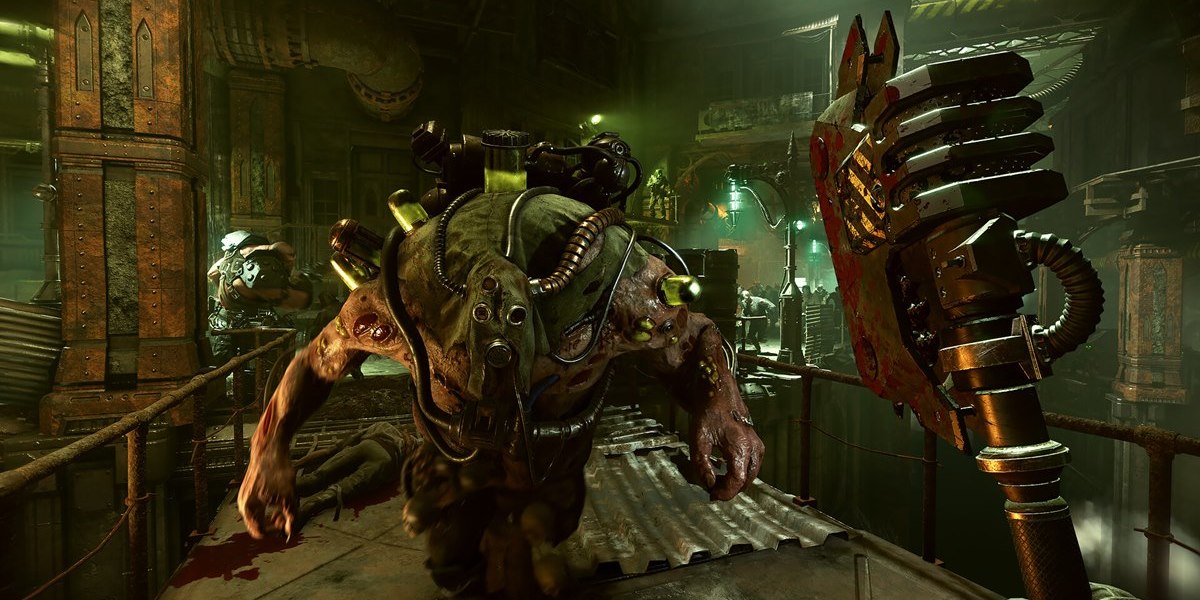 Warhammer 40K: Darktide brings you to the forefront of a great conflict in a galaxy of unending war. You can expect to mow down countless foes as you try to complete objectives. Naturally, some of the opponents you’ll face tend to be tougher than others. Here’s our Warhammer 40K: Darktide special enemies and enemy types guide to help you with the different hostiles you can encounter in the campaign.

Before we list down the various special enemy types you’ll fight in Warhammer 40K: Darktide, let’s talk about certain variations first. The mobs in this game come in many shapes, sizes, and themes. For instance, Infested types tend to be those that are already corrupted by Nurgle’s blessings, often fully mutated as a result. Dregs and Scabs, meanwhile, represent two Chaos-aligned variants within Tertium: Dregs are cultists and fanatics with light or ragged armor, while Scabs are damned guardsmen with slightly tougher armor. And, of course, there are randomly-spawned bosses and assassination mission bosses, which we won’t discuss here. In any case, let’s talk about the special enemies that you can find in Warhammer 40K: Darktide.

Pox Hounds -These creatures move fast, darting around an area before pouncing on a victim to disable them. Mark them once you spot them so you’ll know where they are if they scurry around, and be wary of their sudden attacks.

Poxburster – Poxbursters immediately dash toward your location before exploding into a poisonous cloud. Avoid it at all costs.

Bomber – Bombers will lob incendiary grenades and explode into a patch of flame. 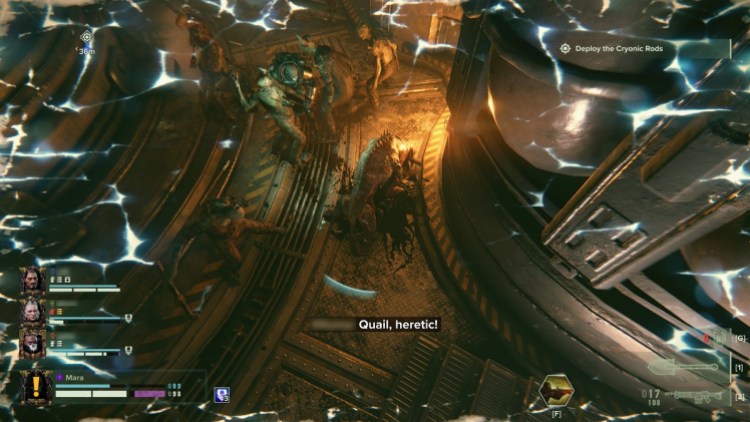 Sniper – Snipers can be seen at a distance due to the red beam emanating from their rifles. While they may take a second to fire, that shot will pack a punch.

Gunner – Compared to Snipers, Gunners use heavy weapons with a higher fire rate (i.e., machine guns or lasguns). Get out of their line-of-sight or do a quick headshot to take them out.

Shotgunner – Shotgunners are naturally deadly when they get too close. One blast from their weapon will take out a chunk of your HP. Pepper them with bullets from further away, or use class abilities to eliminate them from afar.

Flamer/Tox Flamer – These hostiles use flamer weapons (i.e., either the regular variant or one that spews green toxins). The searing heat can cover an entire corridor or staircase, so try to pick them off from a safe distance. 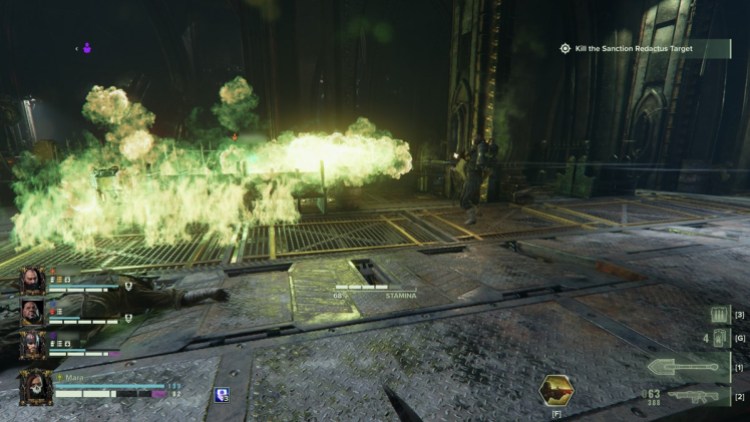 Trapper – This special enemy type in Warhammer 40K: Darktide carries a cannon with a net. If a player is within range, they’ll incapacitate them and they’ll need to be freed.

Rager – Ragers are akin to berserkers in that they’ll rush your position, cleaving continuously with multiple swings and slashes. It’s a bad idea to try and swipe at them in melee due to their combos, so try to block/dodge before blasting them. 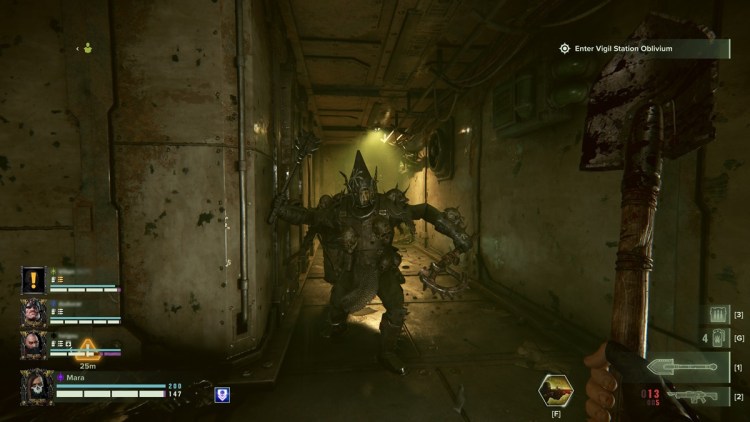 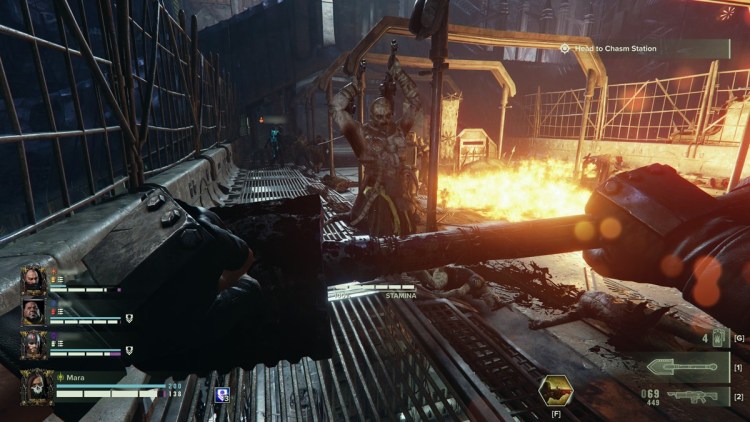 Crusher – Crushers are large, heavily-armored enemies that wield a sledgehammer. Don’t bother blocking its slam-and-bash attack. Instead, just stun it and chop down its flanks.

Mauler – Maulers, just like Crushers, are decked in heavy armor. The difference is that they use a chainaxe weapon, and you don’t want to get hit by that.

Bulwark – The Bulwark’s front is completely covered by its shield and it’s near-impervious to damage. This foe will often target one player in the team, slowly advancing toward them. Assuming you don’t have aggro, make sure you shoot its exposed flesh. Alternatively, you can use the Ogryn Skullbreaker’s or Zealot Preacher’s ability to dash and stagger this foe. 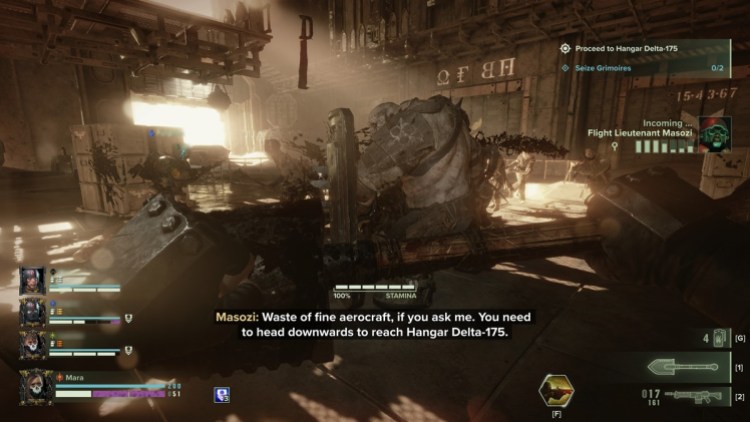 Reaper – Think of the Reaper as a larger, armored variant of Gunner-type mobs. It’s got an autocannon to deal damage from medium to long-range, so you’ll want to do headshots, use the Psyker’s ability, or advance to slice them in melee.

Mutant – The Mutant is yet another “big boy” special enemy type in Warhammer 40K: Darktide. It will charge one player and smash them to the ground before tossing them. Use this to your advantage by dodging to the side, or by circling around obstacles while teammates continue shooting. 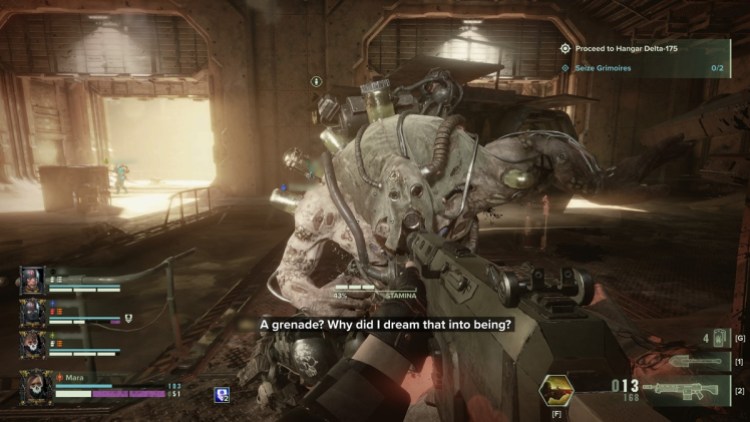