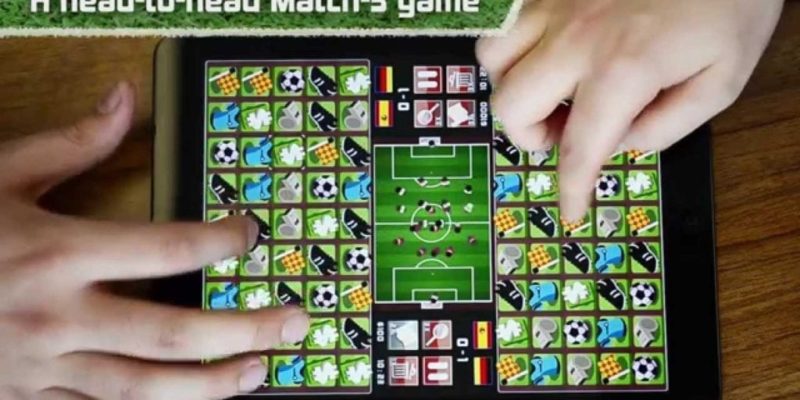 Triple B Games has announced the release of their debut iOS title World Soccer, available to download now for free from the App Store.

World Soccer combines frantic head to head match 3 gameplay with all the excitement of the soccer World Cup. Choose from over 80 countries and lead them to World Cup glory. Earn power ups to swing key games your way, face the agony and ecstasy of penalty shoot outs, last gasp winners, glorious victories and cruel defeats. Match tiles quicker than your opponent to take control of the match and show a cool head in front of goal to dominate the score line.

World Soccer allows two players to play head to head in single device multiplayer mode. Each player controls their own board and their chosen country in a fierce duel of reaction times played out on the ultimate soccer stage. Alongside an engrossing single player game, the game delivers some of the finest “2-player 1-iPad” gaming yet seen on an iPad.