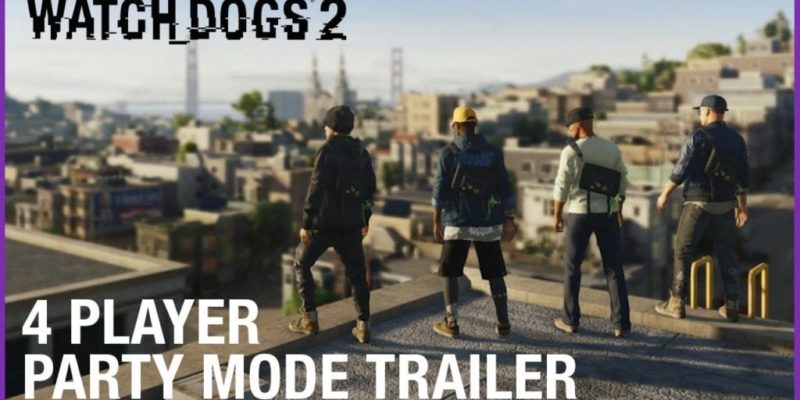 In early July Watch Dogs 2 players will be able to team up with three other friends for a bit of free roaming in San Francisco. Ubisoft has announced that a four player ‘Party Mode’ is coming as part of a free update on 4 July.

When it arrives, players will be able to start a public or private party for up to four people. You’ll be able to roam around the city and tackle Red Zones, or start one of the supported online activities. These include “Bounties, Invasions, Loot Trucks, Races, Showd0wn, Man VS Machine Robot Fights, and the DedSec Virus events”.

Nothing that happens in Party Mode will affect the Watch Dogs 2 leaderboard standings. It’s more of a co-operative kind of thing for messing about.

Along with the co-operative multiplayer, Watch Dogs 2 will be running an in-game event through July that adds fireworks displays above San Francisco. In addition, the paintball gun will be firing red, white and blue pellets.