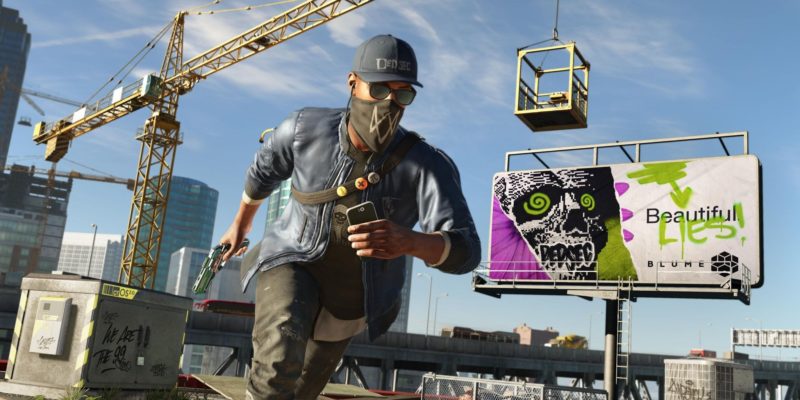 UbiSoft has detailed their plans for Watch Dogs 2 DLC and have also announced a free multiplayer update.

The upcoming No Compromise DLC will be hitting the PC on 18 May which is a month after the console version release. The DLC will have Marcus taking on the Russian mob in a multi-mission storyline addition called Moscow Gambit.

UdbiSoft has also announced that the Showdown multiplayer mode which was planned as part of the No Compromise paid DLC will now be released for free on all platforms on 17 April. The Showdown free update is described as an endgame challenge for experienced players and comes with three modes.

Pitting two pairs of players against each other, Showd0wn is an endgame challenge for experienced players. Its competitive matches come in three flavors: Steal the HDD; Doomload, a King of the Hill-style match; and Erase/Protect the Servers, a Watch Dogs twist on classic domination matches. Spread out across 15 distinct locations, these modes will flow seamlessly from one to the next, pushing you to bust out every skill you’ve learned over the course of the game with dynamic hacking, shooting, driving, and puzzle-solving challenges.

To make up for the fact that Showdown was going to be part of the paid No Compromise DLC, UbiSoft will be adding “new ability-granting outfits and vehicles, nonlethal weapons, and single-player time trials” to No Compromise that were not planned for release.

Hopefully this change in their content release plans will keep most players happy. Here’s a timeline of what’s coming up in the following image. Just click to expand.

You can read a little more about the Watch Dogs 2 DLC release changes and comments from UbiSoft on the content over on the Ubisoft blog.