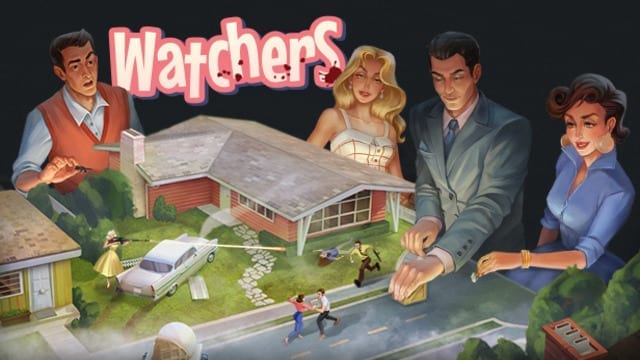 Have you ever wished you could somehow stay in play after opponents kill you in a battle royale? Not in the same way you would as a player, but as a watcher? That’s the main premise of Watchers, developed by Blindfold and published by Alawar Premium. In this unique and innovative top-down battle royale shooter, you will watch the other players, place bets, and even create certain anomalies that might turn the tide of the battle. Consider it a way of getting revenge on your killer, perhaps, by helping another player beat him. If that sounds like a game for you, then you can try the beta starting today until August 4.

Watchers is a free-to-play battle royale for 24 players that allows fallen battlers to continue participating through a unique Watcher game mode. The game features classic battle royale gameplay, much like PUBG or Fortnite, except from a top-down perspective and with more unpredictable outcomes. The fewer battlers survive the skirmish, there more watchers there will be to plan and carry out all sorts of wacky experiments and anomalies, attempting to turn the tide of the battle. Depending on how the Watchers see you, you might earn their favor so they can help you win.

Who watches the Watchers?

The beta is available from today until August 4. You can download it directly from the official website, rather than the Steam page. If you do check out the beta, the developers will request that you help out by filling out a game feedback survey. There are no restrictions to streaming or reviewing, but the developers also ask that you let your audience know you’re playing a beta. The server schedule is as follows, and you won’t be able to play the game outside of those hours.

The general art style of Watchers reminds me a bit of classic Fallout, with that whole 1950s Vault Boy dark humor and atmosphere. I wonder how much influence the Watchers can have on the game after they die, as it looks like you can even drop a juice machine to crush a player. It might be hard to balance it properly, especially if you end up with two players facing off at the end. 22 Watchers pulling all kinds of hijinks to mess around with those players sounds like chaos. I guess that’s the point, though: to keep things wacky and unpredictable.

Watchers is slated to release by the end of 2019. You can find more information about this quirky battle royale from the official website. You can also wishlist and follow the game on Steam. The Discord server is also available if you’re interested in connecting with other players and the developers.

What do you think of Watchers? A bit too wacky for your taste? Or is it a cool twist on the battle royale formula that’s already getting kind of stale? Drop your comments below and tell us what you think!