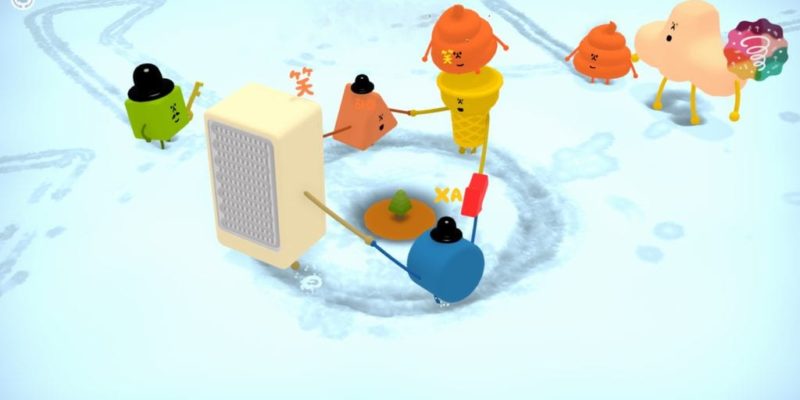 Before the twin burdens of responsibility and boredom siphon any more color out of your life, ask yourself: have I played enough Keita Takahashi games today? The Katamari creator and playground aficionado has teamed up with developer Funomena to deliver unto us a four-hour dose of friendship. A ticket to the wondrous world of Wattam — alone or with a friend — could be exactly what the proverbial doctor ordered.

There’s something deeply admirable about Japanese entertainment’s relentless pursuit of childlike wonder – that youthful perspective that was said to have been lost, found again, and nurtured by the mediums’ visionaries. Takahashi, one such auteur, invites us into a new world where friends are plentiful and the cheery tunes are never-ending. Overcoming obstacles together in Wattam is profoundly uplifting, even if you and your one hundred new buddies don’t have all that much to do together.

After a cataclysmic event of cosmic proportions, you find yourself alone in the dark. The hat-wearing cube you control goes by Mayor, but that title doesn’t currently hold much weight. Then you meet a tiny pebble who joins your party, and soon after, a rock. You stumble into more and more such friends, with whom you can interact and control in various ways. As the party grows, the veil of darkness lifts to reveal a new world of possibilities for the Mayor and company.

Wattam is divided into four regions, each one themed after one of the four seasons. However, on these four little islands is a potential cast of over one hundred unique characters. While the small, flat islands don’t make for much of a playspace, the crowd of oddball characters more than makes up for it. By controlling certain characters and leveraging their peculiar attributes, you can work your way through the story, shaping this barren world as you go. 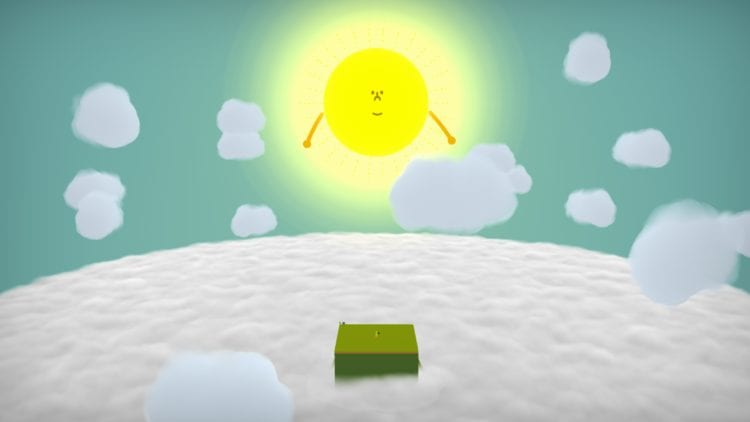 That platform down there represents a quarter of the game world. And that’s okay.

One hundred’s a crowd

Wattam has no de facto protagonist, as players can control whichever character they choose. However, the Mayor is best suited to the role, courtesy of their quirky exploding hat trick. Nothing brings friends together quite like the visual expressiveness of a good hat-induced explosion. Characters can also hold hands, forming circles or helping slower characters travel faster. Many have special abilities, much like the hat bomb.

The unfortunate truth, though, is that not all friends are created equal. Those with interesting abilities will prove more valuable and see more use as far as story objectives are concerned. Objectives occasionally leave you leeway to devise a clever solution or two, but more often than not, solutions are rigid. New characters don’t mean new tools, just new collectibles.

Certain side objectives do demand a little more creativity and thought, but it’s a far cry from the sandbox-style experience one would expect with such a zany cast. The lack of synergy and interplay is oftentimes disheartening and at odds with the central theme of Wattam. Each character’s value is in its aesthetic contributions, rather than its impact on the gameplay itself. 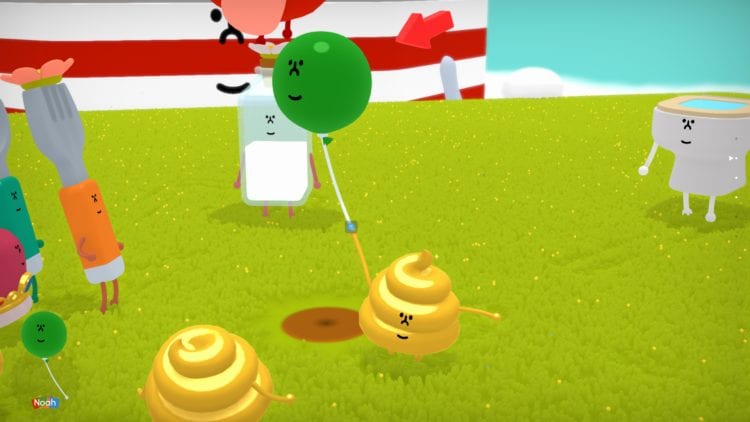 Surrounding yourself with supportive friends is the key to success.

Wattam’s storyline is a cornucopia of random tasks and showcases that makes every moment with the game genuinely captivating despite my gripes with the gameplay. It’s no more than a long set of simple fetch quests, but it’s here that the characters really breathe life into the experience. The nonsensical circumstances that they find themselves in introduce a steady stream of new stimuli. This, in turn, completely kills the monotony that plagues your standard fetch quests.

Chasing down fish eggs, taking a balloon up to the sun, battling a doll with an electric fan — there’s never a dull moment in Wattam. Visually, the game is plenty diverse as well. The vibrant color palette and plethora of shapes and sizes prove more than enough reason to hunt down every character. More characters mean more to look at, after all. It’s quite the feat, seeing as the world of Wattam isn’t much more than four square landmasses, but it’s one that Keita Takahashi accomplishes time and time again with his games’ signature art style.

Perhaps even more engrossing is the game’s score, which emphasizes diversity by providing each and every character with their own unique musical flavor. One character’s supporting tune might swap out the lead instrument for another, for example. How the audiovisual experience highlights the unique personalities of each character is Wattam’s predominant strength. It’s just a bit of shame that these personalities couldn’t be better reflected in the characters’ interactions as well. 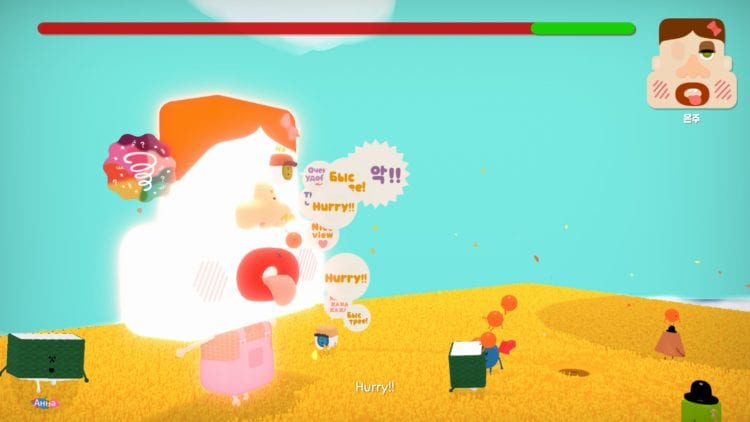 Wattam is oozing with personality.

“Charming”, “lively”, and “whimsical” are all traits that can be attributed to any Keita Takahashi work. Wattam’s visuals, score, and outlandish scenarios are unrivaled in how they contribute to that trademark whimsical, childlike aesthetic. But while the game does an incredible job making players feel welcome, it’s woefully apparent that it offers little in the way of gameplay to keep them engaged beyond the short story.

Wattam is now available on the Epic Games Store.

Wattam features the best visuals, score, and cast to ever grace a Keita Takahashi game, but its gameplay proves to be a touch too shallow to preserve that childlike wonder beyond its four-hour story.