A surprising announcement came this week, as Bandai Namco revealed that its popular title Katamari Damacy Reroll is coming to PC via Steam. Below is part of the announcement via the Official Press Release. For those who have never played this rather unique and interesting title, now is your chance. This is fully remastered version of the 2004 original PlayStation 2 game.

The game’s premise is that of a puzzle game, where you roll a sticky ball around a truly crazy, whimsical world, and basically stick all different kind of objects onto it (even mountains).

“The Dashing Prince and King of All Cosmos will return on December 7, 2018 in Katamari Damacy REROLL™ for Nintendo Switch™ and PC via STEAM®. Roll through inventive and quirky levels gathering up progressively larger items to beat each level’s “par” size before the timer runs out. With its unique visual style and fun J-pop soundtrack, Katamari Damacy REROLL is a truly memorable title for anyone who is young at heart!” 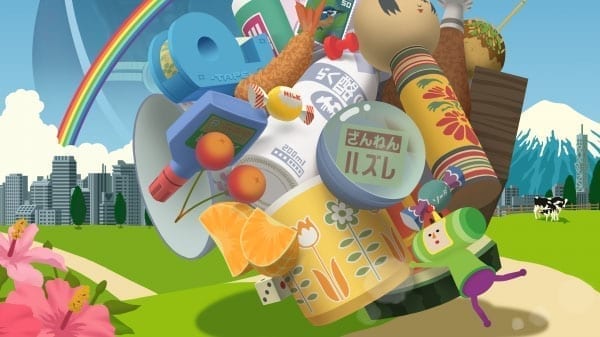 The King of All Cosmos has knocked out all the stars in the sky after a particularly rambunctious night of fun. Realizing his mistake, The King has tasked his young son, The Prince, to go to Earth and roll up as many things as possible to recreate the missing celestial bodies. Paper clips, books, cars, buildings, mountains, and continents, nothing is too big or small for The Prince and his adhesive Katamari ball. Katamari Damacy REROLL will feature remastered graphics and cut scenes.

“Katamari Damacy is a game of pure joy. From the whimsical story, colorful graphics, cute characters, and delightful J-pop soundtrack, the game simply exudes light-hearted fun.” said Abelina Villegas, Associate Brand Manager for BANDAI NAMCO Entertainment America Inc. “We aim to delight returning fans of the franchise as well as those who may not have had a chance to be on the ball the first time around with Katamari Damacy REROLL.”

Players won’t have to wait long for this game to release. It hits the Steam store on December 7.