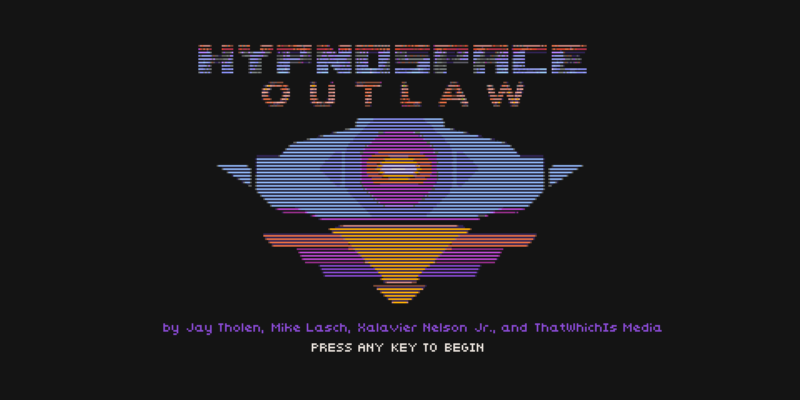 Weird Wednesday is a chance for us to dive into the stranger PC games that have been released over the last few decades. This week, we take a look at Hypnospace Outlaw, a game best described as a ’90s web surfing simulator. Released in March 2019, this game manages to capture the soul of the DIY internet, a place where consumers and creators were one and the same. 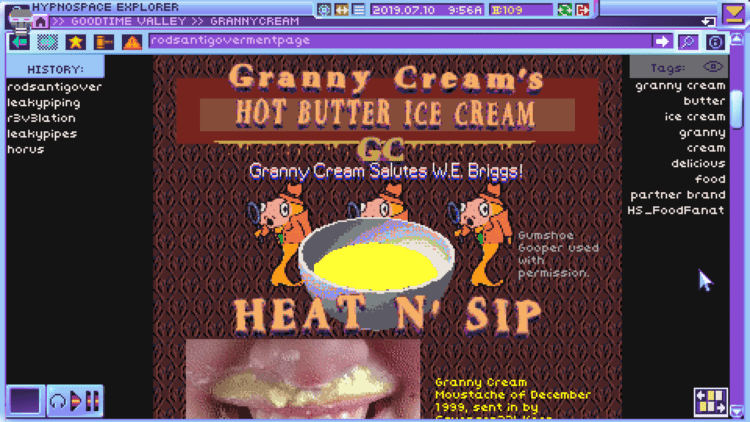 In this universe, people browse Hypnospace’s social media pages in their sleep, chatting with others and updating their own pages. You play as an enforcer—a moderator for the websites—and report rule violations.

[Warning: This article contains minor and (in the final section) major game spoilers!]

I’m usually wary of games that bring up ’90s culture at all. Most of the time, it ends up being full of half-hearted references to Nickelodeon, and none of it feels original. That’s the difficulty with writing, though, especially when it comes to humor and satire—the writers need to find some connection with the audience while making it feel new. In essence, they can’t reinvent the wheel, nor can they use square wheels; they have to try something different.

With that said, Hypnospace Outlaw finds that difficult balance between nostalgia and innovation. And it’s hilarious. While the in-game company spouts corporate nonsense about building the future, companies pump out crappy music to advertise their crappy pizza. The game has plenty of loud humor, but much of it is subtle, soft-spoken. 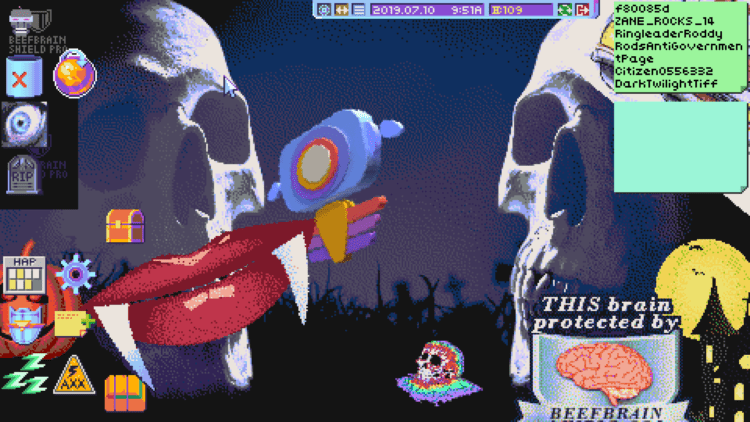 My in-game desktop ended up a bit of a mess.

I particularly like the slowly evolving story of Icicle Kid. Basically, Icicle Kid wants to become part of the coolpunk music scene, and he posts his song “ice 2 meet U.” However, the music is completely the wrong style for the genre, and he’s completely oblivious to that. Later, he fully leaves the coolpunk scene because Fre3zer—a coolpunk star—was caught lip-syncing. Icicle Kid then moves over to the fungus music genre.

As it turns out, Fre3zer is also secretly FatherFungus, the creator of the anti-consumerist fungus movement. It’s all a convoluted mess with petty celebrity drama, and it’s beautiful to watch.

And yet, none of this drama matters.

In fact, I’d say that 80 to 90 percent of the pages in the game don’t relate to the main story at all. Instead, the game continually pushes you to tangential storylines, odd rivalries, and conspiracy theories. The pages and stories feel unique enough to be engaging, and I found myself repeatedly visiting some users’ sites just to better understand who they were. 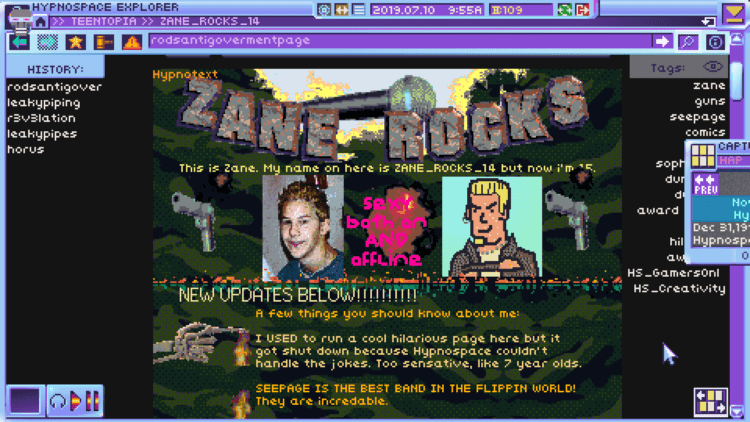 Zane has a reputation to uphold.

Browsing was largely what many of us did in the mid-to-late ’90s. GeoCities and Angelfire were the go-to places for customized sites, and even if they used layouts, they were unique enough to instantly show creators’ personality. A handful of sites like Time Cube existed outside those realms, but as search engine optimization grew, those outliers disappeared. The internet has become much more mainstream, much more normal.

That’s not necessarily a bad thing, of course. It’s much easier these days to find information we want. But there’s still some sense of loss, a feeling that part of the internet’s culture has died. Hypnospace Outlaw touches that sense of nostalgia like no other game I’ve seen.

Loss is real in Hypnospace Outlaw. After a devastating bug in the software, several people die, and the service is shut down. You return more than a decade later to archive the sites — to preserve some of that history that would otherwise disappear. 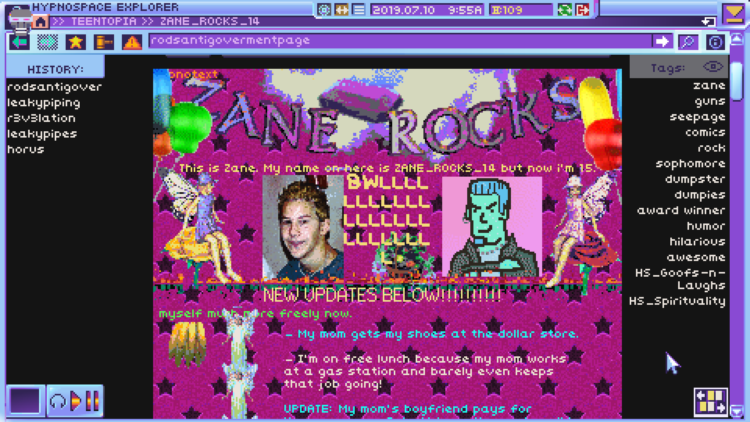 Hacking and harassment is bad, but having this be the final memorial for a user is worse.

Technically, nothing really changes in these sites. They exist frozen in time. But just knowing that things will never go back to the way they were, that some of these people died, changes the entire mood. In a way, you explore these sites to help memorialize people’s lives; you explore to help others remember those good times. Even the drama has some sort of charm—it’s petty, sure, but it’s from people who just tried to live their lives.

But we, as humans, have this unique capacity to miss things we’ve never truly known. While discussing the extinction of a bird in A Sand County Almanac, conservationist Aldo Leopold wrote, “To love what was is a new thing under the sun… To see America as history, to conceive of destiny as a becoming, to smell a hickory tree through the still lapse of ages—all these things are possible for us…” Most would describe this love as nostalgia, but it’s more complicated. It’s also a wish that things could go back to the way they were. Every day, we have memorials created from online profiles, pages that are still images of a person’s last thoughts.

Not many games have managed to depict this complicated emotion, this desire for a better past. Hypnospace Outlaw captures that sense of nostalgia.

Jim is Moving Out! set to release July 19 on Steam

By Kevin Foley19 hours ago
Features