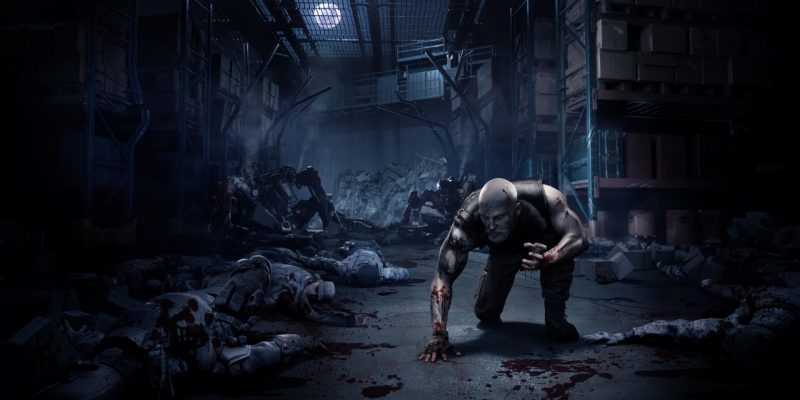 There have been a select few titles based on the World of Darkness tabletop RPGs. We’ve seen games like Vampire: The Masquerade – Bloodlines, Hunter: The Reckoning, and various visual novel spinoffs. Now, we’re set for the release of Werewolf: The Apocalypse – Earthblood.

With only a single visual novel based on the license, developer Cyanide Studios and publisher Nacon set out to craft an action-packed experience. Regrettably, the more I reviewed Werewolf: The Apocalypse – Earthblood, the more I realized that it hardly offered anything that piqued my interest.

In Werewolf: The Apocalypse – Earthblood, you play as Cahal, an eco-terrorist who’s also a Garou. These beings are able to shapeshift between human and wolf forms, and they consider themselves as the guardians of nature. Cahal and his cohorts seek to thwart the plans of Endron (a megacorporation with a name that’s too on the nose). The company isn’t just polluting the planet, but it’s also under the influence of the Wyrm, a godlike entity that corrupts humans.

The game’s plot is your standard, generic, run-of-the-mill “ragtag group versus evil corporation” trope. It doesn’t help matters that the narrative and pacing are also problematic. Even voiceovers and dialogue lines are delivered in such a terrible way that you’ll roll your eyes.

At the very least, Werewolf: The Apocalypse – Earthblood does give you an inkling of the other powers at play in the universe (i.e., the Wyrm, guardian spirits, and a couple of Garou tribes that you meet). Beyond these, however, you’re looking at a threadbare narrative that’s about as exciting as walking your dog at the park. 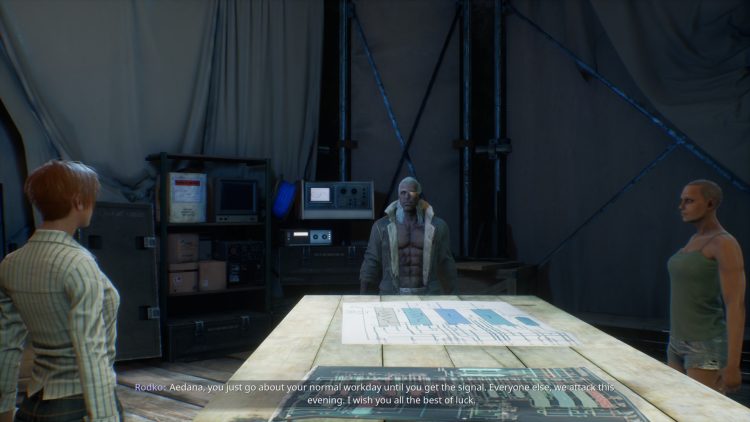 If the threadbare plot wasn’t enough to dissuade you, then the core gameplay just might. You see, Werewolf: The Apocalypse – Earthblood is considered a stealth-action game. One can think of other titles in the genre such as Metal Gear Solid, Splinter Cell, and the more recent Assassin’s Creed Valhalla and Hitman 3.

Obviously, it’d be unfair to expect AAA levels of polish. But, suffice to say, one should still hope that Earthblood has something to spark interest and engagement. After all, Cyanide had its own stealth-action outing with the Styx games in 2014 and 2017.

Sadly, Earthblood doesn’t offer an enticing gameplay loop. The campaign is broken down into around half a dozen missions set in three locations: the forests of Washington, the deserts of Nevada, and an oil rig in the middle of the ocean. The extremely linear campaign should take you less than 10 hours to complete — and with good reason, since you’d want to get it over with. 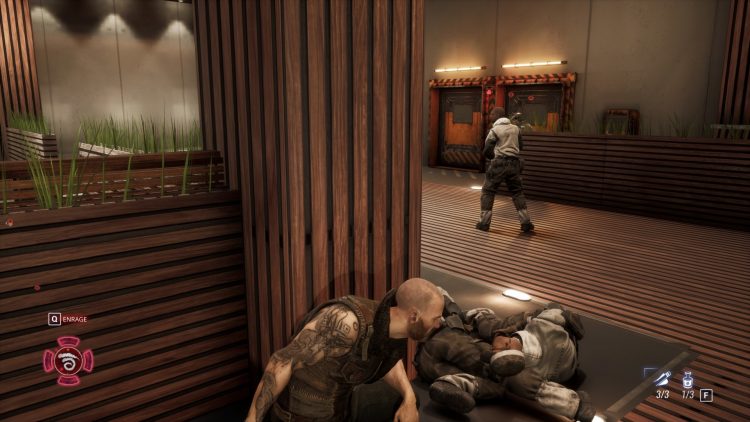 Once you start a mission, Cahal just goes from one room to the next, carefully avoiding guards or crossing ventilation shafts as a wolf.

Enemy AI can be considered both braindead and erratic. There are times when no one will notice Cahal take down a soldier, and there are other instances when they’ll spot him behind cover. Every now and then, an entire bunch could happily wade towards your location. And you can simply eliminate them without anyone noticing. 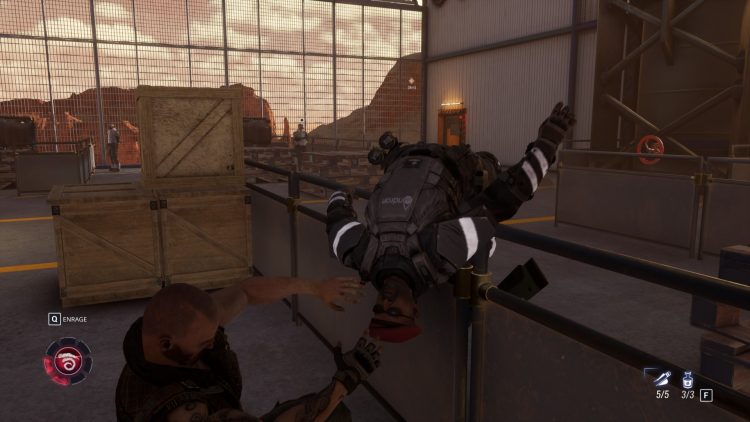 Worse, for a stealth-action game, it barely implements anything for the “stealth” part. At best, you could sabotage reinforcement doorways or disable cameras and turrets. Cahal’s wolf form can bark too, but it’s not a helpful action. Likewise, you won’t see other means of distraction or traversal systems. You can’t throw items, place traps, rappel/hang from ledges, or even drag/hide bodies.

It’s as basic as basic gets. When you think of mechanics from other titles that came out in past decades, Werewolf: The Apocalypse – Earthblood feels like a generic clone. 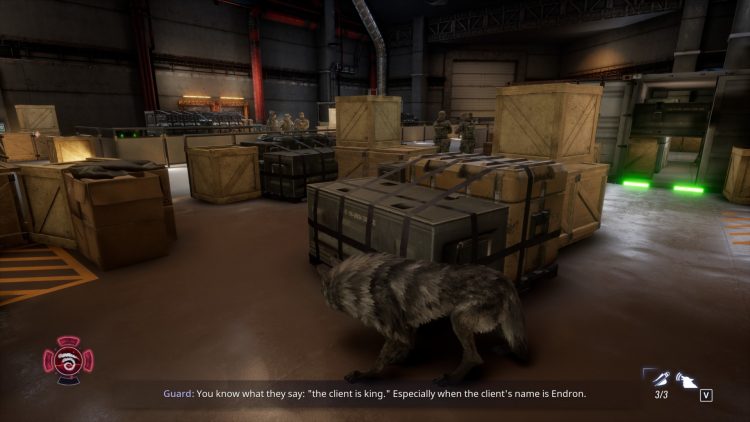 Assuming you do get discovered, this is where the “action” part kicks in. Cahal can transform into a Crinos (werewolf), and combat turns into a hack-and-slash affair akin to Dynasty Warriors. Cahal’s foes initially range from Endron soldiers with shotguns, sniper rifles, and shields to operators in exo-suit mechs. Then, halfway through the game, you’ll face off against Wyrm-infused Fomori (think of them as tentacle monsters). The game also has a few boss battles, which include going up against rival werewolves.

As for abilities, Cahal can unlock perks via experience points, but the skill tree (if we can call it that) is so lacking that it’s almost an afterthought. The Crinos also has two stances (Agile and Heavy), but I barely used the latter. Moreover, Cahal can unleash the Crinos’ frenzy, empowering his swipes and slashes. You may also grab enemies and execute those whose HP bars have been depleted. 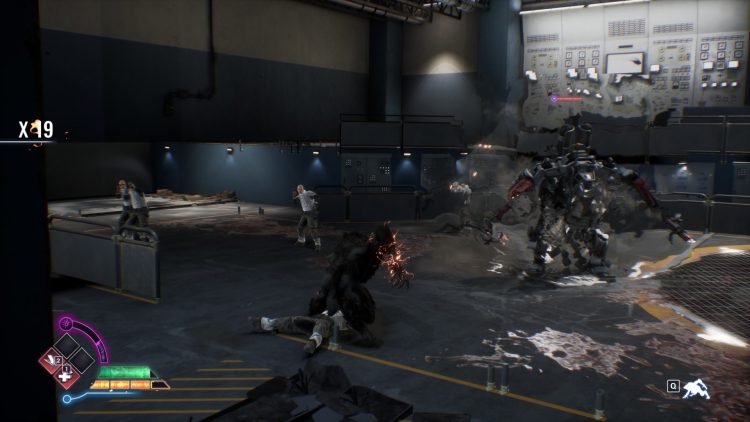 All in all, combat leaves a lot to be desired. General movement, dodging, and camera lock-on all feel janky. Animations and ragdoll physics also look off. Characters appear stiff when moving around or pivoting in place, but will suddenly become as light as feathers the moment you smack them around. There’s even a bug where Cahal’s Leap ability animation causes a slow-mo effect that leaves him open to attack.

With enemy variety taken into consideration (including boss fights), battles are still hokey and humdrum. They seem more like intervals that are inserted between the banal stealth mechanics and exploration. 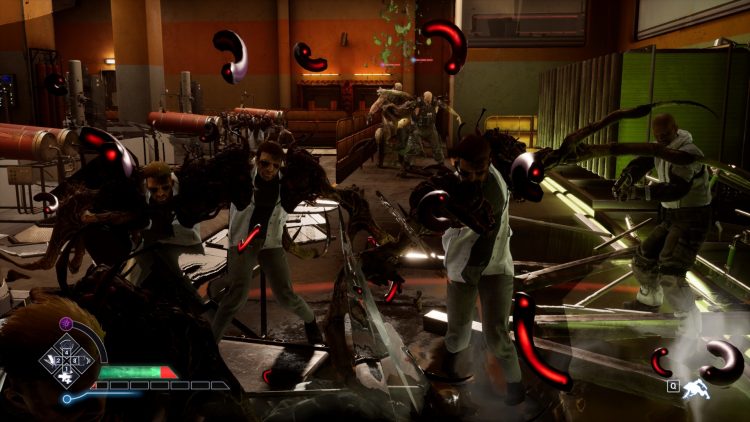 Speaking of cinematics, the scenes in Werewolf: The Apocalypse – Earthblood looked like rough, low-res renders from the PS3/Xbox 360 era. Moreover, as noted in our technical review, the game has very low system requirements. Sadly, that’s due to a lack of high-resolution textures and polish. Furthermore, aside from Cahal, almost every NPC in the game has a blank, thousand-yard stare. The character and environment textures simply look a decade old.

Overall, Werewolf: The Apocalypse – Earthblood is just a forgettable, bland, and boring romp. Given that the game ends with its story unresolved, I can’t help but surmise that it’s just wishful thinking. If this is the first in a series based on the tabletop license, then it’s off to a poor start. 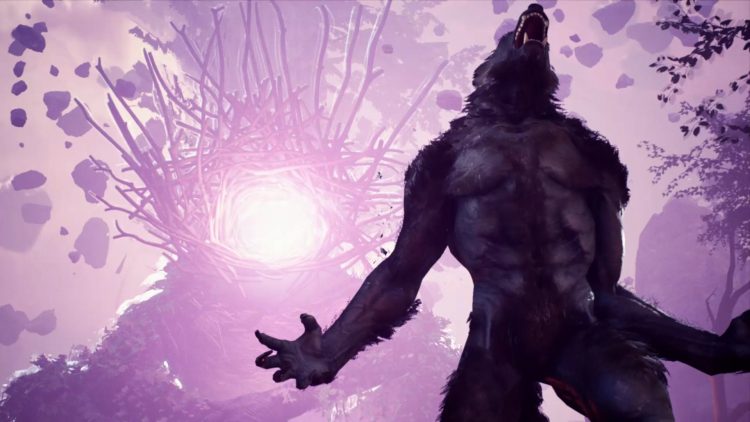 A stealth-action game based on the tabletop RPG.
4

Bland, boring, repetitive, tedious, and totally forgettable, Werewolf: The Apocalypse - Earthblood is a game that should go back to the doghouse.

By Steven Wong6 hours ago
Reviews