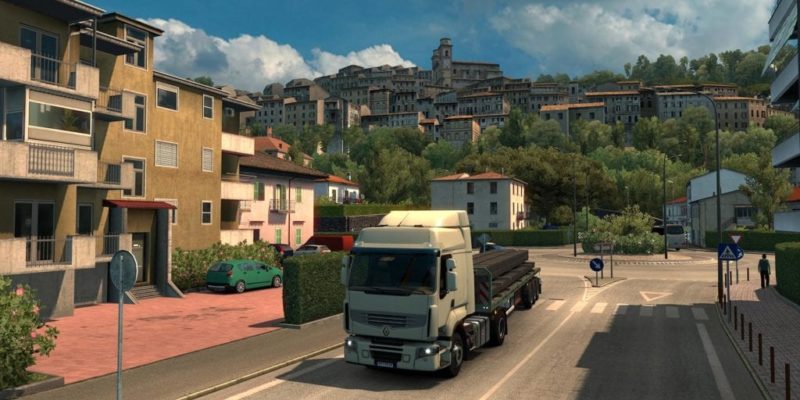 The simulator genre is pretty massive. There’s a simulator for basically anything. Airplanes, boats, trucks, trains, construction machinery, farming, even…surgery. If you can think of a profession/activity that exists, chances are there’s a simulator of some kind for it out there. I’ve been a gamer since I was 3 years old and I’ve always been enamored with simulators. I’m 19 now, so I’ve played quite a number of simulators over the years. Still, I’m left wondering—why are they so popular?

What sets simulators apart from other games is that they’re not supposed to be considered ‘games’ in the first place. Unlike most traditional games which tend to take liberties with realism (jumping off insane heights like it’s nothing, for instance) and often take place in fantasy/fictional worlds,  simulators almost always take place right in our own world. The most complex simulators take that realism factor and push it as hard as possible to really drive home the point that it’s supposed to be the real world, just virtualized. So, if the main activity is mundane like plowing fields with a tractor or going back and forth on the same track as a tram operator, a simulator is supposed to take that experience and rebuild it in virtual form; ‘mundaneness’ still intact.

It’s for this reason that some gamers are perplexed by the fans of simulators. “How can you enjoy something so…boring?”, is a statement I’ve seen a lot. Indeed, simulators typically aren’t as action-packed and bedazzling as their more over-the-top counterparts. But, that’s really what makes them the go-to genre for a lot of folks: because they’re not like traditional games. Simulators are built on the premise of being complex and typically a bit slow. For some people, myself included, that’s actually something rather enjoyable.

Over the years, I’ve played a huge variety of simulators. Despite them all being in different sub-genres, the whole ‘simulator’ DNA can typically be found across the board. You wouldn’t expect a flight simulator to be the same as a farming simulator, but to a degree, they actually are similar. By that, I mean that they’re both trying to mimic real life in their own way. There are little realistic details that immerse you into the experience and make you think, just a little bit, that you’re ‘actually’ doing what you’re essentially ‘pretending’ to do. That’s why a lot of simulator fans tend to enjoy a variety of franchises.

Simulators span different sub-genres, but that ‘realism’ DNA is what makes them all so charming.

I’ve always loved flying (my first word was actually “bird”) so flight simulators were basically ‘love at first sight’ for me. It was enthralling to be able to control all sorts of different airplanes and recreate an actual flight that I took. My love for flight sims lead to me actually beginning to train to become a pilot. I even took a real training flight! Interestingly enough, going on that training flight showed me that as ‘realistic’ as simulators try to be, they honestly can’t fully recreate actual life.
That shouldn’t really be a surprise to anyone; our world is pretty complex. There are still things that we don’t fully understand about life even today. Combine that with the limitations of technology, and it’s pretty much expected that simulators aren’t a 1:1 recreation of the world. However, that still doesn’t stop them from being hits. Why exactly is that? Well, it’s because not everyone gets a chance to follow their passion in life. So, simulators are the next best thing.

Becoming a pilot is not easy. It takes a lot of time, work and definitely money. I haven’t completed my training yet (it’s currently on pause since I’m now an expatriate), but I can still carry out my passion and keep my skills sharp thanks to regular virtual flights on my simulator. There are some folks who dream of being pilots and they know they most likely never will actually be able to do so; I’m not even sure if I will. That’s why it’s great that simulators exist and are only getting better. It’s not as great as the real thing, but it still fills that gap somehow. You know how kids like to ‘play pretend’? Usually they’ll use toys and common objects to make an imaginative experience seem real, like being an astronaut or a firefighter. Playing a simulator is basically a more mature and complex version of that.

Flying a real plane truly proved to me that simulators can’t fully capture a real-life experience, but they still come surprisingly close.

Another sub-genre of simulators that I’m a fan of is trucking and farming. I don’t really have any desire to become a truck driver and definitely not a farmer, but I do like big machines. I like the way they sound and even move. So, playing American Truck Simulator and Farming Simulator 17 is always pretty fun. There’s something so charming about being able to dive into a simulator and get a feel for what an experience ‘could’ be like. It’s just you and the simulator minus all the expenses and headaches that come with the actual activities that you’re virtualizing.

I think what makes simulators mostly great is that they allow you to be a ‘jack of all trades’. How many people do you know who are pilots, but also farmers, sailors, truck drivers and train conductors? That’s not exactly a typical skillset. Yet, simmers get to be all these things and more. Sure, I know that playing Farming Simulator doesn’t mean I can just waltz onto a real farm and know the perfect way to handle it, but I do know just a little more about farming thanks to the simulator because of its realistic factors. With that in mind, I guess it’s fair to say that simulators also happen to make learning fun. They’re still technically ‘games’, so you end up enjoying the experience while also getting a bit of an education. I think I would be much better at math if I learned something like algebra in game form.

In any case, the popularity of simulators all boil down to their ability to semi-recreate the real world whilst making the activities they’re virtualizing both accessible and enjoyable. You don’t need a real driver’s license to play something like Euro Truck Simulator 2. You don’t have to gain years of experience and thousands of flight hours in order to go up in a Boeing 747 in Flight Simulator X. Simulators take real-world activities and shrink them down into fun experiences that can be enjoyed by any average Joe who finds them interesting. Not to mention they somehow take mundane things like fertilizing a field with a factor and somehow make it fun. I don’t know why I find it enjoyable and end up spending hours doing it, but I just do, okay?

Less ironically, I’ve been doing a few flights on my flight simulator while I typed up this article. I’m sure real pilots must spend their downtime in-flight doing other stuff while the autopilot takes care of the plane—don’t judge me. Anyway, what simulator passions do you have? Leave a comment below and tell me about your simming experiences!

Whether it be planes, trains, boats or tractors—simulators are pretty awesome!